Fur is one of the most difficult textiles to imitate. It also meets with a lot of resistance because its production requires killing animals. But Bio Market Insights now reports that the Dutch company Geneus Biotech has grown mink fur in the lab. The new material is called FUROIDTM. So far, it just exists in a prototype of 2 cm by 2 cm; but the company is confident that their process can be scaled up. And that their material will then be an alternative to animal-grown fur. 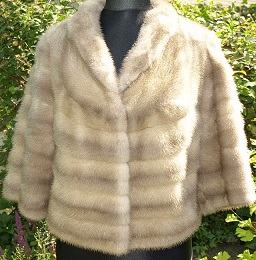 There has been a battleground on fur for quite a long time already. Eco-conscious consumers have been critical of industry’s practices. A lot of animals are affected in the production of, say, a mink stole. In this case, the production of 1 kg of fur requires raising (and killing) 11 animals. This eco-consciousness started in the seventies, then died down, but is on the rise again now. Particularly among the young, the consumers of the future. In many countries, public opinion tends to support radical measures like a complete ban on the import and sale of animal fur. Over the past decade, companies like Burberry and Gucci phased out animal fur from their collections. While others, like Louis Vuitton, Fendi and Dior continued to sell the product. But the sector feels the heat coming, and therefore generally welcomes the advent of viable alternatives.

But so far, the alternatives weren’t viable enough. Oil-based plastic fibres fall short of the luxurious feel and the insulating properties characteristic of the real thing. Environmentalists opposed the ecological consequences of the oil-based product. Then, plant-based alternatives came to the market. But these too couldn’t match the quality and feel of the original. The real product has a very complicated structure, interweaving many different proteins in very fine patterns. 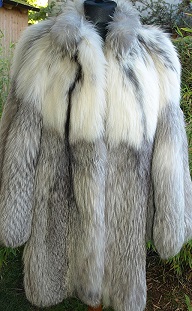 So in a sense it may come as a relief to the sector that there is a qualitatively perfect alternative on the horizon. A product almost identical to the original, but made of vegetable feedstock though a biotechnological process. FUROID’s process starts with the retrieval of cells from an animal. These are engineered into artificial versions of stem cells. Subsequently, researchers produce a tissue-like substrate from a large number of these cells. When they bioprint hair follicles into this substrate, they arrive at a substance that resembles the skin of living animals. The substrate will then start producing hairs that together are almost identical to the fur of the original animal. This can be done with mink, or potentially with any fur-covered animal.

In traditional mink industry, product quality may vary. And the skin, once recovered, will have to be processed. It needs to be tanned. The product needs to be dyed. All these steps can be condensed into one, in a synbio process. Hair density and growth length can be pre-set. Colour patterns can be determined in advance. ‘You can bioprint really crazy patterns – zebra, tiger on mink fur, or whatever you like,’ says Henri Kunz, the developer of the process, to Bio Market Insights.

The process produces a fur, almost identical to animal fur in all respects. In fact, the resemblance is so close that the company needs to mark its product digitally. In order to prevent that illegal poachers will sell their product as being lab-produced.

If it comes to the market, FUROID’s product will be environmentally superior to any traditional fur. As Bio Market Insights reports, 1 kg of traditional mink will require 563 kg of feed, consisting of 360 kg chicken offal, 158 kg fish offal and 45 kg wheat. Most likely, the new product will be superior in GHG emissions as well. But Geneus Biotech’s Kunz waits for production having come to scale for making any claims in this area.

The future of fur

Will the new product disrupt the existing industry? Kunz tends to preserve continuity with industry. He doesn’t want fur to turn into a mass commodity, as ‘this will only worsen the fashion industry’s problem with over-production and waste.’ He prefers to build transitional bridges with the old industry. He cultivates ties with breeders, sellers, and artisans in developing his product. Stressing continuity rather than a break with the past.

In 2020, the global fur industry was still worth $25.1 billion. FUROID is keen to supply this high-end market, rather than letting fur become a mass commodity. FUROID has all characteristics of a luxury AND environmentally sustainable product. If it comes to the market (and that may still take quite a while), it will offer luxury, together with sustainability and ethical benefits. The whole story testifies to the power of biotechnology. A much-debated process (for ethical or environmental reasons) becomes acceptable as soon as we transfer its genetic code to another, less criticized organism.

Interesting? Then also read:
Can we engineer life? Plant gene technology, modern techniques
New materials as a source of inspiration for the fashion industry
Genetically engineered spider silk
Fibres of the future: cellulosic fibres from wood