Modern techniques are in very rapid development. We can now analyse the most complex DNAs down to the level of individual base pairs, knowledge that will enable us to continue to produce enough food in times of climate change. And we get an increasing number of techniques to our disposal that make use of this knowledge and strictly speaking fall outside the realm of genetic modification. Of course, this proves to be a new battling ground. In Europe, politics seems to be paralyzed on these issues, whereas judges take a conservative view.

Hans Tramper is professor emeritus in Bioprocess Technology at Wageningen University and reflects on the development of his subject in a series of essays. His pieces were published so far on 18 June, 30 June, 11 July, 22 July, 19 August , 10 September, 21 September, 30 September, 10 October, 31 October and 8 November 2018.

The first printout of the human genome to be presented as a series of books. The 3.4 billion units of DNA code are transcribed into more than a hundred volumes, each a thousand pages long, in small type. Photo: Wikimedia Commons.

Three recent modern techniques that will define the future spring to mind: next generation sequencing (NGS), RNA-interference (RNAi) and Novel Plant Breeding Techniques (NPBTs). The Flemish Institute for Biotechnology (VIB) recently published a fine and educational book on plant breeding in general. It is called From plant to crop: past, present and future of plant breeding (in Dutch). It is downloadable as pdf. I made ample use of it in writing this part of my essay. I will discuss NPTSs in part 5 of this essay.

NGS is the present-day technique used to unravel hereditary DNA codes, we spell them out so to speak. The finest example is the human genome. Dozens of labs across the world cooperated fifteen years on mapping the sequence of the nucleotides. In 2000 the project is finished, ‘officially’, but in reality it does not amount to more than a rough draft. Three billion base pairs, total cost almost three billion dollars, one dollar per base pair. Now, in 2018, sequencing the genome of a human individual will take days rather than years. The thousand-dollar threshold has already been broken a few years ago. Companies offer individual human sequencing for less than 1000 dollars, i.e. less than 33 dollar cents per million base pairs. And sequencing is still speeding up. 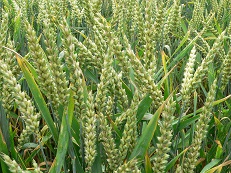 The genome of the wheat plant has now been unravelled. Photo: Wikimedia Commons.

These modern techniques with their extremely fast, affordable genome sequencing offer opportunities never dreamt of. With them, plant breeders will quickly and cheaply sequence crop genomes, and compile libraries of beneficial properties and the corresponding genes (annotation). The most sizeable job so far was the wheat genome, a major challenge. It was published August 17, 2018. And not just a rough draft! The 21 chromosomes’ base pair sequences are now known in detail, like the exact location of the 107,891 genes and more than 4 million molecular markers (see below). Now we also have information on the ordering of the genes, with the regulating elements that influence the expression of the genes. Moreover, a corresponding article supplies us with an annotation (coupling of properties and genes) and information for researchers, breeders and growers in support of a better understanding of the way in which wheat genes define properties. This will be helpful in the development of new wheat varieties with higher yields, better adaptiveness to environmental changes, and better resistance do diseases. We should keep in mind that wheat is very vulnerable to draught and flooding. Moreover, yearly yield losses due to plagues like wheat rust (a mould) are substantial. We should also keep in mind that wheat is the most abundant crop in the world, that supplies the human diet with more protein than meat, and accounts for about one fifth of mean calorie consumption. The base pair sequence in the genome and other knowledge about wheat now opens up a much faster development of wheat varieties adapted to climate change, with higher yields and better nutritional values – and better sustainability as well.

By now, we have coupled a large amount of plant properties to the bits of DNA (annotation), the genes responsible for them. By tracking a specific DNA fragment, a so-called marker, in a crossbred product we can determine at a very early stage if the plant will for instance be disease resistant; and without having to infect the plant. If we know which genes are responsible for a certain property, or if we know neighbouring genes, we can select plants on the basis of their DNA instead of on appearance. We can subsequently determine with molecular DNA marker techniques which combination of genes is present in the DNA, for each descendant of a given crossbreeding activity. We can therefore quickly select the descendants with the most favourable properties in order use them in subsequent stages of the breeding programme. In most cases, the DNA to be analysed will be prepared from leaf tissue of a young pant, but nowadays breeders can also use ‘seed chipping’, a technology in which a tiny bit is chipped off the seed without damaging the embryo or impairing the seed’s ability to germinate. Using seed chipping, we can determine at a very early stage which seeds have favourable properties – we can then even dispense with the need to sow the less suitable seeds. This amounts to a major reduction of the breeding programme, and hence of selection costs. Combined with the next two revolutionary modern techniques, we can therefore envisage the selection of the optimal crop for each environment. 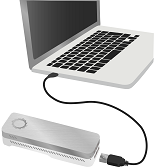 Quite another application of this technique was published on October 16, 2018, something new globally. An international team of researchers used genome sequences determined with a ‘hand sequencer’ for diagnosing plant pathogens on the spot, that cause a disease that destroys crops on African farms. So we can now prevent crop failure in crops that are vital to the African economy. For smallholder farmers these modern techniques might mean the difference between having food and an income at all, or to be hungry.

The second very promising development is RNA interference (RNAi). According to the Dutch website www.allesoverdna.nl, RNAi is a process that slows down gene expression by destruction or blockade of mRNA molecules (messenger RNA) before translation can take place. Short strings of RNA, microRNAs (miRNA) or the somewhat different small interfering RNAs (siRNA), couple themselves to pieces of mRNA with a complementary order of nucleotides. This prevents translation to take place, or it promotes destruction of this mRNA by cell enzymes. Now researchers use this knowledge for application of RNAi as a technique in the lab. Through the introduction of a specific double string RNA molecule into the cell, researchers can very precisely switch off the expression of a gene. With this technique, the DNA code of the organisms remains intact. Breeders use this technique in order to establish the function of genes, and moreover to change the metabolism or to make plants insect resistant. The first development requests have been filed. Now the million-dollar question is whether this amounts to genetic modification, the nucleotide sequences remaining intact. The answer to this question has major consequences for procedures to be followed, with their concomitant development time and costs. When these modern techniques are classified as genetic modification, then in most cases development time would become unacceptably long, rendering these techniques accessible to the big multinational corporations exclusively. Therefore, adaptation of existing laws and regulations is urgently required. But July 25, 2018, the European Court of Justice ruled that products produced by these modern techniques, including gene editing, would have to be classified as genetic modification. This closes the door to all new developments in plant gene technology. Politics will have to judge once more on these modern techniques; the same politics that continually avoids taking decisions on these issues, causing developments in Europe to come to a halt. In the Netherlands, minister for Agriculture Carola Schouten recently made a U-turn. The newspaper de Volkskrant ran an article, 31 October 2018, headed ‘Schouten opens the door for gene modification’. At first, she held the opinion that agriculture as a whole should become organic. The article now quotes her saying: ‘In the course of time I have acknowledged that my view was much too narrow. Now I would like to have more room for experimenting with CRISPR-Cas.’ 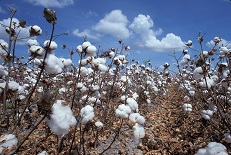 The USA has taken a big step further. On October 17, 2018, Reuters’s Science News wrote that one of the American supervising bodies, the U.S. Department of Agriculture Animal and Plant Health Inspection Service (AAPHIS), has removed the obstacles for farmers to grow cotton that has been genetically modified in such a way that the seed is edible for humans. Researchers of Texas A&M University, using RNAi, have disabled a gene so that cotton seed does not contain gossypol anymore, a compound poisonous to humans. Cotton is a much-grown crop on most continents. The fibres are used in the textile industry, and animal feed for ruminating animals is produced from the seeds, among other products. The researchers have improved the cotton plant in such a way that the seeds hardly contain any gossypol anymore; but in the rest of the plant, gossypol remains on the natural levels, important for plant resistance to insects and diseases. The whole seed can be processed to produce snacks or a paste that resembles peanut butter. The oil extracted from the seed can be used for baking and frying. The cake that remains, containing a lot of proteins, can be processed to produce flour for bread, tortillas etc. Only FDA has not yet given its approval. World-wide cotton is grown in some 80 countries, many of them in Asia and Africa with much malnourishment. Present cotton seed production would supply enough proteins to almost 600 million people, if permitted by the respective governments of course.

Mother nature itself transfers many genes

Our knowledge of genomes has deepened exponentially in the past two decades, by modern techniques like the highly increased speed of sequencing. We know now that in nature itself, all kinds of new DNA chunks are being integrated into plants, sourced from bacteria and viruses that infect plants for instance. We ourselves use such a bacterium (Agrobacterium tumefaciens) for genetic modification. We also know that plants have ‘jumping genes’ or transposons that can jump from one location in a genome to another one, and ‘settle’ there. We also often witness loss and gain of genes within a single species. Gene transfer among species (horizontal gene transfer) is also known to happen. In short, through whatever process new varieties are produced, be it through classical breeding or through genetic modification, we should always be aware that they can contain genes that do not yet belong to the food chain, and possibly even would not be from vegetal origin. We can even ask ourselves what the basis of rejection of genetic modification could be, even in the case of transgenesis (transfer of DNA from one species to another). Doesn’t nature itself use this process all the time?