They are so wonderful, the ads of ‘100% natural’ products. In pastels, images of cute flowers and little animals pass along. Natural is hip. For consumers who request ‘pure’, nature’s cruelty is carefully hidden away. And also the fact that an increasing number of these products are being manufactured through genetic modification. The public does not know, might even not want to know. What to do? 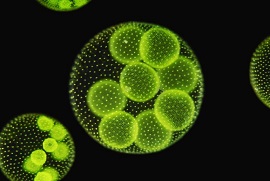 Jet fuel from modified algae is getting much cheaper.

The development of genetic modification has received yet another boost. The CRISPR technology, that allows modifications to be applied even much quicker and cheaper than with other technologies, is just a few years old and is being widely applied (and debated) already. Its success is enhanced by synthetic biology that researchers increasingly use, in which they devise from the computer new genes that do not occur in nature. For instance, jet fuel from modified algae is getting much cheaper. But public acceptance lags behind, anti GMO sentiment even seems to get stronger; a large part of the population rejects GMOs right away, unacquainted with the extent to which they are employed already in the production of everyday products like medicines, food and detergents. NGOs that oppose GMOs, like Greenpeace, Friends of the Earth, and to a lesser extent consumer organisations, simply stick to their rejection. In private, some of their representatives may concede that these ideas are at odds with rational arguments, are not realistic in the light of actual practice and do not differentiate between different kinds of genetic modification, but they add that ‘they cannot do otherwise, for else they would lose the support of their members’. So, these organisations keep alive the anti GMO views of which they themselves subsequently become the prisoners.

It is hard to find a solution for this problem, and the participants at the conference on ‘industrial biotechnology’, organised this week by RIVM and Rathenau Institute in The Hague, did not succeed in this either. Everyone knows that public opinion can make or break a new technology; genetic modification had been applied for thirty years already, as the general public became aware of what was going on and a strong opposition movement mounted. Industries fear a public beating and keep secret that somewhere in their production chain they make use of GMOs; even though in the long run this might even be more harmful than openness now. A company like Ecover that does try to be more open about it, does not succeed in breaking down the separation walls. Ecover’s Tom Domen indicated that the public nurtures a romantic idea of naturalness, as if things might turn worse if mankind were to be involved – an idea that they would like to discard. But the NGOs, who represent the ideas of the majority of their customers, and with whom they are in permanent consultation, simply keep opposing any kind of genetic modification. Even if the alternatives are not sustainable. 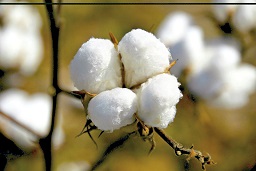 There are cultural differences among nations that influence their policies on green GMOs, like BT cotton.

Cultural differences in the perception of genetic modification

There may even be fundamental cultural differences between nations that contribute to their stands on GMOs. In his thought-provoking book ‘Cultural Politics and the Transatlantic Divide over GMOs’ (Palgrave MacMillan 2015, ISBN 978-0-230-28457-9), Hannes R. Stephan sheds light on the differences in the perception of ‘nature’ between Europeans and Americans, and their possible consequences for policies on genetic modification. For Europeans, the original perception of nature was fraught with myths and mysteries in which mankind itself participated; this influenced deeply the romantic idea of pastoral beauty, often mixed with nationalistic sentiment. This has been a long-standing source of resistance towards technological interventions in nature. In the New World, the immigrants quickly shed this idea because they had to ‘conquer’ a ‘wild’ continent. The American concept of ‘pristine’ nature is weaker than the European image of pastoral beauty, because mankind as such is not a part of it, and according to Stephan, this is one of the factors that contribute to the differences in acceptance of green biotechnology (modification of plants) between the two continents. But even so: if we consider industrial biotechnology (modification of microorganisms), Europeans as well as Americans accept the production of their antibiotics by the intermediate of GMOs. Would this ‘acceptance’ merely be the result of ignorance? Or would a new conceptual framework, centred around ‘precision’ (medicine, technology) be able open up a new discourse?