1973 was a remarkable year. We witnessed the first global energy crisis, leading to motor car-free Sundays in the Netherlands. In the US, president Nixon had to resign because of the Watergate affair. In the scope of the series of essays that I envisage, 1973 marks the start of gene technology.

In 1973, scientists performed the first recombinant DNA (r-DNA) experiments; gene technology started, classical biotechnology became modern. It was a special year for me as well: I graduated as a chemical engineer at Delft Technical University. Not very remarkable in itself, but then I decided to go to the US in order to study environmental technology. I chose Purdue University in West Lafayette, Indiana. In the end of 1973, I happened to run into two young professors, and we started talking. When I told them that I had just started to study environmental technology, they laughed out loud and said: ‘Surely, you are not going to clean up other people’s mess, come and join us, we develop clean processes.’ They enthused and convinced me, and I decided right away to join them and change subject again, even though I had just started another one. This is how I came into contact with modern biotechnology, in particular enzyme and gene technologies. From that moment onwards, I followed closely the much discussed and fascinating developments, reported on them, preferably for the general public, now again in this personal story.

In 1975, I returned to the Netherlands, and started as a Ph.D. student at the research group Organic Chemistry of Wageningen University. My doctoral research, application of enzymes in organic syntheses, was a pioneering subject in those days. It allowed me to follow closely all new developments in the field of modern biotechnology. After my Ph.D. in 1979, that continued. I stayed in Wageningen, now at the research group Process Technology, again with a pioneering task: starting bioprocess technological research and education. I continued my research on enzymes, but added living cells in the early ‘80s, at first bacteria, yeasts and moulds, and quickly afterwards also plant and insect cells. Mammal cells followed a few years later, and finally in the ‘90s sponge cells and algae. Mid-‘80s we started to use gene technology, at first with genetically modified (recombinant) baculoviruses in insect cell research. All our work was multidisciplinary, in line with the definition ‘biotechnology is the application-oriented integration of biological disciplines with process technology.’ In 1987 I was appointed professor in bioprocess technology and stayed in that position until my retirement in 2014. 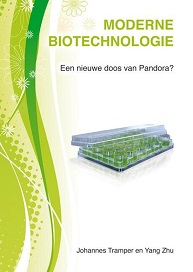 As for the development of bioprocess technological courses, I started adapting the then process technological courses by spiking them with biotechnological subjects. A fine example of this is the elaboration of a process scheme for the selective production of optically pure D-(-)-4-hydroxyphenylglycine (dextrorotatory) with a selective enzyme as a catalyst, as a potential alternative for the then prevailing chemical pathways leading to a racemic mixture. The optically pure form is a valuable feedstock for semisynthetic antibiotics. Starting from a then recent Japanese patent, a group of students drew up an integral process scheme in 1982, in the framework of the course Process Design; we published it in Trends in Biotechnology. By the end of the ‘80s I wrote the textbook Basic Bioreactor Design, with my colleague Klaas van ‘t Riet, that was published in 1991.

In 1990, Wageningen University started the first educational study of Bioprocess Technology in the Netherlands, later abbreviated to Biotechnology. Boosted by the political fiddling around the genetically modified (transgenic) Herman the Bull, discussions on genetic modification in the Netherlands flared up around that time. This led to paying increasing attention to the subject of ‘political issues surrounding modern biotechnology’ in the new curriculum. In those early ‘90s I started lecturing and discussing genetic modification on many locations, from my Pandora’s box. Often, people encouraged me to write down my story; finally, I did so, and in 2009 my book Modern biotechnology: a new Pandora’s box? (in Dutch) was published. In 2011, an updated English version was published, and a few years later, a Chinese textbook version. For my retirement in 2014 I wrote the book Gene whispering – Art and Science.

Since 2015, the CRISPR-Cas technology revolutionizes developments in modern biotechnology. This technology allows us to modify DNA with great precision, increasing very much our scope of engineering life. To me, this was the incentive to start writing this series of essays; I define engineering life as purposely engineering DNA, for human and animal wellbeing, and for better global sustainability, where wellbeing for everyone is my dream. For which audience do I intend to write these essays? For all lay people who like to read the science pages in newspapers and magazines, and who have some school knowledge of chemistry and biology. Of course I invite all anti-biotechnology activists to read my essays. But in my experience, these are rather inaccessible for facts and arguments. What can one expect?

In the second essay, I will briefly sketch the history of engineering life in general, and I will hint on its effect on human life in all its aspects, ‘life’. I will propose as my conviction that we need a transition that will lead us from the instable and unbalanced present situation to a much more balanced global society that will still be agreeable and sustainable for our grand- and greatgrandchildren. The transition that I envisage is in line with the seventeen new sustainable development goals, approved at the world climate conference in Paris, December 2015. My goal is not a global increase in wealth, but global wellbeing, meaning that people enjoy satisfaction in the condition of their lives. In the third essay I will treat this subject more extensively, also the importance of gene technology for the achievement of this goal. For I hold that gene technology can play a key role in this transition (but it is not a panacea!).

In subsequent essays, I will treat extensively recent developments in plant and animal gene technology, following some much-discussed and appealing examples. The most extensively discussed transgenic plant case, almost to the point of boredom, is that of Golden Rice.  The genetically modified eggplant is a more recent example, at least as interesting and controversial, that I will look into. The more pressing question, primarily in the EU, is whether crops will be classified as genetically modified, if they have been modified using the most modern techniques available but do not contain any DNA foreign to their species. In the US there is a tendency now to treat modern and classical breeding techniques as equal in such cases, i.e. not to impose special controls on such genetically modified varieties. As for animals, the transgenic mosquito intended to fight malaria, zika and dengue, is an important case in point. The troublesome idea here is the release of transgenic mosquitoes into nature. The last essays will treat the possible impact of gene technology on human wellbeing and human health. Will we ever reach the stage in which to each new-born baby will be issued a personal maintenance book, a personal lifestyle and a personal educational and training program, based on its DNA, in order to ensure for each individual the best opportunities for health and wellbeing? We are not there yet, but we are underway. The essential question is, how long it will take us to dare tackling the political taboo that surrounds gene technology, without drowning in the old morass of the classical eugenics.