‘Education is the most powerful weapon which you can use to change the world’ (Nelson Mandela). 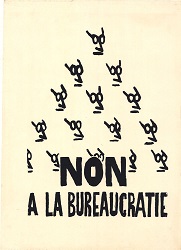 Paris 1968 was a defining moment for an entire generation.

In Essay 1 I reflected on my professional life after my graduation in Delft as a chemical engineer by the end of 1972. My choice for biotechnology in 1973 when studying at Purdue University was by chance, and changed my life. In the preceding period, too, chance was an important factor in my life. As a worker’s son, I had the rare opportunity to go to college-prep, just because our neighbour was my head master. Until the age of sixteen, I was determined to become a navigating officer in the ocean-going trade. It did not happen. Fate determined otherwise. A nasty infection in the eye spoiled it all. Our GP put me on the trail of chemistry – ‘you, not knowing what to do, why wouldn’t you go and study chemistry, you had good marks in that subject, and look here, chemists are going to be the best earning academics’, and he handed me the magazine that ran this article. So in September 1966, I started studying chemical technology in Delft with a motivation that was shaky at best. In the third year of the study, we started doing bits of independent research, and my heart opened up, my fascination began, my genes got a sense of purpose. This was the subject in which I would like to excel, and I succeeded in that, as testified to by my graduation research (with distinction) on wood preservation. This was the first research in which I used living organisms, mould cultures in this instance. It was the time when my interest in sustainability arose, in biochemistry and in biological processes. I then for the first time posed the question to myself: what is a necessary condition for life, and at what point will chemical processes become living systems? What triggered this interest and these questions?

Fifty years ago, May 1968, student uprisings broke out, starting in Paris. The students there were dissatisfied with the quality of their education and took to the streets in protest. The demonstrations spread across the whole world and evolved into a protest against the conservative ruling order in general. Even down-to-earth Delft was infected by this new mentality. Several times, environmental activist students disrupted classes that I attended. According to them, chemical industry was the major villain in environmental pollution. As a nineteen-year-old student in chemistry, I was not immune to that message. 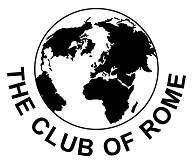 Something else happened too, fifty years ago. In April 1968, there was a special meeting in Rome. A group of 36 scientists from all over the world founded the Club of Rome there. They had one common concern: the Earth’s sustainability. In 1972, the first major report of this Club of Rome appeared. It was entitled Limits to Growth and had a huge impact. As a book, it was published in 37 languages and was sold by the millions. The report issued a strong warning for the degradation of the environment and the Earth’s sustainability as a result of uncontrolled economic and population growth. It received much praise, but also criticism, even after adaptations and actualizations. ‘Green growth’ through clean technologies became the new paradigm. The question: what is the Earth’s carrying capacity for further population and economic growth? still has no clear-cut answer. Limits to Growth appeared just when I asked myself the awkward question: what to do with my certificate in chemical engineering? So in the end I chose biotechnology, in particular the development of clean biological processes. A fine example of the development of green chemistry to which I made a contribution is the production of semisynthetic penicillins and cephalosporins. Facilitated by fermentation through a genetically modified mould, and the use of recombinant enzymes in the subsequent reactions.

In Essay 1, I wrote that I started the development of bioprocess technological courses by adapting process technological education, primarily choosing biotechnological subjects as examples. As an example of that, I taught the elaboration of a process scheme for the selective production of optically pure D-(-)-4-hydroxyphenylglycine (dextrorotatory) with a selective enzyme as a catalyst; this as an alternative to the then usual chemical processes resulting in a racemic mixture. The optically pure form is a valuable resource for the production of semisynthetic antibiotics, in particular amoxicillin and cephadroxil. Using a then recent Japanese patent, I elaborated in detail an integral scheme together with a group of students in the framework of the subject Process Design, including quantification of waste streams. Dr Alle Bruggink had asked me if such a process could possibly be competitive to chemical synthesis; at that time he was scientific director at a daughter of Océ-Van der Grinten, the company Andeno, that developed and distributed intermediary products for the pharmaceutical industry. On the basis of our results, Bruggink and we ourselves concluded that it could indeed be competitive. A year later, Kanegafuchi, the Japanese patent holder, started the construction of a factory for this intermediary product in Singapore. In 1987 DSM obtained Andeno from Océ, a takeover to be expected. 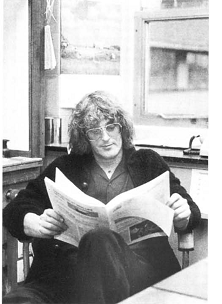 DSM’s interest in intermediary products for the pharmaceutical industry started in the seventies, and can mainly be traced back to one single employee, Willy Boesten. This stubborn, brilliant and laureate researcher started in 1962 as a junior lab assistant at the State Mines, later DSM for short, after closure of the last coal mine in 1973. Boesten has a long list of achievements behind his name: new environmentally benign industrial processes, in particular enzymatic production of amino acids and peptides in water as the solvent. He did his most consequential discovery for DSM in 1975, when he started to appreciate the use of enzymes in organic chemistry. That had personal consequences for me, too. In 1975, just having returned form the US, I applied for a job with Henk van der Plas, professor in Organic Chemistry in Wageningen, and an advisor to DSM at the same time. He noticed my American research experience with the enzyme isomerase, took me on and set me to work on a brand new research subject: the application of enzymes in organic syntheses. 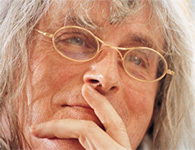 Returning to Boesten, in 1975 he designed a process for the synthesis of D-phenylglicine, like D-(-)-4-hydroxyphenylglycine a building block for antibiotics, using the enzyme leucine aminopeptidase. Ever since that invention, DSM used enzymes more often; nowadays it produces a whole array of non-fundamental amino acids, i.e. not belonging to the twenty amino acids used by the living cell to produce proteins. These are important intermediary products for many pharmaceuticals and agrochemicals. Therefore, the takeover of Andeno was a logical one. The processes developed by Boesten to produce optically pure D-phenylglicine derivatives also had a major impact on the production of antibiotics. In collaboration with Gist-brocades, Boesten and his co-workers developed enzymatic pathways for the production of penicillins and cephalosporins.

Although resistance to semisynthetic antibiotics in bacteria is on the rise, and therefore these probably will not to be functional anymore at some point in time, they are still produced and prescribed in large quantities. Most observers expect the ‘major’ antibiotics like ampicillin, amoxicillin, cephalexin and cephadroxil to continue to be in use for several decades. The first two are penicillins, the third and the fourth belong to the cephalosporins, that are also derived from penicillin. In 1995 a major five-year research program started; six Dutch academic research groups participated in it, among which mine, and three companies: DSM, Gist-brocades and Chemfern, a joint venture of the former two. This so-called Chemfern project aimed to optimize and put on a green chemical basis the production of penicillins and cephalosporins. In 2001, it was rounded off with the publication of a book, edited by Alle Bruggink, who devised and led this research program. The book sums up the results of this intensive cooperative work and consists of more than 100 scientific publications and several patents. During the project the three companies merged, and go on since that time as DSM.

In March 2001, a new production process started for the production of cephalexin, that makes use of a modified Penicillium strand. This process reduces appreciably the number of process steps, and the costs. Moreover, the new process uses 35 percent less energy, and the use of organic solvents has been reduced to virtually zero. Because of the use of this genetically modified mould, and the use of enzymes in the subsequent reaction steps, antibiotics production is much more environmentally benign now; with good reason we can call this a green chemical process.

Interesting? Then also read:
DSM was the first to discover biocatalytic ‘Green Pathways’
The shelf life of green chemistry
Wrong question: can we decouple environmental impact from GDP growth?