According to Piet Borst, a highly respected Dutch cancer researcher, those deserving to receive the Nobel Prize for the development of CRISPR-Cas technology, will not get it. With that he means the microbiologists who did the painstaking fundamental research and developed the knowledge required to turn CRISPR-Cas technology into the Science breakthrough of 2015. Piet Borst wrote thought-provoking columns in the Dutch quality newspaper NRC for 23 years; recently, 82 years old, he quit. In one of his latest columns, he criticises once more the eternal bickering of scientific researchers on money and prizes – reflecting on the present CRISPR-Cas hype and the persistent rumours on candidates for the Nobel Prize. 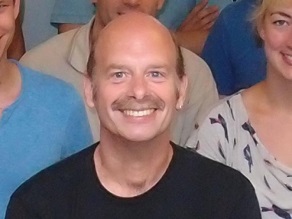 So according to Borst, those who deserve to receive the Nobel Prize will not get it. He expressly mentions Wageningen microbiologist John van der Oost as one of the main founders. For me, a good occasion to invite John, whom I know well, for lunch, and ask him a few questions. By training, I am a Delft chemical engineer without any biological background. I am entirely an autodidact in biology, but that is not sufficient to grasp all the ins and outs of this spectacular new technology. Something I would very much like to; I need it for being able to tackle the main argument of the anti-gentech movement ‘gentech scientists have no idea of what they are doing and what genetic manipulation will bring about’. It was a fine and (for me) a very instructive lunch.

CRISPR-Cas systems are adaptive defence mechanisms of bacteria and archaea against viruses that use these single-celled organisms as their hosts. CRISPRs are pieces of DNA in the genomes of these microorganisms, consisting of clustered, identical DNA sequences (repeats), alternated by variable DNA sequences (spacers) originally from viruses that once infected them. Associated with these CRISPRs are Cas enzymes, for instance nucleases that can cut up DNA. If CRISPR-Cas comes to expression, the cell produces a sequence of antivirus-CRISPR-RNA that forms a complex with the Cas-nuclease, and voilà, this complex searches, finds, binds and cuts to pieces very specifically those undesirable intruders of which a DNA sequence was present as a spacer in the CRISPR memory. From 2008 onwards, John van der Oost’s group resolved important principles of the CRISPR mechanism, such as the dedicated adaptation of the mechanism’s specificity by redesign and reprogramming the antivirus sequences. 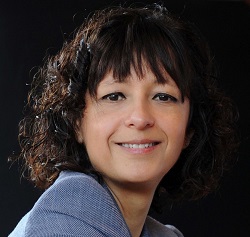 Emmanuelle Charpentier, one of the discoverers of the CRISPR-Cas9 technique. Photo: Bianca Fioretti.

Technology develops at a revolutionary speed

What then did UC Berkeley’s Jennifer Doudna discover in 2012? In short, she characterized in detail a variant of the CRISPR system (Cas9). Shortly afterwards, it became clear that with Cas9, scientists can very precisely, cheaply and easily switch genes on and off, and even introduce new ones. That does not only apply to prokaryotes (bacteria and archaea), it also works in eukaryotes (organisms with a cellular nucleus). Doudna received many prizes for it, among them the prestigious Heineken Prize, on 29 September this year. The junior version was for Edze Westra, a former PhD student in the group of John van der Oost. At least this was some form of recognition for the pioneering CRISPR work of this group. This year’s Nobel Prizes have been awarded, but once again not to Doudna and her colleague Emmanuelle Charpentier. Too much quarrelling on patents with Feng Zhang et al. who were the first ones to show that CRISPR-Cas is effective in mammals as well. They do not like trouble in Stockholm. Unfortunately, the Dutch CRISPR microbiologists did not receive the prize either. Fortunately though for the Dutch, chemist Ben Feringa of Groningen University did, for his molecular machines.

The CRISPR technology, hardly five years old, has made a decisive breakthrough already. Its results are convincing and the development goes fast. Even revolutionarily fast. Think of the development in which synthetic RNA is used as a guide for Cas to an intended location for cutting and pasting in higher organisms. If done in an egg-cell, the engineered modification is hereditary. Even more radical are the so-called gene drives (also check here), in which the transferred DNA also contains the code for the Cas system itself. In organisms that reproduce sexually, this results in offspring in which the gene with the unwanted property in the other parent’s DNA is disabled as well, causing organisms with the unwanted genes to reduce in numbers very quickly, possibly up to extinction. All these developments take place at such a speed and are so far-reaching that legislation and public opinion cannot keep pace with them. Therefore, we now lack the publicity that a Nobel Prize would generate. That could have fuelled the public and political debate. Which urgently needs to take place. Maybe next year?

This is an enlarged version of my column Mistr CRISPR that appeared in C2W life sciences, 7 October 2016.