European seed companies are worried about the future. The existing sector – particularly in the Netherlands, Germany and France – is founded upon plant breeders’ rights, but the patent system is gaining the upper hand. TTIP (the coming trade agreement between the EU and the US) could tip the balance towards patents. This is a threat to innovation in the sector, for the system of breeder’s rights has proven to be a strong stimulus for innovation. Furthermore, seed companies feel the heat of rich multinational corporations. Genetic modification has been a strong incentive to these developments. What could be the consequences for European breeders?

This is the third article in a series on controversies on genetic modification. The articles were published on 25 October, 8 November and 6 December 2015 and 16 February 2016. 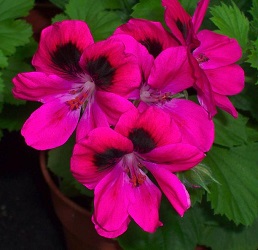 This shift might amount to the end of the European, at least the Dutch hegemony in the field of plant breeding in agriculture and horticulture. The Netherlands, the country with the highest number of breeder’s applications, has an intellectual property system of its own since 1941; based on the assumption that patents on living organisms (higher plants and animals) would be anomalies. Although they could be granted on microorganisms. Breeders’ rights – a kind of ‘open source’ system – differ from patents inasmuch that farmers have the right to use seeds produced on their land from commercially acquired varieties (in the Netherlands mainly cereals and potatoes) for their own use. And more importantly, that they have the right to breed from existing varieties, even if these are protected, and commercialise them freely. The breeding process usually takes some ten years (including stabilisation of the new variety and approval by an official body), and during that period the original breeder can make his profit on his variety. He needs to keep on investing, because competitors have the right to build upon his work right away. For many years, this has been a well-functioning system, and very innovative because it poses little obstacles to the innovation process. But if seeds have been patented, a breeder will have to wait for 20 years or else negotiate a licence, conditions that reinforce the position of the patent holder and that will finally slow down innovation. 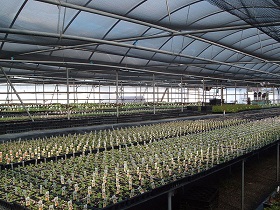 Breeders’ rights constitute a system that is almost self-regulating, without the intervention of lawyers. A breeder himself can apply for a breeders’ right, and the system has hardly led to any court cases. On the other hand, application of a patent requires the assistance of a specialised patent attorney, and often a patent is only valued if it stays alive in court. European breeders rather spend that money on actual breeding than on lawyer’s fees. But multinational companies do have the habit of applying for patents, and to sue the other party as soon as they feel affected. Therefore, the position of major companies will grow stronger as more patents are being granted. Breeders’ rights stimulate experimentation by small entrepreneurs, patents stimulate major powerful companies that use their size for filing lawsuits.

The situation is complicated further by the relative ignorance about breeders’ rights in European governments. As a matter of fact, the rest of Europe is not very interested in the sector: independent breeders are restricted to a small number of countries (primarily the Netherlands, France and Germany), and the rest of Europe is dependent on foreign seed companies for the needs of their agricultural and horticultural sectors. To the Americans, breeders’ rights are an anomaly to the well-known patent system, and therefore that more common form of intellectual property, the patent, is increasingly accepted. And the sector itself should have been much more attentive when European regulation in this area changed in 1998. At that time, the sector thought that the introduction of patents would not harm breeders, on the basis of the idea that plant varieties would be excluded from patenting; assuming that patents would only be awarded to innovative and new items. But a few trial court cases now have shown that the European Patent Office judges all naturally occurring plant properties to be new, as long as they have not been described before. For this newness its prior occurrence in wild species or bred varieties is judged to be irrelevant. The breeding of a property into a marketable variety often is thought to be innovative. In other words: almost anything can be patented. And now, the sector tries to apply damage control. At any rate, traditional breeder’s rights have proven to be at odds with the European 1998 legislation. And many fear that the new European/American trade treaty TTIP will be even stricter. 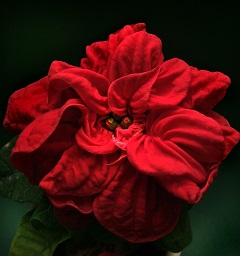 In short, patents gain the upper hand – both because of a lack of interest in the European institutions, and as a result of clever law suits filed by multinational corporations. But the driver behind the process may well be genetic modification. Since about the nineties, GM companies steer toward filing patents for new properties that they develop. On the legal assumption that genetic modification is not essentially biological (i.e. natural). GM allows us to introduce new properties into plants much faster than before; within the breeders’ rights economic model this would shorten the period in which breeders could cash in. Around 2005, GM companies went even further and started patenting properties they found in general gene libraries. The majority of these had been developed by academic research groups, and not published in scientific journals in order not to stand in the way of commercialising the development. Hence available to be patented, according to GM companies. Surely, this is not the intention of patent laws: that companies can patent something developed through public funding, solely because they find this property in non-published academic reports.

Breeders, who had not been paying attention for a long time, now got a wakeup call; the entire classical plant breeding process could come to a standstill if things would go on this way. Plantum, their Dutch sectoral organisation, dropped a brick and started to put pressure on the Dutch government from 2009 onwards. The Dutch deputy minister took the case to Europe. In 2013, a decision evolved: biological methods from the lab cannot be patented, but technological changes that lead to a product that is new, innovative and practical, can. In actual practice, this means that natural properties can indeed be patented. The European Patent Office waited for this verdict, it had a long list of 200 applications waiting for a decision, and it intends to grant those patents. Now finally, the European Council of agricultural ministers recognises the magnitude of the problem and has indicated its intention to solve it. If such a solution would require changing European laws, it might take ten years. But the problem is urgent, in ten years’ time many small breeders may have gone bankrupt. Moreover, TTIP could put a spoke in the wheels. The Americans are very keen on the dominance of the patent system, in this sector as well – and that could be the final verdict for breeder’s rights.

The breeders’ sector itself had foreseen these problems by 2011, and devised a clever system of arbitration, that, if well-functioning, would alleviate part of our objections. But then, Monsanto, the largest player in the field, withdrew from this voluntary agreement. A further complication is the possible role of China, that perceives food supply as the most pressing problem in the world; what if this country would acquire many small breeders (and possibly large ones, too)? Then, the fear for power abuse by monopolistic stakeholders might indeed come true. Our food is too important to let decisions on it be taken by multinationals. The near future will be a turbulent time for breeders, with unpredictable outcomes. That is for sure.

Partnering with @Canalys, check out our most recent interview to learn how partners can develop #sustainability strategies and deliver joint sustainability solutions to drive efficiency for the entire ecosystem: spr.ly/60133eRsd Discover More: spr.ly/60153eRs5 pic.twitter.com/S9UBHVRQsX

#Data and #AI could help the world in #sustainability? @Capgemini with interesting answers! my.sociabble.com/QSa7r1nH36wR

#Ecoliteracy is a critical aspect of education as it involves understanding the interconnectedness of living things and the impact of human activities on the #environment, as well as the role that individuals can play in promoting #sustainability. buff.ly/3jdAvgU

It's a real privilege to be able to share knowledge and experiences with our colleagues at @AiimsJammu jknewstoday.com/prestigious-i… @MonashInfotech @MonashBusiness @monash_nm #digitalhealth #lean #green #sustainability #hospital