Marijuana and cannabis still rouse much stir. Many countries and US states have lifted the ban on cannabis use. But the effects on the human body and brain are still far from clear. Partly because marijuana is a poorly defined substance that contains many possibly psychoactive components. And partly because of a lack of appropriate research. Even as cannabinoids, substances from the cannabis plant, now appear to be endogenous (body’s own) to humans. 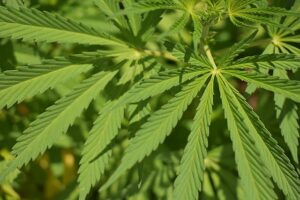 This week, American journalist Naseem S. Miller wrote a thorough piece on marijuana on the blog The Journalist’s Resource. She discusses what scientists so far know about health effects of the psychoactive drug, drawing on several studies. Also prompted by two recent virtual media briefings: The National Press Foundation’s presentation ‘Cannabis Use and Related Disorders’ and SciLine’s ‘Cannabis: Health Effects and Regulatory Issues’.

Recent research shows that many cannabinoids are endogenous to the human body. They are part of our endocannabinoid system. This system oversees physiological and cognitive processes in our bodies, probably including fertility, pregnancy, pre- and postnatal development, various activities of the immune system, appetite, pain-sensation, mood, and memory. There are receptors for cannabinoids in many organs. On the site biofuelsdigest.com, Roy Lipsky wonders why we haven’t exploited this family of invaluable – and remarkably safe – compounds. 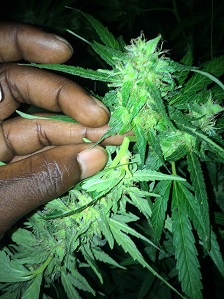 Our knowledge of marijuana is quite incomplete

Viewed over the past decades, cannabis use has been on the rise in many countries. In the Netherlands, about 20% of the adult population has used marijuana in some form during their lifetime. In the US in 2019, some 17.5% of the population had used the substance during the past year. Cannabis use is increasingly legalized. It is now entirely legal in Canada and Uruguay. In many countries like South Africa, Switzerland, Czech Republic, Belgium and the Netherlands, cannabis use is allowed (either by law or in actual practice), although there still exist restrictions on trade. In the United States, 36 states have approved medical marijuana or cannabis laws. In many US states, there is an on-going debate on legalization and decriminalization.

‘Even so,’ writes Miller, ‘research on their medical benefits, or harm, lags behind the wider availability of cannabis products.’ What do we actually know about the effects of marijuana on the human body and mind? Very little, it appears, and the knowledge we have is quite imprecise. Cannabis plants contain more than 100 cannabinoids, mutually related substances with possible psychoactive effects. So far, only two cannabinoids have been well studied: tetrahydrocannabinol, or THC, and cannabidiol, or CBD. Other cannabinoids such as cannabinol, cannabigerol, cannabidivarin have been studied in animals only. And then, cannabis plants contain terpenes, substances with distinct aromas and flavours, but they too have only been studied in animals and not in humans. In short, there is a lot that we don’t know. 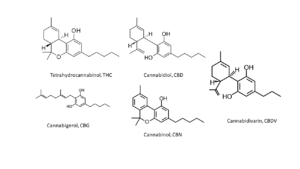 So why is our present knowledge so incomplete? There are two main reasons, says Miller. Firstly, the complex character of the cannabis plant. The number of compounds of interest is large, they vary in concentrations, and each should be studied in order to get a complete picture. Complicating this issue, cannabis plants can be prepared for consumption in many ways, including the preparation of hashish and hashish oil. The second reason: the strict laws on substance abuse that raise barriers for researchers in this field. They need to comply with a lot of regulation. Complicating the issue even more is that the amount of THC, generally seen as the main psychoactive component, has risen quite a lot over recent decades. Mainly to serve heavy users. They use the vast majority of marijuana sold on the market, even though they only comprise some 20% of consumers. This complicates standardized studies into the effects. Although the amount of CBD appears to have remained unchanged over time.

Cannabis has a reputation for being able to treat mental conditions, like pain, anxiety and stress. But we must bear in mind that there are no studies that clearly show such beneficial effects. There are certainly indications of the same – but just no methodologically correct studies. On the other hand, there is clear evidence that cannabis use in higher doses ‘does affect psychosis — auditory and visual hallucinations, paranoia and, for some people, disorganized thinking.’ And to a certain extent, marijuana is an addictive substance; according to estimates, one in ten marijuana users will become addicted.

Research shows that adolescents are more likely to have negative effects from marijuana use. They are more likely to become addicted. Miller attributes this to the process of maturation of the brain. ‘The brain matures from back to front,’ she writes. ‘People’s frontal lobes, which are associated with thinking, executive function, cognition and impulse control, aren’t fully developed until age 26, which means they remain vulnerable during adolescence.’ A study across Australia and New Zealand found that people who began using higher doses of cannabis at a younger age were less likely to graduate high school or go to college; they were more likely to attempt suicide and develop an addiction to cannabis and other illicit drugs.

Regulation of cannabis products is far from complete, as a comparison with alcohol and tobacco regulation shows. There are no restrictions on ingredients. Taxation is not based on the potency of the cannabis. Often, there is no regulation on advertising and the promotion of cannabis products. Cannabis clearly needs more adequate regulation. But in order to develop such regulation, cannabis needs to be ranked in the same category as alcohol and tobacco – not as a substance that should be banned.

But then, the aforementioned Roy Lipsky might create a new chapter in the story of cannabis. According to biofuelsdigest.com he and his company Creo try to develop the opportunities of marijuana without running into legal problems. They use fermentation, a process that doesn’t involve any cannabis plant. Creo doesn’t supply any detail on this; and they don’t answer our questions. But the successful biotechnological company Genomatica is a large shareholder in Creo – which implies that they modified a microorganism in such a way that it produces cannabinoids. For the time being just cannabigerol (CBG); looked upon as the ‘mother of all cannabinoids’ as it is the feedstock for all related compounds produced by the cannabis plant.

So, did Lipsky insert the genetic information of one or more cannabinoids in a microorganism? Does that do the job for them? If so, this usually produces pure compounds, good starting points for clinical research. Through this process, the company could secure consistency, scalability, purity and assured potency of their products. Properties highly valued both by customers and authorities overseeing production. This might turn out to be a new chapter in the cannabis story. Cannabinoids can be put to good use in food and beverages, in beauty products and in therapies. Lipsky will have to overcome ignorance and scepticism on cannabinoids among the population. But as we don’t know any further details, that is all we can remark on this subject.

Interesting? Then also read:
Cannabis: the next business opportunity
The many faces of hemp
New antibiotics – their development stagnates. Why?