The ecological properties of hemp makes it one of the types of insulation used in construction with the lowest carbon emissions footprint. A relatively recent interest in hemp as a building material responds to a global trend that encourages the development of bio-based products and the reduction of carbon emissions. But its use dates back to many centuries ago. 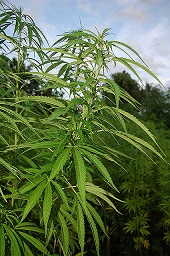 In China, in 200 BCE, hemp was mixed with lime and tung oil, and used as caulk for junk ships, classic ancient Chinese sailing vessels. It is no surprise these hemp vessels, which sailed by the early Middle Ages, are still in wide use. The permeability of the hemp material that controls moisture similarly to existing wooden elements, makes it ideal for the shipping industry.

In France, we can find another example of its early use in construction in the 6th century. Hemp mortar was discovered in Merovingian bridges where the crop was used to reinforce abutments. The first construction using hempcrete (hemp and lime composite) wrapped around a timber frame was built in 1989 in the same country. Nowadays, France is Europe’s biggest producer of industrial hemp, and first in the world in hemp-seed production accounting for 59 percent of the global total. The plant can be grown locally and harvested with minimum input in a matter of months. French Cavac Biomatériaux cultivates hemp and flax. The plantations are located close to its manufacturing site, reducing the company’s carbon footprint. The industrial production of hemp, flax fibres, and shiv, undergo a process of defibering and burling after which they are packed and delivered to the site. ‘We are a complete hemp chain from the field to the site,’ says Valentin Colson, Service R&D of Cavac, which is also member of the European project ISOBIO focusing on eco-materials for low-carbon construction. 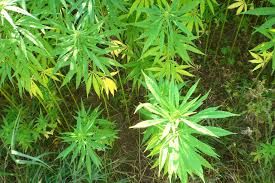 Cavac produces bio-based flexible and rigid insulation panels for the construction industry. ‘One important point is that the panel is vapour permeable. It is hydrophobic, which means that water has difficulty to penetrate the panel,’ explains Colson, offers an excellent long-term mechanical stability, and can also be used to seal and improve the air tightness of the building. Even though the hemp used in construction is fire resistant, researchers continue to look for better eco-friendly alternatives. ‘We are working on the fire-proofing of the new panel and try to find an eco-friendly solution to fireproof it,’ says Colson.

In the UK, it was illegal to grow hemp between 1929 and 1993, because the plant belongs to the cannabis family. Other places such as Australia, New Zealand, Canada, and the US banned the cultivation of hemp for nearly 70 years due to its connection with marijuana. However, only 0.3 percent of THC (Tetrahydrocannabinol), the principal psychoactive ingredient in marijuana, is present in the strain of plant grown for hempcrete. All the bans are lifted now. In the US, hempcrete imported from Europe was used for the first time in 2000 in the exterior of a home built for spiritual leader and Sioux elder Ernest Afraid of the Bear on the Pine Ridge Reservationin an attempt to offer the Sioux a return to a self-sustainable and independent life in balance with Mother Earth.

However, the construction of a permitted hemp home did not begin until 2010. In that year, former Asheville mayor Russ Martin and his wife Karon Korp built the first permitted hemp home in Asheville, North Carolina. Back then, they consulted with environmental designer Anthony Brenner, who brought the idea of building with hemp to the couple who was looking for a sustainable, energy-efficient home. After the success with Martin-Korp’s hemp house, Brenner was consulted on many other hemp homes. Hempcrete panels are used as insulating infill of walls, roof, and under-floor offering great thermal and acoustic performance. Concerns in long-term performance of the plant in construction such as biological degradation, infestation, moisture, structural degradation, or fire ‘are solved with the presence of hydrated lime,’ says Brenner. Among the many benefits of building with hemp, he highlights ‘carbon-negative, non-toxic, fire-resistant, and mould-resistant.’ It provides natural insulation, and it makes for a healthy and safe building site. When a building is demolished, the hempcrete can be recycled and reused in a new building.

In the US, ‘many states are passing legislation to grow hemp now, which will make it more cost effective. The cost was the biggest hurdle,’ says Brenner. This was because before the Agricultural Act signed by former US President Barack Obama in 2014 all the hemp was imported from Europe, mostly from France and the UK.

Originally published on the site of AllThings.Bio.