One of my favourite blogs, grist.org, ran an article this week on a subject so far completely unknown to me: gene drive. A subject of major importance that should be discussed by all our readers. Or would it be another hype, as one of the commentators suggested? 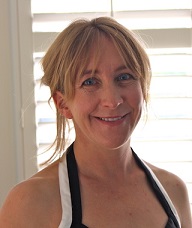 The gene drive, a new technology

A gene drive, very well explained by science journalist Jennifer Kahn in a TED talk is a genetic modification that not just reproduces itself in the next generation, but also the corresponding mechanism of gene editing. In this way, all descendants of the carrier of the mutated gene would have this mutation in their cells. This could cause a rapid spread of the new property in the species concerned. In principle, mankind could use a gene drive to spread mosquitoes that have been made unfit to carry the malaria virus, or the zika virus. This could be a very effective way to combat these nasty infections. In view of the tens of thousands of people killed by malaria each year, or the fear spread by zika, the effects of such actions might be very beneficial.

Yes, we could do this. But would we know what we would be doing? We may know the effects of such a gene drive on the mosquitoes, but wat about living organisms that prey on mosquitoes, like frogs or birds? We will introduce species in our ecosystems with unknown properties, and might find ourselves in a position in which we will have to take counter measures, and counter measures on these etc., possibly ad infinitum. Could we use this mechanism to combat nasty invasive species, for instance by modifying them in such a way that they will only have male descendants? Yes, in theory we could. But would we be able to prevent some modified individuals to migrate back to their original continent, wiping out the original population as well?

A threat, a hype?

Sure, there are limitations to this scheme. First of all, we do not know how effective a gene drive will be in living nature. All we have got so far is the result of several lab tests. So we might well be speculating, rather than reflecting on science. Secondly, this scheme only works with species that reproduce quickly, like insects. In populations of slowly reproducing species, like humans or elephants, there will be room for counteractive measures. Both together might mean that the upheaval (in which we ourselves take part now) is more a reaction to a sales talk than an actual urgent social problem. And we do not know how effective the technology is. Like one commentator puts it: ‘Way overhyped. Until now we had zero shot of changing a wild population. Now, with a LOT of effort and continued input we MIGHT be able to achieve some effect.’ And a third reflection: in whose hands will this technology end up? This discussion comes in the same week as the Dutch agricultural sector (an important player internationally) voices its opposition to the possible Bayer/Monsanto merger; as this would leave them, in their opinion, at the mercy of too few suppliers in the seed and pesticide sector. And in a recent report, the Dutch regulator RIVM came to the conclusion ‘that the available methods for environmental and health risk assessments of gene drives fall short of the requirements.’

All in all, many angles to a problem that has many reminiscences of past discussions on genetic modification – mostly not resolved so far. And the subject of the gene drive might be even a bit more difficult to master.