You are here: Home / 2019 / March / CCU, Carbon Capture and Utilization, even better than biomass as a feedstock

CCU, the process to capture carbon dioxide and upcycle it to valuable fuels, chemicals and materials, may become very important this century. CCU kerosene may be much better than biobased kerosene for instance, when air travel is no longer supposed to use fossil-based kerosene. And CCU chemicals may have a much lower footprint than bio-based chemicals.

This week, nova-Institute organizes a conference in Cologne (Germany) on carbon dioxide as a feedstock for fuels, chemistry and polymers, for the seventh time already. Prior to the conference, it published the position paper ‘Hitchhiker’s Guide to Carbon Capture and Utilization’. 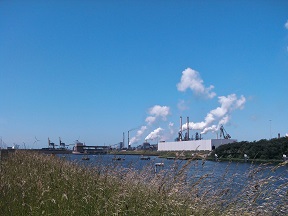 ‘For many, CCU is still a mystery and even experts often think that its implementation is for the distant future and will take 50 years at least,’ nova-Institute writes in its press release. But: ‘the CCU revolution is already well underway!’ In order to substantiate this claim, nova’s position paper showcases the first 20 (semi)commercial plants in operation or under construction. This technology requires a carbon source to be used as a feedstock, its origin is of secondary importance. The energy needed for processing the CO2 should be supplied by renewable resources, in order to provide an environmental benefit over other production pathways.

CCU is entirely different from CCS, Carbon Capture and Storage. In the latter scheme, carbon dioxide is just stored underground in order to prevent its release into the atmosphere. Economically, this is utterly useless. It just costs money and does not return any. If we should really wish to reduce CO2 emissions, shouldn’t we have a better look at energy efficiency? There, we also invest capital, but have a return on it, in the form of money not spent on fuels. Just a little less strict criteria for investments in energy efficiency could do the trick. Or indeed, invest in CCU – though acknowledging that the amount of CO2 captured in this way will be far too small to reduce climate change.

CCU kerosine is much better from a sustainability point of view than biobased kerosine. Photo: Tony Hisgett, Wikimedia Commons.

The case for CCU kerosene

Let’s take the case of CCU kerosene, after a phase-out of fossil-based kerosene. Nova makes it clear that its arguments here hold only for sectors where electric transport is not an option: aviation and long-distance shipping. Here, liquid fuels are indispensable and will remain so for a long time. And here, CCU kerosene has significant advantages over bio-based kerosene: lower carbon footprint and much lower space requirements. The authors envisage that CCU kerosene would be produced from any carbon dioxide source together with hydrogen produced by renewable electricity. Preferably in very sunny areas, e.g. deserts. Based on research by Tim Searchinger, the authors put the net conversion rate of solar energy to biomass at 0.1 to 0.2%. Compared to an efficiency of 20% in modern PV modules (and more to come), this means that we need at least 100 times more land for biomass-based kerosene than for PV-based kerosene. The solar energy-to-biomass efficiency seems quite low to me, but even if this were ten times higher, the argument would hold. Please note that the argument is independent of the source of carbon dioxide, even though results would even be better with biogenic CO2. ‘Air traffic is showing above-average growth rates,’ the report continues, ‘and so far, there are little to no viable ideas on how it could be transformed into a more sustainable, climate-friendly field. CCU kerosene is the solution.’ Production from CO2 will also avoid risks from inappropriate crop management like biodiversity loss, groundwater depletion and nitrate leaching.

We elaborated the argument for kerosene production. But is equally valid for the production of chemicals. Nova has identified 70 CCU projects. In its paper, it lists 13 companies with 20 projects that are actually underway: under construction or in operation, demo or commercial. These factories produce a whole array of products: fuels (methane, methanol, ethanol, n-butanol, kerosene, diesel oil, naphtha, wax) and chemicals and polymers (organic acids, polycarbonates, polyols, polyurethanes, PHAs, spirulina, proteins, colorants). The oldest one, a plant in Taiwan owned by the Japanese company Asahi Kasei, produces polycarbonates since 2007 and has a capacity of 150 kt/year. Earlier, we wrote about Lanzatech (one ethanol plant running, four under construction), Newlight Technologies (one PHA unit, in operation) and Photanol (organic acids production using cyanobacteria, still in the planning phase). The most advanced technology in the CO2-based materials sector, nova writes, was established back already in 2006 by the German company Covestro AG. Their cardyon® technology uses epoxides with CO2 captured from an ammonia production plant and a polyol to form a polyetherpolycarbonate polyol (5 kt/year) that can be used for polyurethane synthesis in flexible foams. Mattresses produced this way contain up to 20% CO2. For all these products and pathways the same argument holds: from a sustainability point of view, production from CO2 is better than from biomass.

But surprisingly, many policy makers are not aware of the potential of carbon capture and utilization. In the negotiations leading to renewal of the European Renewable Energy Directive, policy makers needed to be convinced of the sound case for CCU. It is now incorporated into the new directive, although nova notes that there is no level playing field with biofuels yet. ‘One of the most important objectives proposed by many CCU experts,’ nova-Institute concludes, ‘would be mandatory quota for CCU kerosene, which should be introduced internationally as soon as possible.’