Our planet’s temperature rises. There is ample proof for that. CO2 emissions are the main reason, we know that for sure as well. We cannot deny that our wealth and craving for energy have caused this. But we can hardly answer the question whether this will have dire consequences for our planet. 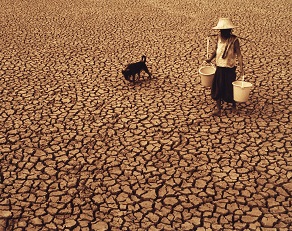 Severe consequences around the equator

Surely, we will witness major and minor changes. Around the equator, the consequences will be more severe than in temperate climates. Some even regard the availability of very large areas of land in Canada, Russia and Siberia as an opportunity to house and feed the growing world population.

We can hardly grasp the magnitude of the energy problem because of the large numbers involved. That also holds true for the climate problem. Often, the understanding of the underlying numbers is so lousy that people come up with all kinds of almost absurd solutions. Take CO2 as an example. The idea that CO2 is the villain is correct. But generally the concept of simply capturing the gas, store it underneath the surface or produce useful products from it, is naïve. There are two simple reasons for this: the very low energy content of CO2, and the immense volumes that we should process in order to have any effect at all. CO2, like water, is the end product of the use of fossil fuels. Reuse of CO2, for any purpose, would imply adding at least the same amount of energy that we obtained by their previous incineration. And that holds true for water likewise. 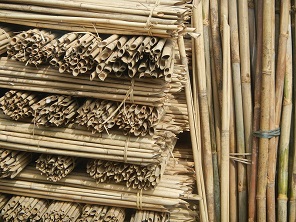 In principle, we could capture CO2 by growing massive amounts of fast-growing crops like bamboo – if we had the water. But where to store the enormous amounts of materials produced?

Solar power is the prerequisite for any solution

Reuse of both CO2 and water will require major amounts of energy. Such a reuse would only make sense if that energy would be supplied by the sun, in an efficient, safe and sustainable way. But simply installing more solar panels would do the same job. We already know how to do that, and we know that it works. And nature has already solved the problem for us: photosynthesis. If we would cover the Sahara with fast-growing bamboo, we would indeed recover CO2 from the air. But would that be realistic? Just imagine the amount of water required by such a scheme. Moreover, this solution testifies to the immense magnitude of the CO2 problem. Even if we could capture major volumes of CO2 and process it to useful products using sunlight, we would face a big problem in storing this volume of materials. The total volume of annual materials production by mankind is less than 10% of the yearly consumption of oil, coal and gas. Unless we could use the CO2 for food production or for creating vast new natural areas, this scheme makes no sense. And in both instances, we would make use of photosynthesis again. Therefore, the development of so-called biosolar cells is interesting. The idea is to duplicate the natural photosynthesis process in these cells, while including major improvements. This scheme again, is about capturing and using sunlight in the most efficient way.

The story about water and the hydrogen economy does not differ from that about CO2. It is relatively simple to decompose water into hydrogen and oxygen, using electricity, i.e. energy. Both hydrogen and oxygen are very useful for purposes like preserving life or fuelling motor cars. But again: only if we produce the electricity required using sunlight, will we contribute to a more sustainable society. Research into this area has been going on for half a century.

Our options are clear. We will have to use energy much more efficiently, and shift to solar power as quickly as possible.

Tags: Background, Sustainability, Sustainable energy
By: Alle Bruggink
on: 14 May 2014