You are here: Home / 2018 / August / Renewable carbon, the key to a sustainable chemical industry 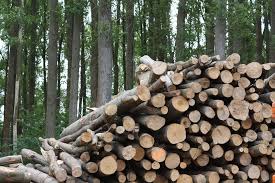 Biomass, one of the pathways to renewable carbon. Photo: Pixaby.

Non-energetic or material use of crude oil (including asphalt) now amounts to 8% of its overall use, but experts expect that figure to grow to roughly 30% by 2050 if no additional measures were taken. This results from the expected reduction in demand for fossil energy as solar and wind power will cover an increasing share of energy demand, and from non-fossil applications like electric cars making their way into the market. In the plastics market on the other hand, most market observers expect the production to increase globally by 3 to 4% each year, as a result of improved standards of living. Therefore, chemical industry needs to use an increasing share of renewable carbon in order to become sustainable.

There are three sources of renewable carbon:
– recycling of already existing plastics (mechanical and chemical recycling)
– utilization of biomass as a resource
– direct CO2 utilization – from waste gas of fossil and cement industries, from biogenous sources such as biogas, and from the air.
All three pathways should be pursued, nova-Institute says.

As for bulk chemicals, commercial processes are available to produce them from CO2 and H2 (hydrogen). These can produce methane, methanol, formic acid, ethylene and alcohols, which in turn may be used to produce most present-day chemicals. The Fischer-Tropsch process adds naphtha and long-chained waxes – and therefore, even the refineries of the fossil industry could be used for making renewable carbon products. Moreover, new catalysts are in development that could facilitate the development of novel CO2-based chemicals and polymers. On top of that, biotechnological processes like gas fermentation can now produce complex organic molecules directly from CO2. This is the first pathway to renewable carbon. 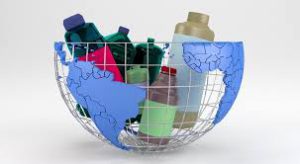 Biomass as a feedstock

Nova-Institute expects specialty chemicals and complex molecules to be more likely produced from biomass (and CO2 fermentation, just mentioned). The utilization of biomass, they write, makes particular sense wherever functional and complex molecules remain intact after chemical conversion, and can be used further. For instance, organic acids and furan-based products can easily be produced from oily seeds, natural rubber and lignin. New products derived from biomass feedstock often outperform fossil-based products in applications like washing, cleaning and personal care; in particular with regards to their health and environmental effects. Industrial biotechnology develops fast and may help manufacture valuable complex molecules from amply available feedstock like lignin. Nova-Institute mentions a reluctance in industry to use biobased feedstock like sugar – this is an opportunity missed, they judge. Whereas there is a shortage in proteins for human food, there is an overproduction of sugar, and global food supply would not be endangered by industry using more of this feedstock. Biomass is the second pathway to renewable carbon. But its application in chemical industry is restricted by nature’s low photosynthesis efficiency: around 1%, whereas solar cells (the electricity of which can be used for the production of chemicals from CO2) now arrive at over 20%. Therefore, the use of biomass as the sole feedstock for industry might in the end use too much land.

The final pathway to renewable carbon is through recycling. Mechanical recycling will have to be improved, in particular by better separation of the various plastics. It should be complemented by chemical recycling, i.e. breaking down plastics into their chemical components. And completely new biotechnological processes for the treatment of waste from the chemical and plastics industry are in development. Both methods might require a major energy input, that could still release additional carbon dioxide into the atmosphere. Incineration could therefore remain a better option for some plastics, even in a circular economy.

Accelerate the change towards renewable carbon

Global plastics production now amounts to 370 Mt (2016). Of this, 335 Mt is produced from fossil sources, 7 Mt from biomass, and 28 Mt through recycling. At 3-4% growth p.a., global plastics production might amount to 1,200 Mt in 2050. Nova projects that this entire volume could be produced from renewable carbon: 320 Mt might be directly produced from CO2, 130 Mt from biomass, and 750 Mt through recycling. The amount of biomass required for this volume of plastics would be 1% of global food production.

Finally, the authors discuss thirteen concrete measures that initiate and accelerate the change towards renewable carbon. These include taxes on fossil carbon in plastics, renewable carbon quotas for bulk polymers or annual reporting by the chemical companies on their share of renewable carbon in production. 24 chemistry and plastic experts from industry and research already support this position paper, nova-Institute looks for further supporters.