On this site we have always been concerned with the question of the shape and size of industry in a bioeconomy. Could it be much less dangerous? Concentrated in major industrial areas or strewn across the countryside, close to farmers, their feedstock suppliers? As an ingredient of a local circular economy? And small scale? The discussion is wide open yet.

The biobased industry could become small scale if it wants to be close to the customer and be flexible. Or in order to close the minerals loop in the bioeconomy?. Or for economic reasons, as fermentation can also be done at a small scale. But all these targets are moving. We can pose similar questions on the circular industry. Does the size of the circle matter? Can we call an economy circular if it transports its waste across huge distances and if its recycling is energy intensive? Or should we contract and slow down the circle? And which factors will be decisive?

Using modern technology, we can now definitely build a circular bioeconomy; just fifty years ago, we still could not do this. We only entered this new era around the turn of the century. Present-day wisdom has it that the economy is decisive in the course the world will take. But the economy is in constant change, because of technological and social developments. 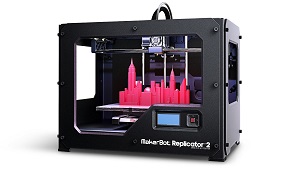 Remote technologies like the 3D-printer may have a profound impact on the scale of society.

Let’s take the development of remote technologies: the power to intervene at a distance. Remote technologies enlarge the human span of control, while they paradoxically also tend to enforce a trend towards the small scale. Take the example of health care. The classical hospital model is under stress: they are too expensive, and need to concentrate and specialise. Therefore, patients will have to travel further away in order to receive specialised care; and that in turn increases the need for remote check-ups and simple interventions, often at home with the patient. Technology increasingly facilitates this. This has a double effect: both a larger span of control and a greater emphasis on living in the local community. The ascent of 3D printing (that generally raises high expectations) has a similar effect. Commodities will not have to be physically transported any more in the future: the customer can download the design and print the item. Designers increase their span of control, whereas goods like furniture can be produced from local resources (and later be reprocessed in a small scale recycling industry).

As always, social factors will play a crucial role. If the present trend of sharing instead of owning goods will prevail, our communities will tend to evolve towards a small scale. We will then find some of our Facebook friends at a great distance (old friends that have moved) but many increasingly close by. Sharing goods will reinforce practical ties with people nearby – both in cities and in villages – that have partly disappeared. These ties will also be reinforced because increasingly, people seem to want to take more responsibility for their communities. Local initiatives are a beacon in a society that becomes ever more anonymous and threatening. That might imply a big boost for the small scale – if it would turn out that a large scale society is not a prerequisite for continued wealth. On top of that, the growing demand for transparency could work towards a small scale society, where it is harder to conceal any mischief. Responsibility, the need for transparency and sharing instead of owning, factors that are deeply un-economic, might be going to have a major impact on society.

Given that conclusion, technological development pathways become very interesting. In our book Green Growth we submitted that almost all new developments in technology are now directed towards better sustainability. Less energy, water and feedstock use, less waste and less emissions of toxic substances. Better yields through greater precision. In short: more with less. In our discussion on the scale of the future industry, this is a factor in favour of the small scale. There will be much less need for industries to cluster in major complexes, in order to use each other’s heat and intermediary products. In the bio-economy, industries use every component of the biobased feedstock. Increasingly, a regional and circular bioeconomy is a technologically realistic concept.

But the economy, represented by the business case, remains an important factor. For the time being, large scale initiatives have the upper hand because they hit well-known ground. Any dependence on the energy sector for part of their sales will reinforce this factor. Like in the plan to import major quantities of Canadian wood chips in Rotterdam, from which the partners would produce all sorts of products on the basis of a still evolving technology (but in the short run, including a lot of motor car fuels). A plan that could render a new perspective to the large scale petrochemical industry. On the other side of the spectrum, really small scale initiatives like farm-scale biorefineries do not yet seem to succeed – technology might still need to develop further, or the focus might have to become sharper.

The know-how of process operators

But a factor of a completely different kind might become decisive. When we visited the Bioprocess Pilot Facility in Delft, we learned that the know-how of process operators becomes increasingly important as fermentation acquires a stronghold in chemical industry. In operations at an industrial scale, fermentation turns out to be just a little bit more complex than standard chemistry. Good process operators are in great demand. What will they do? Will they cluster in metropolitan areas? Or will they become entrepreneurs, and found regional circular industries?

Summing up, the question on the prevalence of the large or the small scale depends on many factors, only part of which appear to be economic in nature. To what extent will remote technologies penetrate into, and shape society? To what extent will people concentrate on their local communities, for social reasons? And would this trend be the start of an economic decentralisation, or would people still prefer to live in cities? The bioeconomy is an integral part of tomorrow’s society. At a large or a small scale, that depends on many factors.