In fifty years’ time, technology has changed from the bogeyman to the saviour of mankind. Large-scale and energy intensive processes used to be the pinnacle of technology, producing much collateral damage that was merrily cleaned up afterwards (it was all part of the game). But now, we intervene in the processes that constitute life, at a very small scale down to the molecular level, and we try to do each intervention as precisely as possible in order to prevent any collateral damage right from the start. Which turned technology from a threat into a benefactor. 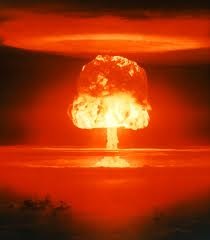 The pinnacle of technology in 1964: the H-bomb

The Faustian face of technology
Fifty years ago, technology had a Faustian face. The pinnacle of technology, nuclear power, had the A- and H-bombs as the other side of the coin. It was clear: in exchange for progress, mankind (Faust) had sold its soul. Technology also had Faustian champions, like Edward Teller, the father of the hydrogen bomb, and Wolf Häfele, director of the international institute IIASA, both of course nuclear physicists. Every now and then these alpha males would sternly address mankind and tell it not to waver from its beneficial and necessary project of technological development.

Back then, people generally thought that there was just one development pathway of technology: the pathway followed, towards high energetic processes and scale increase. Electricity supply was a showcase. In 1950, the largest power station was just 50 MW (being 1,000 times as powerful as in 1910), in 1965 this figure had risen to 600 MW, and in the 1970s nuclear power stations were planned of 1,200 MW. Invariably, the newer was bigger and more capital intensive than the older. For many researchers, to discuss the necessity of this development, as the environmental movement did in the 1970s, was tantamount to a reversal to the stone age. But meanwhile, progress danced on the volcano of the apocalypse. For the first time in history, the destruction of the world as such got a concrete representation: that of the atomic war, in images as the last survivors (On the beach, book and movie) or of the scientist gone mad who managed to circumvent all safety mechanisms (Dr. Strangelove, played by Peter Sellers). 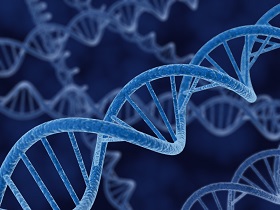 The pinnacle of technology in 2014: unraveling DNA sequences

The weak forces win
Now, technology shows quite another face. In important economic sectors (automotive, chemistry, energy supply), energy and materials conservation has become the main goal of R&D. A development towards a smaller scale, formerly ridiculed, appears to have many advantages. Technological and economic advantages in the form of a better energy and materials efficiency, social advantages by better social cohesion. Miniaturisation has unleashed a revolution in our view on the pinnacles of technological know-how, for instance in ICT, and even more radically in the development of nanotechnology. Materials properties that formerly could only be achieved by hard, energy intensive means, can now be accomplished at very low inputs by the addition of nanoparticles.

Achievements in chemistry might be the most spectacular of all. Fifty years ago, this scientific and technological domain was firmly in the hands of petro chemistry, with its high temperatures and pressures and harmful solvents – now it is swiftly becoming the domain of biotechnologists who by all relevant standards (energy and feedstock consumption, toxic solvents, waste volume and toxicity, footprint) strongly reduce collateral damage. Whereas chemists often used much force to arrive at their goals, present developments tend towards the weakest intervention possible that would arrive at the envisaged goal.

But the public does not know yet
The conclusion could be: technology is going to solve our major sustainability problems. Yes, it might. But there are two main obstacles: the interests of those who do not have a part in this soft technological revolution, and public ignorance. These two taken together result in governments that fall far short of the opportunity of joining the bandwagon of this victorious revolution.

Technology, one might think, would be in the centre of attention of all those people who embrace sustainability. But the reverse is true. For decades, Europe has been haunted by a negative view on technology; that shows in low amounts of students in technological subjects. Maybe one could contribute more to mankind, choosing a social sciences course; or more coarsely, technology is not sexy. People, wake up – but it might last a while before this call is heard.

And yet, Faust will stay with us
But we will not be able to close the door definitely on Faust. The technology that enables us to enhance the productivity of the field might also be used to finish productivity of the fields of the enemy. The bacteria that do exactly what we want in biotechnological reactor vessels, might also become pathogens or be used for producing toxins. Knowledge will always have a flip side. But for some time at least, the differences between the ‘high’ and the ‘low’ application of knowledge will not be as radical as they were fifty years ago.