Earlier this year, German nova-Institute published another thoughtful document on the biobased economy. It starts out from the observation that ten years of European policy making have not been very successful. The amount of biomass used in the European chemical and plastics industry has stagnated. The only sectors showing growth are the bioenergy and biofuel sectors. It looks as if Europe aims for drop-ins as the vehicle for its biobased development model. But this is a dead end street. Biofuels are not the forerunner to a thriving biobased economy.

This is the first of two columns on the European biobased economy strategy, published on 23 October and 27 October 2016.

Biofuels do not pave the way for the biobased economy

One might ask: surely, the bioenergy and biofuel sectors are integral parts of the biobased economy? So if they flourish, why worry? Let’s follow nova-Institute’s reasoning. First of all, they argue that the bioenergy and biofuel sectors have hardly any overlap with the rest of the biobased economy, that is: biobased chemicals and materials production, the carrier of the sector’s economic promises. But, one might ask: the biofuels sector produces much bioethanol, not just a fuel but also a chemical; it can be used for production of ethylene, and from there onwards it may produce a host of biobased chemicals and materials? This is the idea that the biofuels sector might act as a forerunner to the production of biobased chemicals and materials. Here we find ourselves in the area of drop-ins: biobased chemicals that fit nicely into the existing framework of petrochemicals. Drop-in chemicals can be implemented quickly, and as nova writes, ‘in many cases’ (sic) they have lower GHG emissions than their petrochemical counterparts. Will that be enough? The entire case for the bioenergy sector as a forerunner of the biobased economy as a whole, hinges on the appreciation of drop-in biochemicals.

Polyethylene production by the drop-in pathway.

But nova-Institute has some pretty devastating things to say about drop-in chemicals. Drop-ins do not provide any new or additional functionalities. Therefore they have to compete with petrochemicals on price, and these are cheaply available as long as oil prices are low. The only way to overcome these disadvantages (but without any guarantee of success) is to scale up to such a size that only major harbours like Hamburg or Rotterdam can host these new mega factories: feedstock would need to be imported from all over the world. These industries would require both a strong commitment from policy in the form of long-term incentives, and most likely a strong long-term willingness in society to pay ‘green premium prices’ for these biobased materials. At present, neither of these conditions is fulfilled. That makes drop-ins a very shaky proposition for society to rely upon. And that more or less destroys the idea that the biofuels sector could pave the way for the rest of the biobased economy. 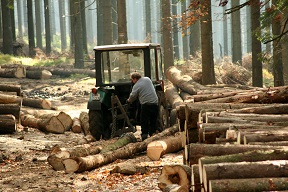 Green premium prices have proven to an illusion, but even more devastating is the amount of policy support that such new developments would require. Already, the entire European biofuels sector would hardly exist without strong policy support. Nova argues convincingly that even stronger policy interventions have decisive drawbacks. The German Chemical Association already argued that this model would require importing large quantities of biomass with low energy density to Europe, with corresponding high transport costs. From an environmental point of view, this could very well lead to deforestation in a number of US states. And with such a scheme, governments would give long-term incentives to inefficient large-scale industrial processes instead of innovative, efficient and special applications that can be developed by SMEs. Viewed from a policy angle, this would mean supplementing a sector that already heavily depends on policy support, with new incentives that would imply even much stronger policy intervention. So far, European policies turned the burden on the shoulders of consumers (through mandatory volumes of biofuels in the total fuels mix); supporting mega factories of drop-ins would require direct financial support at a large scale.

All this makes sense only on the assumption that CO2 reduction is our ultimate policy goal. The existing policy framework (RED) has its eye solely on CO2 and does not take into account important parameters like resource efficiency, cascading use and the circular economy. It gives rise to political games in which industry seeks to classify certain biomass types as waste (because then, producing fuels from them is more profitable), when these can in fact be used for materials production (with the same or even better CO2 emission reduction). It stands in the way of other equally valuable ways of using biomass, because it drives up biomass prices. It ignores significantly more cost-effective ways of reducing CO2 emissions like better home insulation. It leads to inefficient land use (because other pathways have a higher biomass utilization efficiency) and ignores innovation, competitiveness and employment. So far, Europe has looked one-sidedly at CO2 and biofuels, and incorrectly comforted itself with the idea that this would lead to a thriving biobased economy, through the use of drop-ins.