You are here: Home / 2016 / October / Plastic litter: strict regulation is the only remedy

Plastic litter is a curse. According to Joan Hanegraaf, the only solution to this problem is strict regulation and enforcement. Look at Japan, Canada, Singapore. No plastic litter there. One would not even dare throwing a away a stub of a cigarette, for fear of being fined severely. It’s the only way out. We talked to Joan Hanegraaf, CEO of Oerlemans Packaging, the last remaining producer of plastic bags in the Netherlands, after his speech at the Biobased Business Event in Emmen (Nl). 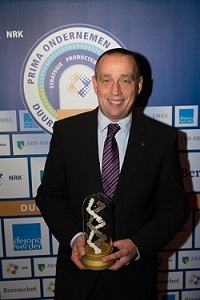 Why wouldn’t biodegradable plastic bags be able to solve the problem of plastic litter? ‘Do you think that people would treat those bags more carefully? On the contrary! That would amount to an invitation to people to discard the plastic bag: isn’t it going to be degraded anyway? The plastic litter problem would not be solved at all, it might even get worse. We as a company have started developing biodegradable plastic foils at a very early stage (1992); we market them from 1997 onwards. We do the utmost to promote them, but nevertheless they amount to no more than 1% of our turnover. An important application is in agriculture and horticulture: the plastic foil spread out on the soil that prevents weeds from growing. In the past, farmers used non-degradable plastics for that purpose, but our foils degrade in the soil and cause much less trouble. And biodegradable plastics make very good packaging for biodegradable kitchen waste. For all other purposes, recycling and recycling again is the only answer.’

‘A kind of crusade is going on against plastic packaging. Whereas LCAs prove again and again that plastic packaging has the smallest environmental impact. A recent study by TNO, a semi-governmental Dutch research institute, commissioned by the national Centre for Sustainable Packaging, resulted in the top 16 places for plastic packaging. All other materials (paper, jute, cotton etc.) have worse scores. Therefore we feel injustice in the policy in some countries, including the Netherlands, of customers having to pay just for plastic bags; paper, linen etc. bags can still be handed across the counter for free. What’s sauce for the goose is sauce for the gander! It is a mistake to assume that the bags that are now given away for free, would be harmless to the environment. In this area, biobased plastics do not represent an extra value. There are minute differences between biobased and fossil-based plastics; quality-wise, many fossil-based plastics are even better.’ 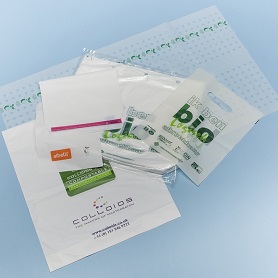 Plastic litter? No, plastic is a feedstock

‘Consumers should learn that plastic can be a feedstock again. For that reason, separate plastics collection is a good idea, it counteracts the view of plastics just going to waste. Technology is in rapid development, we can already separate many plastic fractions satisfactorily and we will become even better at that. Maybe the time will come that we will be able to separate all plastic fractions from household waste.’

‘My motto is: improve the world, begin with yourself. In the process to control plastic litter, consumers have a responsibility of their own. Of course, governments should set limits. Prohibit landfill. Counteract the idea that the plastic litter problem could be ‘solved’ by oxodegradable plastics (these fall apart to mini plastic particles) as the Indian government now proposes (environmental littering will still take place, only in an invisible form). Take care of good recycling. And above all: impose strict legislation and strike-hard campaigns: high fines for trespassers. It has been proven to work: it will remove plastic litter from our streets and our oceans.’ Says Joan Hanegraaf.