The urgency of effective political action on the energy transition lies close to my heart. We should reduce the use of fossil fuels at the shortest notice possible. I feel that politicians, the media and the general public are almost totally unaware of this urgency. How did I come to this view? Why do I judge that we need to transfer quickly to another energy system? 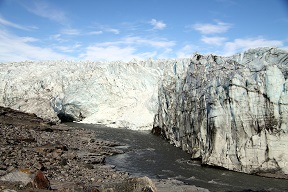 When I became a pensioner, I had time to study my old subsidiary subject once again. This triggered my sense of urgency. ‘Subsidiary subject’ is a somewhat euphemistic indication of the wide-ranging subject ‘exobiology’ that I took in 1971 at Nijmegen (now: Radboud) University. This was about ‘the investigation of the origins and evolution of life’ and encompassed a wide range of scientific subjects. Apart from chemistry (my main subject) it included physics, mathematics, cosmology, biology, palaeontology, geology and emerging scientific fields like ecology, oceanography and climate science. One of the main questions was: ‘What makes a planet like Earth liveable for human beings?’

At the end of the 1960s, there was much public attention for technological tours de force like ‘space travel’ to the Moon. And for the notion that a non-exhaustible energy source could lead us into a future with unlimited technological opportunities. It also was the time when specialist knowledge of a restricted subject was valued over broad multidisciplinary knowledge. Mockingly, generalists were looked upon as people who knew so little of so many subjects that they almost knew nothing at all about everything; specialists were people who knew so much about so few subjects that they almost knew everything…. Difficult questions were preferably addressed to the latter. People involved in exotic business like controlling atomic power stood in high esteem. 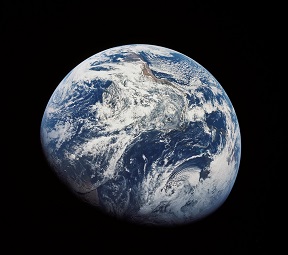 One of the first pictures of the Earth from space, taken by the crew of Apollo 8.

How do we sustain human life on Earth?

If one takes a broad view on scientific subjects concerning living nature, one needs to come to the conclusion that an unbridled technological development may threaten the environment. I started to take another view on my fellow chemists who were indifferent to environmental protection. How do we keep our planet liveable in the future? I decided that I saw no future in working in chemical industry; I preferred to use my knowledge in support of the environmental movement that started to emerge in the early 1970s. I started studying energy problems and chose a second subsidiary subject at Groningen University. But in the end, my career went into a different direction and I earned my living in informatics.

In the past few years however, this broad background in science allowed me to catch up in climate science. Since Alexandra Elbakyan allowed access for everyone to scientific publications in Sci-Hub, I could build an information base of scientific articles that can be downloaded with a simple click. At present, that database comprises nearly 6000 articles, and I often work at adding more.

I was surprised by what I found in the scientific literature on paleoclimatology, glaciology and climate science. How could I have had the impression for so long that it wouldn’t get that bad? That we would have ample time and intelligence to cope with the challenges of the changing climate? Luctor et Emergo (the motto of the Dutch province of Zealand)! Wasn’t I a Zealander by birth, hadn’t I consciously lived through the 1953 disaster when the dikes gave way to a storm, hadn’t I always been aware of the Delta plan intended to prevent this from happening evermore, and hadn’t I happily lived seven metres below sea level in Holland? One metre of sea level rise, who could bother about that?

But now, what puzzles me most is that people who contradict recent scientific knowledge on climate change get so much attention in the media, at least in the Netherlands. Anyone is entitled to have an opinion of their own, but science is about facts, not opinions. ‘The ayes have it’ is not a scientific procedure. On which facts do people support their views who deny climate change and its origins?

I would like my database climateintelligence.nl to be used for fact checking in the present climate discussion. In the service of anyone who would like to judge for him or herself on climate change and all that people write and shout about it. Hoping that it would elucidate the urgency of the matter. And I would love to return on this in another column.