Through biosolar cells, researchers try to improve photosynthesis, the process through which plants, algae and some bacteria capture sunlight. The product of such ‘artificial leaves’ is hydrogen for instance, that can be processed to fuels and chemicals, with CO2 and nitrogen. There are many research programs in the area of direct conversion of sunlight, and each of those takes this technology a step further. 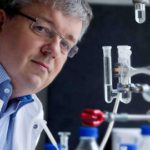 The research is progressing steadily. ‘Six years ago, biosolar cells had very low efficiencies because of severe internal losses; positive and negative charges tended to cancel each other out, instead of reacting to produce chemicals,’ says Huub de Groot, professor in biophysical organic chemistry at Leiden University, and scientific director of the Dutch Biosolar Cells program. ‘The theoretical maximum is 40%, the practically achievable maximum is about three quarters of that efficiency. In the lab we now have been successful in achieving two thirds of this threshold. We increasingly develop catalysts that can process CO2. In the long run, our systems will be able to process atmospheric CO2, for the time being we process CO2 from concentrated sources, that we process to hydrocarbons.’

De Groot’s scientific work is mainly of a fundamental nature. ‘But we also do research on hydrogen panels,’ he says. ‘We constructed a panel that operates smoothly already. But the most important question in our research is about the smart application of quantum principles from nature, in such a way that we can steer chemical reactions into the desired direction. We develop the theory for that, for use in computer simulations. We manage to speed up reactions with quantum instabilities in curved materials. Simply put, the energy levels of our feedstock molecules, water and CO2, and those of the desired products, hydrogen or hydrocarbons, need to intersect in order to speed up forward reactions with vibrations, thereby avoiding backward reactions and recombination of charges. Technology development speeds up, technology itself becomes clearer. We now have fast copper oxide catalysts for decomposition of water and for processing of CO2. Although we have not quite mastered yet quantum catalysis, I expect breakthroughs within five years; meaning that we will be able to perform bottom-up design of nanomaterials from scratch, based upon the processes in the naturally occurring photosynthetic proteins in biology.’ 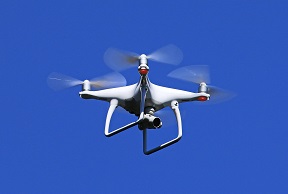 Other components of the BioSolar Cells program develop steadily as well. ‘We increasingly develop the skill to capture atmospheric CO2, for instance in polymers. This can amount to 2500 tons per hectare per year. We still have to develop the art of processing the captured CO2 to fuels, using direct sunlight. We estimate that we can halve the costs, compared to present practices. And we can make ever better use of microorganisms, producing platform chemicals from them. In the biobased economy, this we lead to restructuring the chemical industry. Petrochemical industry has a limited number of major platform chemicals, about six; in the biobased economy that amount may grow to 200 or even 250. For in the biobased economy, we can produce complex structures directly, from biomass or from biosolar cells, and find applications for them. If we should reduce our feedstock to a limited number of platform chemicals, that would amount to destruction of complexity.’

‘The understanding of artificial photosynthesis will spread beyond academia. We are about to enter a new phase. Industry has shown its interest. At first, there was just small-scale academic research, now there is a large interested midfield in society. We cooperate with industrial frontrunners like Siemens (catalysis) and Engie (infrastructure). Our common project Sunrise has just been selected by the European Commission as one of two large-scale research initiatives to be developed; they complement each other perfectly and we can cooperate. In that project, we try to create scientific space; others can reflect on implementation, for instance Engie on the design of buildings.

Towards an infrastructure with biosolar cells

‘But we can foresee that here, the business model will differ from economies of scale. Renewable energy is always produced in a diluted way. All discussions circle around the question how to concentrate it. There are three major infrastructures: the electricity grid, gas pipelines (each of them just for one gas), and bulk transport like cargo ships for crude oil transport, that are also in use for the transport of wood pellets. How will we shape our future infrastructure? For drones, for instance? Drones on batteries can only stay in the air for ten minutes, the batteries are far too heavy. Hydrogen would be an ideal fuel, with that they could stay in the air for an hour, maybe two. Hydrogen rooftop panels could become part of the drone infrastructure. If the drone runs out of fuel, it could land on such a roof, fill up the tank and carry on. If you develop hydrogen panels, you also need to reflect on their use. It is not my task as a scientist to design and develop docking stations for drones; but in the region we cooperate with other colleges, the municipality and the province to develop a pilot.’

Biosolar cells develop steadily. We can expect the first applications within a few years. But for them to make a substantial contribution to energy supply, we will have to wait a bit, maybe ten or twenty years. If we just continue to devote enough attention and resources to them.

Interesting? Then also read:
Huub de Groot: artificial photosynthesis is going to be the backbone of energy supply
The circular economy: a society without infrastructure?
CCU, Carbon Capture and Utilization, even better than biomass as a feedstock