You are here: Home / 2013 / March / The circular economy, a society without infrastructure?

Even though our highly technological society is vulnerable, this state of affairs is not much addressed by politics or societal debate. And vulnerable we are indeed. Think of the millennium bug. We depend completely on infrastructures on a regional, national and even worldwide scale. For instance, all social achievements depend on the uninterrupted supply of electricity. And in 1973, Western society panicked because the Arabs shut down oil supply; even though the oil companies had filled up their storage capacity to the rim. What of our infrastructures really fail for a long time? Would not it be wise to step down our dependency on infrastructures, as we develop the opportunities to do so in a circular economy? And would that be the answer to the growing number of failures in (excessively) large infrastructural projects? 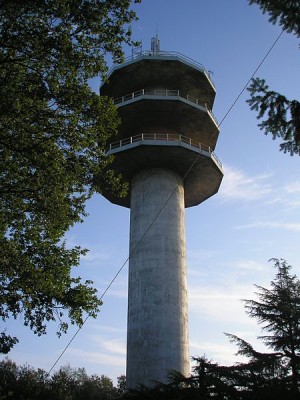 If telecommunication systems fail, the entire society grinds to a halt within 24 hours

Only for think tanks
The ‘infrastructures’ (in plural) theme is so abstract that only think tanks devote some thought to it, very much respected bodies with no real power. Meanwhile, we increasingly witness failing major infrastructural projects, going massively over their budgets, like in the Netherlands (Betuweroute), and even in Germany (Flughafen Berlin Brandenburg Willy Brandt).

There is an impressive number of infrastructures upon which we are dependent: gas, electricity, telecommunication, roads, railways, airports, dikes, canals, tap water, sewerage, and waste management. They are essential for the economy, some even more so than others. If telecommunication systems fail, the entire society grinds to a halt within 24 hours. We cannot pay and therefore not fill up our tanks, ATMs are out of operation, we cannot communicate, and not manage corporations; aircraft is grounded. Even defence systems will not operate properly. Telecommunication itself depends on electricity. In a country like the Netherlands where almost all houses are gas heated, everyone will be in the cold if gas supply would fail (or electricity, required to pump the gas).

The circular economy
I do not want to upset anybody. But it is strange that these real risks are very little debated. Should not we give more thought to the question, what to do if society would be disrupted in case of war, just to mention one instance? Or is something else going on, and do we reflect little on the vulnerability of our infrastructures because these are intertwined with our wealth, and because we do not ‘allow’ ourselves to endanger that? Some kind of self-imposed censorship? 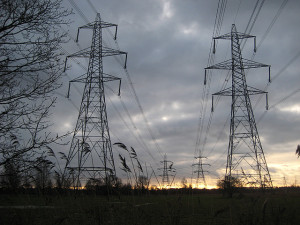 We will become much less dependent on large scale infrastructures

In the latter case, we are now free to discuss this theme, as the circular economy is knocking at our door. We are going to close loops, and in doing so we will be much less dependent on far away industrial and technological hotspots. Using tomorrow’s technologies, we will be able to organize our energy and water supplies, and our waste management, close at hand. No longer dependent on large scale organizations. Without any loss in wealth. Maybe even increasing our wealth.

Less vulnerable
The importance of gas and electricity infrastructures would diminish as the share of local and regional energy supply would increase. Solar, wind and geothermal power increasingly deliver a cost-effective regional energy supply. Shallow heat deposits quickly develop as a technology that can store an excess of energy produced in summer time, for use in winter time. Electricity storage might continue to be problematic, but insofar in the future, PV can be replaced by biosolar cells, which deliver energy in the form of a fuel, storage problems will disappear in that area as well. Increasingly, agriculture will show its ability to supply society with the vast majority of materials. As a result, energy and materials supply will increasingly be footed on a regional basis, rendering it less vulnerable.

In a circular economy, waste does not exist, and all materials are recycled. Equipment is designed for reuse, and therefore the recycling sector will be able to return all materials to the economy in a useful form. Sewerage is an outdated concept, we will reuse human excrements as fertilizer; several technologies to that extent are being developed now, and within twenty years we will have to decide on the next technology for processing human excrements. In all these areas, infrastructure will remain in existence, but on a strong regional basis. Regions will restrict the exchange of energy and materials to essential commodities, and to emergency situations.

Sewerage is an outdated concept

Trade will continue
Volumes of fuels and materials imported from abroad will decrease. Therefore, we will be less dependent on transport infrastructures. But trade will continue. From the very beginning of civilization onwards, regions exchange valuable and scarce materials: for jewellery, ornaments, construction materials…. That indicates the bottom line for the circular economy. Although transport may decrease appreciably in volume, goods transported will become much more valuable. Therefore, we will still need roads, canals, railways and airports. But their function will change as we approach the circular economy: from bulk transport to specialties transport. And for passenger transport, that will not disappear.

In short: our society, vulnerable at present because of the possibility of failing infrastructures, will become much less so. We might ask, then, why not spend some money on the acceleration of that process? Invest in risk reduction?

Reverse economic stimuli
Infrastructure construction plays an important role in present economic policy. Policy makers regard spending on infrastructure as an accelerant of economic growth. Infrastructure construction massively dominates European funds. Could not it be wise to reverse this policy, in order to reduce vulnerability and promote the advent of the circular economy? In other words, invest in technology, equipment and services that will do away with the need for more infrastructure, because they promote regional autarky? Invest in circular technology, and thus prevent investment in asphalt? The circular economy is precisely the essence of the biobased economy. This is a perfect opportunity, too, to reintroduce the human scale in the economy. Regional cooperation, encompassing a restricted number of partners, who will form the circle of a regional economy, on the basis of local resources and recycling. A Europe of the regions, did not we hear that before.

There is one infrastructure which will keep growing in importance: telecommunication. We will have to be prepared to protect it in order to secure its safe use even when under attack. But we might solve this problem by constructing layers in our ICT structures, in such a way that we use regional, national or global networks for our communication, depending on the task at hand.