You are here: Home / 2013 / January / Huub de Groot: artificial photosynthesis is going to be the backbone of energy supply 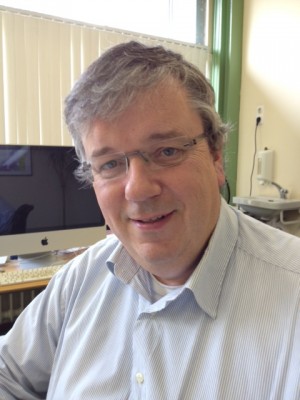 ‘I expect artificial photosynthesis to be fully operational in 2050; by that time it will be the backbone of energy supply,’ says Huub de Groot, professor in biophysical organic chemistry at Leiden University. ‘We know from experience that a new technology needs 30 years to come to its full deployment, and that means that by 2020 it would have to make its take-off and come into its phase of exponential growth. Backcasting from 2050, this would mean an installed capacity of 100 MW in 2020 already, eight years from now.’

Artificial photosynthesis entails a reproduction of natural processes, which produce vegetal matter from CO2 and water, powered by sunlight. This process has a low efficiency, ca. ½ %. Because irradiation is too high, plants shunt away most of the energy. Researchers strive for much higher efficiencies using artificial photosynthesis in so-called biosolar cells. An important advantage of this process is that it can produce a whole array of substances through the intermediate of hydrogen, like methanol or hydrocarbons. Some biosolar cells may produce electricity and chemicals alternatively, operating as part time solar cells.

Solar fuels
The technology still is in its lab phase, its stand alone experimental devices produce hydrogen (H2). They consist of solar cells with a special coating. But there is no worldwide H2 infrastructure yet. Therefore a useful way of processing hydrogen is to bind it chemically to carbon from CO2, just like in nature. This will produce a fuel (a storable form of energy), a so-called solar fuel. Like methanol, just mentioned. Or solar diesel. At first, we will use concentrated CO2 as a feedstock, for instance from al electripower plants or from industry. Scientists also investigate the combination of solar cells and algae which use electricity as an input, to produce fuels from ambient CO2. 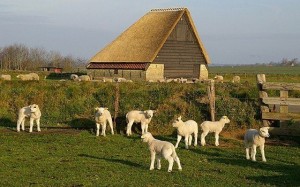 The isle of Texel, an energy hotspot at the MW level

Biosolar cells, because of their overriding flexibility, have a major advantage as the backbone of an integrated sustainable system of energy and material flows, Huub de Groot explains. Wind and solar power are excellent forms of sustainable energy production, but they only produce electricity which is difficult to store. Biosolar cells which could produce electricity and fuels, and moreover feedstock for industry, offer the ultimate flexibility in closing loops in a sustainable economy. They also offer the option to integrate energy and materials production, which means that we could circumvent inefficient energy storage and processing steps. Biosolar cells will form a solid basis for future self-supporting settlements.

Integrated hotspots
‘But scale is a decisive factor,’ says Huub de Groot. ‘A house is on the kW level, a harbour on the GW level. We can now economically produce autarkic houses, but not yet autarkic harbours. It would be wise to try and reach energy autarky now at the MW level. At that level, we can connect technologies like wind turbines, CHP, biogas (in larger basins), biosolar cells, fuel cells, smart grids. In the Netherlands, examples of hot spots of that size are the isle of Texel, regions in the Drenthe province, or near Alphen aan den Rijn. Our research group investigates them at the moment. We also investigate opportunities at the Maasvlakte sea inlet (250 ha).’

‘Typically, biosolar cells still are in the R&D phase. We still have to surmount fundamental problems, like coatings degradation under the influence of UV irradiation, and oxygen released in water decomposition. Research projects are fairly small in scale, in the order of € 100.000 to € 1 million. Prototyping, the next step in the process, requires amounts of money ten times as large. But nobody is willing to take the risk of a prototype: corporations nor governments. This is the valley of death. Ultimately, we end up asking funds from venture capitalists (but in the Netherlands, that is very difficult), or from revolving funds instituted by universities and regional authorities. Each university has its revolving fund. Photanol for example (colleagues of the University of Amsterdam who produce platform chemicals using cyanobacteria) is partly funded by such a revolving fund.’ 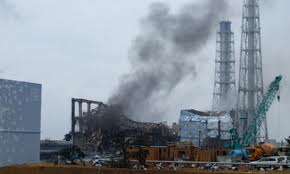 Actively capture CO2
‘The nuclear accident at Fukushima boosted our research greatly. A White Paper in BioSolar Cells provided the initial impulse, which was followed recently by the erection of a new Max Planck Institute for chemical energy conversion, in the Ruhr area. Part of the impulse in the Netherlands is due to the fact that we will not be able to comply with EU greenhouse gas regulation in 2020, with the possible threat of major fines. That is why government has taken an interest in the work of our BioSolar consortium: we develop one of those rare technologies which can actively capture CO2, thereby processing emissions into fuel. We expect the fuel market to be the fastest growing market globally, in the coming decades, and it is the only market which can contribute to CO2 recycling in appreciable amounts.’ Says Huub de Groot.