You are here: Home / 2019 / May / Compromise, often a solution rather than a liability

Solutions for global problems tend to become part of a compromise, says Huub de Groot. He is a professor in biophysical organic chemistry at Leiden University and works, among others, on artificial photosynthesis, ‘biosolar cells’. Technology moves into our private lives; but it also runs into strict physical limitations and this tends to restrict our freedom of choice. We might have to change our lifestyle in order to preserve human dignity: the compromise. 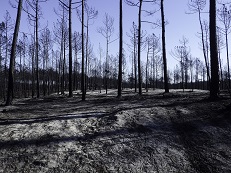 Take climate change, says De Groot. This happens very fast. Probably, we have run out of purely technological solutions. This does not mean that we will have to resign, quite to the contrary: we should start taking a different view of solutions. Thinking in terms of solutions has had its time. We now enter an era in which mankind will run into physical limitations. We can no longer assume that we will just fix problems; they have become much too complex for that. Simply put, and as an example: CO2 isn’t just a problem anymore, we will have to turn it into part of the solution as well.

We need renewable energy in order to address climate problems. By its very nature, renewable energy comes in a dilute and dispersed form. That implies that we all will have to put up with renewable energy production close to us: on our roofs, in our yards. When we interviewed him six years ago, De Groot called this phenomenon: we will all become hobby farmers, i.e. part-time energy producers. The biosolar cells that he and his group develop, will come very close to people, on their roofs for instance. The developers will therefore have to address questions like: what kind of solvents? Toxic ones, or preferably water? 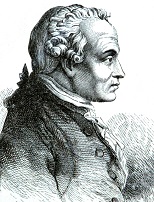 We will all have to deal with the consequences. In order to sustain the level of our energy use, we will increasingly have to accomodate energy production in our habitat. Technology will invade our daily lives and will therefore impose restrictions on us. Immanuel Kant called this natural necessity. It is most awkward for us. We would like to use our moral freedom, and protest if we run into physical limitations doing this. This turns the overarching question of technology development into a moral one, says De Groot. It is no longer: what can we achieve, but: where do we want to go. It is no longer about our mastery of nature, but about the question how we will be able to sustain human dignity.

Part of the solution will have to be a change of lifestyle. This is where compromise comes into play. We can witness that already now. In the Netherlands, official policy now steers away from the widespread use of natural gas, because of earthquakes in the gas producing area of the country. The government declares this to be primarily people’s own responsibility. All houses will have to be renovated at least once in the thirty years to come, they say. If people have to install other heating devices than gas-fired central heating, they can therefore take this into account at the renovation. Eating meat, same point. Now less than 5% of people are vegetarians. But we run into physical limitations here. We cannot all continue to eat meat all the time. That restricts our freedom of choice. Government might have to impose restrictions. Physical limitations will have moral consequences. 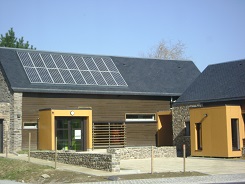 At present, our energy use hardly raises any ethical questions. It all boils down to: we don’t want it to interfere with our lives, the system will just have to work. But as soon as you have solar panels of your own on your roof, your approach will change. All by yourself you will start striking compromises, as it were: at times you will restrict your electricity consumption, at others you will use more. You will sacrifice part of your comfort, you will have more to care about, but it will give an emotional reward. You will enter into the realm of human dignity. On the one hand, you run into physical limitations, on the other hand your panels will contribute to your sense of wellbeing. You can be proud of producing energy of your own. Even limiting your freedom of choice in doing so. Likewise, your predicament if you drive a hydrogen-powered car, there being just a few filling stations all over Europe. You will have to plan your trip carefully, and you will run into trouble if one of those filling stations appears to be in repair. Yet, it will lend you satisfaction. In the same vein, we will witness energy supply to become integrated into our daily lives. The challenge is to turn that into an emotional gain, professional pride, satisfaction.

The moral value of the compromise

But we cannot impose this model on other people. People are very individualistic nowadays, says De Groot. They are self-centred and hedonistic; the collective is not at the centre of their thoughts and lives. Some people will find reward in what energy contributes to their private lives and put in the effort, while others will not value the extra tasks that producing energy of their own will entail. For them, providers will emerge that will take off their shoulders this burden. Like the Dutch company Zelfstroom (Your own electricity), to which you sell the use of your roof for the installation of solar panels. You pay the rent on those panels, which you earn by the electricity that you produce. The solar panels will be taken care of by the Zelfstroom organization, including insurance for all kinds of damage. After 10 years, you will have the opportunity to buy the solar panels; they will probably produce electricity for another 20 years. You will have a profit without any investment. In both ways of life, however, hedonism is a driver towards sustainability.

We will have to live with nature’s boundaries. Moral responsibility comes with its limitations – we always knew that somehow, but nature tells us once again. Who knows, it will enrich our lives. The question is, as a matter of fact: how to teach your inner beast to become a beautiful animal, without taking the soul out of yourself. You cannot impose that on people, it should come from within. We will learn that the compromise does not necessarily go to the expense of our human dignity; it might even contribute to its essence. Says Huub de Groot.

Interesting? Then also read:
Sustainability and moralism, keep them apart
GMO debate, nuclear power, and the concept of absolute evil
Everyone a hobby farmer