You are here: Home / 2016 / June / GMO debate, nuclear power, and the concept of absolute evil

Recently Ecover, the ‘sustainable cleaning company’, announced a plan to use oil from genetically modified algae as a feedstock for their detergents. They were denounced in the strongest terms by Friends of the Earth and other NGOs. As if this were the ‘absolute evil’. I recognise patterns and themes from the nuclear debate in the seventies. What are the similarities and differences? Can the GMO debate learn from the past?

Ecover is a company that goes at great lengths to be sustainable. From the angle of sustainability, their project seemed completely fine. The Solazyme algal oil (itself not containing modified organisms) was supposed to substitute palm oil, which is widely criticised for being unsustainable. The algal oil footprint was much lower, but the environmental NGOs, generally Ecover’s supporters, judged genetic modification to be the greater evil, or worse yet: THE evil. They drew a line that they would not cross. Maybe they backed off in appreciation of what their members might feel. Perhaps they were afraid of a domino effect: having said yes to this project, they would not be free anymore to say no to the next one. Whichever the case, Ecover retracted its plans, leaving unanswered the question what might satisfy the NGOs.

The moral dimension in the nuclear and the GMO debate

I think I know quite well how NGOs think: long ago, I was a staff member of Friends of the Earth myself. I was engaged in the nuclear debate. Moral issues had been very much on my mind as a young man, and from the outset I was tempted to treat the nuclear issue in moral terms: good and evil. But I had also been raised to appreciate good argumentation, and this put my moral orientation under an increasing strain. If nuclear was not an option, what was? From the moment that I took this question seriously, albeit after some struggle, the concept of absolute evil ceased being tenable. I considered pros and cons: what about the fate of coal miners, their silicosis and the threat of mine accidents? What, on the other hand, the fate of people exposed to nuclear accidents and low-level radiation? What about the dangers of nuclear proliferation? 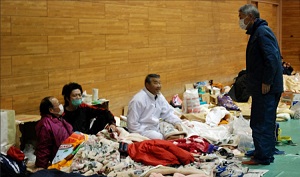 From then on, forming an opinion of my own meant weighing a balance, and in this process all arguments have a relative, not an absolute weight. The tally, after all these years, is that I am still an opponent of nuclear power. Possibly better motivated than ever. Back in the seventies, I argued that the ultimate argument against nuclear power is human incompetence. Events since then have overwhelmingly proved me right. Considering the tragic fate of the inhabitants of Chernobyl and Fukushima, caused not just by the radiation but much more importantly by the incompetent handling of the accidents, the only relevant question is why this technology still has its supporters – not to mention major economic drawbacks that are beside the point of this column.

Evidently the GMO debate has a moral dimension, just as the nuclear debate did, made explicit in the question whether we have the right ‘to play God’. In an attempt to appreciate this dimension, scientists initiated public debate on GMO’s ever since the early hours of DNA recombinant technology, trying to learn from the past. But how successful have they been? In his recent column on this site, Hans Tramper signalled that history repeats itself. Forty years ago a moratorium was proposed, which did not succeed to pacify conflict. Now again scientists have called for a moratorium, intended to settle moral questions. The new questions to be debated are posed by our power to produce gene drives, that could permanently and irreversibly alter the genetic properties of entire species. A debate seems the only way out, but this requires, and this is what this column boils down to, that all participants acknowledge that there is not such a thing as an absolute evil in technology; that all decisions involve weighing a balance of factors that all are relative, by this very token. Even the argument that mankind ‘should not play God’ is relative: mankind has done so since times immemorial by domesticating cattle and agricultural crops, thereby altering their DNA. The relevant questions are: how much progress can a technology offer (progress, in what sense), how fast, in what way can this technology be used for the wrong purposes (wrong, in what sense), and what could we possibly do to prevent that? 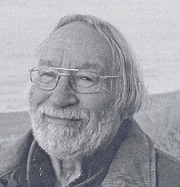 The GMO debate should not start from the side of facts

In the GMO debate, moral questions may even be more dominant than in the nuclear debate. This is because, paradoxically, the anti-GMO stand is scientifically speaking much weaker than the anti-nuclear stand. There are no well-respected genetic scientists who support the opponents by supplying scientific ammunition. In contrast there were many such scientists in the nuclear debate. I remember the late Phil Smith, a professor in nuclear physics at Groningen University, a very kind man and originally a staunch supporter of nuclear power. Until one day, he was sitting in the train and took his pocket calculator to calculate the radioactive content of a nuclear reactor, just for fun. He was shattered. His pocket calculator showed him: ten to the ninth Curies. Whereas milliCuries or even microCuries might be lethal. And he became a well-respected opponent of nuclear power, although always in the background. There are no such people in the anti-GMO movement who choose ‘the other side’. The scientific evidence to which the movement refers is judged by scientists to be ill-conceived, methodologically incorrect and unreliable.

My impression is that most genetic scientists present an honest case. They start relevant discussions themselves, and really look for public guidelines in their research. They know that without such guidelines, anything will go. The responsible scientists joining the discussion may have a clear picture of what they do NOT want to happen, and they know that they can only stop others going there with clear public support. But the anti-GMO movement provides little support. If I am correct and this is the case, the anti-GMO movement will achieve the exact opposite result of what it pursues: anything WILL go, as the economic benefits of GM become overwhelming. The anti-GMO movement can only influence the flow of GMO development by acknowledging that there is no such thing as an absolute evil in technology. This acknowledgement returns the discussion to a case-by-case weighing of benefits against disadvantages and threats.

In short, the GMO debate should not start from the side of facts. It should start by making sure that participants do not secretly hold absolute opinions. The relevant first question would therefore be: what kind of arguments might entice you to consider embracing another opinion?