Scientists again called for a slowdown of gene technology, last August in Science. A group of 26 researchers called for safety measures in the area of gene drives. As a matter of fact, for a moratorium. This was not the first time that something like this happened. But a preceding moratorium did not produce the desired result: a common perspective on genetic engineering. What will be the result of this attempt? 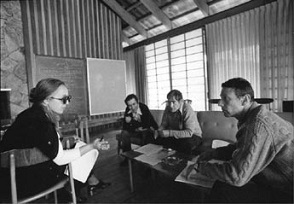 (Left to right) Maxine Singer, Norton Zinder, Sydney Brenner, and Paul Berg (1980 Nobel Laureate in Chemistry) were among the participants at the Asilomar Conference on gene technology.

Even before scientists performed the first recombinant-DNA tests, there was a debate on the acceptability of genetic manipulation – a term without any negative connotation then. These experiments proved that genetic properties of organisms could be purposely changed, and knowing that, scientists foresaw an endless field of application opportunities, with unknown impacts though. The scientists involved called for a voluntary moratorium during which all conceivable consequences could be studied in detail; these could be discussed with all stakeholders in order to arrive at commonly shared guidelines for the further development and implementation of recombinant-DNA-technology, also called genetic engineering or gene technology. These guidelines were discussed and agreed at the Asilomar conference in 1975, and gene technology took off. Forty years later, in 2015, after many successful applications and even more opportunities in the pipeline, there is another call for a voluntary moratorium. The same old story, once more. What happened?

Late 1982, the first product was sold on the market: a recombinant vaccine against diarrhoea in pigs, developed by the Dutch company Intervet. The world did not notice it. But it did notice the second product, human insulin, produced by means of the genetically modified intestinal bacterium Escherichia coli. The American company Ely Lilly & Co was the first to take it to the market. German company Hoechst had developed a similar process, but it was not granted the required permission to exploit it; that took until 1998! The ‘Greens’ had too much political power and fiercely opposed recombinant-DNA-technology. German diabetic patients did not accept the rejection of a first-class medicine, with much less side effects than the then commonly used chemically modified pig insulin, and protested. And succeeded: the German government approved the American product. A hypocritical situation. The start of a heated debate that degenerated into trench fights when anti biotechnological organisations like Greenpeace and Friends of the Earth joined the battle. A conflict that still has major consequences for the EU: still a virtually complete ban on all genetically modified crops; motivated by fear, without any scientific corroboration. That fear has also infected many developing countries. It divides the world into countries that increasingly plant GM-crops, like North and South America, and others that have banned these, in particular the EU countries and many developing countries in Africa and Asia. 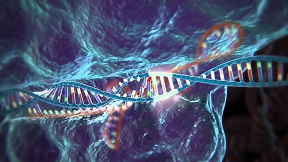 The CRISPR-Cas gene technology is a major breakthrough.

A growing divide between science and public opinion

In 2015, CRISPR-Cas technology was elected scientific breakthrough of the year by Science. Rightfully so. Invented in 2012, and fully matured in three years’ time: a cheap, easy and universally applicable technology to modify organisms on the level of nucleotides, called gen-editing, and on the level of genes, even several simultaneously, and on several sites in the genome, of all kinds of cells, including embryonic cells and gametes, with possibly major repercussions for the offspring! We can now permanently and possibly irreversibly eradicate, weaken or strengthen existing genetic properties in an entire population of organisms. A very recent and prominent example is the production of a malaria resistant mosquito, that cannot transfer the parasite any more.  In August 2015, 26 scientists published a letter, in Science as well, calling for safety precautions for the use of gene drives. The same old story, once more.

We should learn from the past, primarily scientists, but activists as well, and start a responsible and constructive debate on gene technology, not just on the basis of (so-called) facts. Even though there have been no major incidents over the past forty years, this is no reason for complacency. On the contrary, we will have to be vigilant. There is much need for that now, for scientists make increasingly bigger leaps, and the divide between them and public opinion widens up and deepens fast. Researchers should organise themselves nationally and internationally, in order to incite discussions and direct them. That means: researchers of all sorts and kinds: biotechnologists, sociologists, social psychologists, researchers of innovation dynamics etc., in short beta/gamma experts, including politicians and policy makers. Biotechnologists should take the lead in this and organise such discussions on a global scale. With an eye on a better world for each of us.