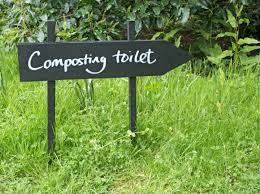 In the 1970s, the world was very different from ours. There was a sharp divide between opponents of ‘the system’ (perceived as massive and omnipotent), and the system itself (much less massive and uniform than imagined); a divide fuelled by the Vietnam war, the fear of nuclear conflict, violent dictatorships around the world, and an apparently unstoppable environmental pollution. In this context, a moralistic framing of the environmental issue made sense: what else, in the mind of the opponents, would be able to halt the destruction of the planet, short of repentance?

In our times we see this position returning. In the desperate calls of people who see a sharp economic turnaround as the only solution to climate change; and in the stubborn refusal of NGOs to argue rationally on GMOs. Sustainability and moralism become like twins here. In the Netherlands, Jan Terlouw is the most visible proponent of this position, a former political leader of D66, a party now in government. At 87 he regularly appears on the screen with his moralistic message, and seems to be much admired for his views, looked upon as fresh and relatively non-political. But in essence, he just repeats the views he held forty or fifty years ago. In a widely distributed essay, he asserts us that ‘mankind is on the course of destroying the planet’, and that ‘economic interests are still omnipotent’. However, he says, politicians should realize that they’re in power, and take a stand in the name of ‘the people’. This is the moralistic position: people of good will who take up against an overwhelming malevolent power.

But now, sustainability and moralism have drifted apart

In the 1970s, technology was the bogeyman (and polluting indeed), and economic interests just worked one way: to get rid of waste, somewhere. But those who hold such views nowadays, deny a major development. Precisely because back then, many scientists and people holding responsible corporate positions made these views their own, they started a process that surfaces forcefully in our times. Precision technology (that maximizes yields and minimizes waste) is the standard these days. Perhaps with the most spectacular results in biotechnology. Solar PV, that produces a maximum output from a minimum of material, is another case in point. In agriculture, precision agriculture (towards zero waste) is the norm now. These new technologies produce new economic interests, that need to be supported. Terlouw too concedes that new technologies like PV are quite affordable now. So what about ‘economic interests’ that are still ‘omnipotent’? Good will from the past has reshaped the technological and economic landscape. It’s no longer moralism that drives sustainability; economic interests join forces and take over. Sustainability and moralism have drifted apart.

Dinosaurs, representing fossil fuels and large-scale polluting technologies, may yet be able to wage a protracted rearguard action. Often they even claim rationality: leave the transition to us, then it will turn out right. Politics has a more moderate role to play than Terlouw imagines. Often, politicians can just marginally change the course of events. They will have to keep doing so; but if new economic interests would not have surfaced, politicians would have had to fight a losing battle (and being politicians, they would have shunned this). Fortunately, clean and affordable technologies have been developed! Sustainability and moralism do not have to go hand in hand any more.

Interesting? Then also read:
Sustainable: tenable or degradable?
Reconnecting with nature – the new sustainability
Sustainability a difficult issue even in the biobased economy

Are you a #Sustainability executive championing pragmatic ESG strategies? Do you know a leader who has built new business models and implemented emerging technologies? Then nominate them TODAY for Constellation's #ESG50: bit.ly/3u7Ioqj

Day 32 of asking Twitter if it is economically feasible to build a city out of tree houses. Any experts want to chime in? - FireStarter #architecture #Sustainable2023 #treehouse #greenliving #sustainable #GreenNewDeal #greenwashing pic.twitter.com/03IEBx8wwR

@SacStateCarlsen We’re so excited to see what #CircularEconomy innovations come from this competition! ♻️🙌