You are here: Home / 2019 / May / From energy transition to precision economy

As the debate on the energy transition heats up, stakeholders now retreat on their original positions, after a phase in which they politely listened to each other. Some call for action to save the planet, with increasing exasperation; others have less and less patience with costly but pointless proposals. And yet, the energy transition moves forward, propelled not by opinions and policy but by the market. Also, because behind the energy transition there is an even more fundamental change going on, an industrial transition propelled by industry itself. 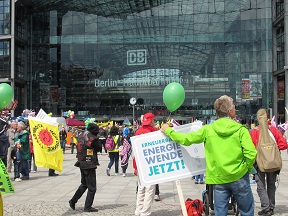 The problems with the energy transition

These thoughts came up when I read the book ‘Warme aarde, koel hoofd’ (Hot earth, clear mind) by the Dutch science journalist Simon Rozendaal. The book does not dig very deep. But it does voice the thoughts of many citizens, in the very readable style of the author.
1. There is a climate change going on, caused by mankind; but its consequences are bearable. We will have a bit more sunshine in the Netherlands. And for some time, we will have to forget about the traditional long-distance skating race the ‘Elfstedentocht’.
2. The proposed energy transition is ineffective, as far as climate change is concerned. So why would we devote large sums of money to ineffective measures that would prevent a non-serious effect? And in policy, there is an utter lack of attention and funds for ‘adaptation’: restricting the consequences of unavoidable effects, for instance by constructing higher dikes.
3. Solar and wind energies, climate activists’ favourite energy sources, fail hopelessly in achieving their goals. Germany has spent loads of money on them, and now burdens its citizens with very high energy bills. The energy transition there has all but failed. Solar and wind energies are at odds with the existing energy system. It is an illusion to think that we can store so much energy in batteries that this will carry us through cloudy and calm periods. Rozendaal judges solar and wind to be too diluted, they need lots of space. Too costly, an illusion. Nuclear energy is much better in his opinion, very concentrated and with little side effects, particularly with the latest generation of power stations. 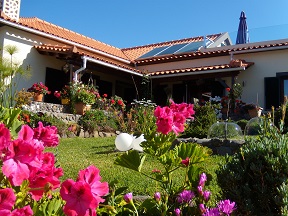 Solar PV is the champion of the energy transition. Photo: Wikimedia Commons.

This entire point of view hinges on threats, there seem to be no opportunities in the energy transition. At least in this respect, the climate activist and Rozendaal agree. For the former every reason to stress even harder the threats, for the latter a reason to discard the entire scheme. That’s the risk climate activists take when they reduce sustainability to CO2 first, and then to solar, wind and biomass; when they put all their bets on the prevention of global heating. This resembles the 1970s, when the environmental movement tapped out of the same sentiment: the Earth was at stake, something had to happen. Back then, as now, others used this to turn away from them. That sentiment has disappeared because of two factors. Firstly, threats turned out to be not as absolute as they first looked. We did not deplete resources, because industry developed substitutes; and all of a sudden it appeared to be able to produce with much less pollution. Secondly, there appeared to be opportunities as well. Industry saved money when they became lean in resource use; environmental measures could even be profitable: oil industry discovered this to its surprise, once it started to desulfurize its motor fuels, after they had fought this obligation tooth and nail first. In retrospect, less threats and more opportunities.

The same could happen now. Of course, global heating is more difficult to solve than air pollution. The most difficult environmental problems come last. And of course, its solution will be at odds with the world as it exists. In his entire essay, Simon Rozendaal shows us how much the energy transition grinds and hurts; and that adapting existing energy systems to them will cost way too much. But the world changes all the time, and the attentive observer will see that industry pulls the strings of the present change. Industry was the driving force behind the Paris climate agreement already, without their support it would never have materialized. Of course, industry envisages opportunities. Climate activists did not notice that, nor did Simon Rozendaal. We coined a term to describe the principle of this new industrial revolution: precision. Precision permeates with great speed into the economy and into our lives. Precision is the leading principle in the development of agriculture and horticulture, health care, chemical industry, manufacturing industry and finally also in energy production. I.e. producing as efficiently as achievable, using as little resources and energy as possible, and as consequence producing the minimum of external effects. Assisted by ICT, biotechnology and the development of precision materials. This will change greatly the industrial landscape. Propelled not by threats but by opportunities.

The energy transition has come a long way already

Some people judge the energy transition to be ephemeral, others feel it does not come fast enough. Solar energy (PV), the transition’s star product, grows by 30% annually for decades already – should it grow even faster? It used to be supported by policy, but now it grows all on its own through the old-fashioned capitalistic mechanism: PV now outperforms its competitors in cost-effectiveness in many markets. It has reached the size where it shows up in statistics. It now produces 3% of electricity globally. And growth will continue for some time, because costs will continue to fall – there are still many innovations in the pipeline. If growth would continue at 30% p.a. (but that will not happen, remember the Limits to Growth report), PV could produce all electricity globally in 10 years’ time. Since 2011, the world invests $150 billion annually in this technology. And not for idealistic purposes. It has now grown into a trillion dollar industry. A technological optimist like Simon Rozendaal should not have missed this point. And of course, the renewable energy market does not just consist of PV – there is a wind, and hydropower, and new equipment (batteries, control mechanisms, heat pumps…).

The island of Bornholm could become a testing ground for the energy transition. Photo: Wikimedia Commons.

And then on the subject of integration into the energy system. With new cheap energy sources coming, the energy system will change as a matter of course. Rozendaal looks upon this as costs, whereas it is an investment, a difference that we learned at high school already. Nobody has ever called it costs, when industry constructed refineries and petrol stations, the substitutes for horse stables and oat troughs. They were investments, required to deliver the new energy carriers to the consumer. Sources of employment and economic growth. Now the energy system changes once more, and that too will require investments. As solar and wind energies and biomass are local energy sources, we will pay more attention to regional optimization – not on the construction of high-voltage power lines across an entire continent. Islands may prove to be good experimental grounds, like Bornholm and Samsø in Denmark and Texel in the Netherlands. Of course, these are mainly agricultural communities. Regional optimization will prove to be easiest there. Households, agriculture, transport first. Wind turbines and electric cars are an ideal match, generation and storage. Industry will follow later, or it won’t. We cannot foresee that yet. Precision industry will fit better into such a regional optimization scheme, but steel production for instance will probably be powered by coal for a long time to come. Here, Simon Rozendaal is right: haste makes waste, at least suboptimal solutions. Just look at the mixed results of the hasty deployment of biomass since the turn of the century, for instance.

‘Hot earth, clear mind’ is not a good book. The author, a reputed science journalist, has taken his task too lightly. He stays within his own bubble too much – although he can do this because energy activists themselves limit their goal to CO2. The conflicts with the existing energy system, and the apparently useless costs, testify to our judgment that the conflict is getting near its zenith. Everyone talks about the energy transition, in a positive or negative sense, a sign that we are nearing crucial times. But we can only truly understand this revolution, and the force with which it imposes itself upon us, if we keep in mind the industrial transition that shows up behind it. For that transition carries the opportunities.