Over the past ten years, the methane level in the atmosphere has risen to unexpected highs. Methane gas, CH4, is a 25 times times more potent greenhouse gas than carbon dioxide, CO2. Therefore, this does not bode well for the efforts to keep global temperature rise below 2oC, or indeed 1.5oC. The problem is, as Grist blog indicates: we don’t know what’s the new source of methane emissions. The good thing is: once we’ve found it, it may be easy to repair. 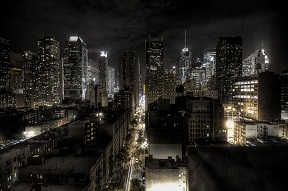 Since 1983, researchers from the US National Oceanic and Atmospheric Administration in Boulder, Colorado, have been analysing air samples from all over the world. The scientists look at 55 greenhouse gases, including methane and its better known companion, CO2. Methane levels have been steadily rising since the Industrial Revolution. By the turn of the millennium, it looked like the rise had flattened. But then, levels began to increase at a rapid rate again in 2007, and then even faster in 2014. Scientists had no idea of the causes of this rise. No one’s best guess came close to predicting the 2018 methane level of 1,867 parts per billion. This means that mankind may not be able to fulfil the Paris Climate Agreement. For can we stop the increased methane emissions? We don’t know yet their sources.

This comes at a moment when an analysis of temperatures over the past 2000 years reveals that never before, high temperatures have been all around the globe. Highs and lows always were of a predominantly regional nature. And another group finds that ‘the largest warming trends at timescales of 20 years and longer occur during the second half of the twentieth century, highlighting the unusual character of the warming in recent decades.’ 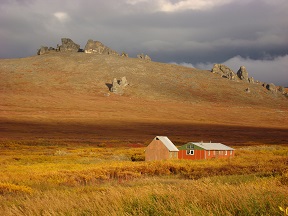 Tundra at the Bering strait. Tundras have much trapped methane in the underground. Photo: Wikimedia Commons.

It’s remarkable that the ratio between the isotopes 13C and 12C in methane in the atmosphere has decreased. It probably indicates that methane now being released into the atmosphere is of a different origin than the methane so far present. One of the reasons could well be that methane pipelines emit much more gas than we used to think. Or maybe it’s the end users that leak methane into the atmosphere. Researchers of the University of Michigan flew over five major American cities and measured methane concentrations. ‘We found that emissions from leaks and end-use losses from these five cities combined was larger than the EPA reports for leaks for the entire country,’ said Genevieve Plant, a co-author of the study. ‘What we don’t know yet are the causes for this large discrepancy.’

Many possible sources of methane emissions

Methane emissions may come from many sources. Wetlands could overflow more often and then produce more methane. Methane could leak from exploration and recovery of the gas, for instance in fracking operations. Landfills may emit more methane. But the diminishing 13C/12C ratio seems to indicate that the increased methane emissions come from natural sources. Even this might be caused by human activity, for instance if the tundras start to emit more methane because of higher temperatures. That too might be a good reason to reduce our greenhouse gas emissions.

But there is also an upside to this problem. Unlike carbon dioxide emissions, methane emissions do not correlate much with economic activity (GDP). Therefore, economic consequences of methane emissions reduction are limited. Once we found the leak, all we have to do is to stop it. And methane is relatively short lived in the atmosphere, just about 12 years, versus the 20 to 200 years of CO2. So after having stopped the leak, we should witness a relatively fast reduction in the methane concentration in the atmosphere. And because methane is a more potent greenhouse gas than carbon dioxide, we should also witness fairly swift results in terms of climate change. But still, we will have to find the origin of the new emissions first.