A month ago, May 2019, a UN agency with the awkward acronym IPBES published a report on nature decline. It tells us: ‘nature and its vital contributions to people, which together embody biodiversity and ecosystem functions and services, are deteriorating worldwide.’ The report was met with mixed reactions – and actually, considering its dramatic message, it did not draw much attention. How concerned should we be about the decline of our ecosystems? 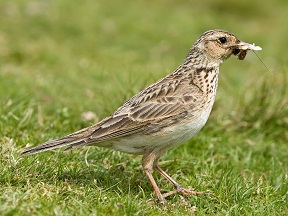 IPBES stands for: Intergovernmental Science-Policy Platform on Biodiversity and Ecosystem Services. It is a relatively young body, established only in 2012. It covers an area so wide that we could compare it to the international climate panel IPCC. And indeed, biodiversity might be the next global battleground. The report was well received by journalists specialized in sustainability. But most reactions show that the subject does not catch the imagination of many people. And that there is still considerable uncertainty, if not disagreement, over ecosystem decline, in spite of the extensive documentation provided by the platform.

IPBES: do we have to prove the obvious?

As a matter of fact, I was very much surprised to learn that according to many scientists, there is not enough scientific proof of global ecosystem decline. For instance, the conclusion of a scientific article: ‘Global rates of insect decline will be very hard to measure. Conclusions regarding drivers and rates of declines can be unreliable due to biases – including sampling location and omission of relevant publications through narrow search terms.’ Other studies lack in statistical rigour or have a limited time frame. Of course, I mainly judge by my own experiences. This spring, I was overwhelmed with joy to hear a skylark singing, a bird that I had not heard for decades. I heard it in a small nature reserve, not in the middle of the ‘green asphalt’ that covers most of Dutch meadows nowadays. The absence of skylarks was ample proof to me for the decline of nature in the Netherlands. I can hardly believe that there is no systematic confirmation of this, globally. One of the arguments runs as follows: we could establish a decline of some species in area A, but they might have migrated to area B. But then, I wonder how much more proof science would need for a ‘well established’ fact (according to IPBES) like: ‘the number of local varieties and breeds of domesticated plants and animals and their wild relatives has been reduced sharply as a result of land use change, knowledge loss, market preferences and large-scale trade’ (Background, message 7). Looking at the pressure of a growing human population on the environment (cities, roads, harbours, fishing etc.) I wonder if we should really prove a harmful trend beyond all doubt, before taking action. 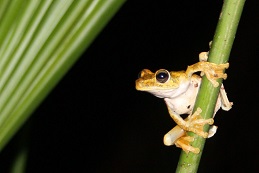 But IPBES itself makes some strange moves as well. In statement A5, it mentions that ‘1 million species already face extinction, many within decades, unless action is taken to reduce the intensity of drivers of biodiversity loss.’ The 1 million figure is neat and round, and disturbing. Therefore it was mentioned in almost all articles on the report. And attacked as well. For the argument given is that ‘an average of around 25 per cent of species in assessed animal and plant groups are threatened.’ So, extrapolating to the (maybe) 8 million species on earth, the 1 million figure seems to be on the safe side. But: we know less than 20 percent of these 8 million species. How can such a wild extrapolation then constitute an argument? And is it OK to extrapolate from ‘threat’ to ‘extinction’? Yes, IPBES could appeal to people already concerned. But the exaggeration also weakens its argument for the sceptical observer.

Let’s take Genetic Literacy Report, a website that does not just defend genetic modification but is also quick to downplay any warnings for biodiversity loss, for instance by showing their shortcomings. It reprinted an article calling the IPBES report ‘an alarmist hype’. Without proof, this article contended that ‘much of the human destruction of biodiversity happened a long time ago’. Yes, for these people science needs to prove the obvious. Not unlike the work of IPCC. 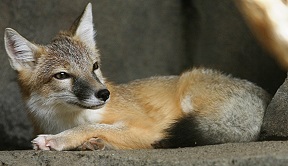 Do we have to quantify ecosystem services?

And then, there was much stir about IPBES dropping quantitative measurement of ecosystem services. Or at least dropping its prime importance. In the past decades, conservation societies and Western economists have worked hard to express damage done to nature in quantitative terms: in hard currency. The catchword for this is ‘ecosystem services’. The idea is that nature renders us countless services that we destroy as we humans go about our business. In spraying pesticides, we also destroy useful species, for instance the natural enemies of the species that we would like to destroy. In many instances, we can attribute a monetary value to the ‘ecosystem services’ or ‘natural capital’ lost in this way. But some people judge that in so doing, we put the economy on the throne. For instance George Monbiot in the Guardian: ‘the natural capital agenda is the definitive expression of our disengagement from the living world. First we lose our wildlife and natural wonders. Then we lose our connections with what remains of life on Earth. Then we lose the words that described what we once knew. Then we call it capital and give it a price. This approach is morally wrong, intellectually vacuous, emotionally alienating and self-defeating.’ And representatives of developing countries objected as well. So IPBES chose the much wider concept of ‘nature’s contributions to people’ as its yardstick instead. In the words of Sir Robert Watson, IPBES chairman: ‘Nature’s contributions to people are of critical importance to rich and poor in developed and developing countries alike…. This new inclusive framework demonstrates that while nature provides a bounty of essential goods and services, such as food, flood protection and many more, it also has rich social, cultural, spiritual and religious significance – which needs to be valued in policymaking as well.’ But of course, the new criterion is much more vague, and hence much less compelling.

NGOs were dismayed, because they feel that one of their most effective weapons has been thrown out with the trash. And as one commentator of the Amsterdam company Metabolic put it, ‘most of the criticism of ecosystem services comes from nature conservation and sustainability professionals who are actually working towards the same thing ecosystem services are designed to achieve: the transition of our economy to a truly sustainable state.’ And maybe the stir is just about the last of the 29 key messages by IPBES: ‘a key constituent of sustainable pathways is the evolution of global financial and economic systems to build a global sustainable economy, steering away from the current limited paradigm of economic growth.’ Imagine, some biologists suggesting that the world’s economic system should change! This is going to be the most important battleground. We’re back to the Limits to Growth report and we need to argue again that indefinite growth in the use of resources is unsustainable, indeed impossible. But we, the editors of this website, judge that both nature conservationists and hard-boiled economists should pay more attention to precision technologies. Creating wealth for more people with less resources. Just by precision in many areas. Maybe the IPBES report should be complemented by better insight into this area.

Interesting? Then also read:
Insects are in decline, around the world. How worried should we be?
Wrong question: can we decouple environmental impact from GDP growth?
Bee colony collapse: will we ever know the true causes?