You are here: Home / Recycling 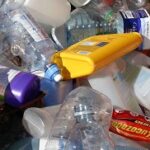 Plastic recycling has become a hot topic. The seriousness of plastic pollution has forced itself upon us. Industry, indeed the world, needs to close the plastic loop. But we don’t

Battery recycling is an area long neglected by battery producers. Performance and cost were much more important. So now we are stuck with a rapidly growing heap of worn-out batteries

As plastic waste can now be found in the remotest areas of the Earth, plastic recycling becomes urgent. We know that biodegradable plastics are a niche solution, so we need

In September 2016, Henk Kamp, then Minister of Economic Affairs in the Netherlands, opened Upcycling Gemert, a plant that processes mushroom waste into compost, fuel and heat. Only two weeks

Algae thrive in the Northern part of the Netherlands