You are here: Home / 2021 / September / Integration of PV into the economy

Integration of PV into the economy will become the main task in the years to come. Sustainability in the production chain is becoming more important all the time. The advantage of solar energy used to be that it was renewable: without use of fossil fuels. But now, PV should develop into a fully sustainable energy source, says Wim Sinke. All its components should be able to be recycled, i.e.: reusable in high-value applications. We have barely started the process towards this.

This is the second article on recent developments in solar energy (PV). The articles were published on September 10 and September 15, 2021.

Integration into the economy is vital for the long-term success. The production chain has not yet been closed. We still produce waste that isn’t properly reused. Therefore we need to speed up the development of circularity and real sustainability. These are vital for long term success. All components of solar panels should be able to be returned to high-value applications. The development of these processes is a major task for research and development in the near future. And yet, we should be able to move forward fast because solar panels will start to be returned in the next decade.

PV integration into the building trade will not be an easy task. That will require the involvement of this trade, in order to develop an integrated approach. In this process, stakeholders should join forces at an early stage. For instance through the development of intermediate products – solar laminates that can be integrated into a construction element. But this can only be successful if the sectors themselves integrate. This will require other working procedures. And here, too, we need to move forward quickly. Not simply develop new equipment and intermediate products, but change fundamentally the very processes of design and construction. 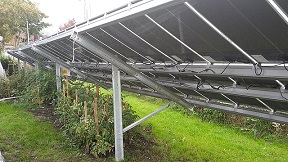 Integration of PV into the energy system

But then, integration of PV into the energy system has progressed quite a bit already. Network companies have started at an early stage to investigate the demands of solar power on their systems. It is true that sometimes the energy infrastructure cannot accommodate solar power. We can look upon these problems as growing pains. But we could equally look upon them as early warnings. Through them we will be able to overcome future problems. It is through our ambitions that we learn to know our bottlenecks.

In the future, we will need to proceed much more according to plan. No more ‘problem fixing’, or ‘fixing’ a connection to the network, but make a plan, for the region, and ultimately for the entire country: how much, where, when. A national energy transition is important; but equally important will be the more detailed plans for the local level, taking into consideration local opportunities and constraints, and priorities set by the local population. Where can we harvest PV? Does the infrastructure support this? We might have to add battery storage; or combined heat and power production; or hydrogen production. This will require quite some amount of planning – but on the other hand, this will also create the possibilities of moving fast and integrating technologies. 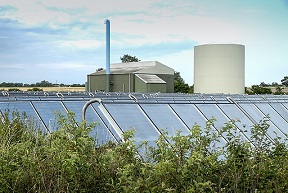 Towards the large or the small scale

What do projects teach us that are geared towards energy independence in a small area? Bornholm, Texel, Samsø. Firstly, Wim Sinke says, we need more than solar power for arriving at energy independence. We need to add at least wind energy. Moreover, we start to appreciate the constraints of a small area. Therefore we should be better advised to look upon the Netherlands as a whole, including the North Sea. One of the people involved in the energy transition recently remarked: it would be a nightmare if all communities or villages should wish to become energy independent. But then, we should take a look first at what they mean by energy independence. Do they need to supply industry with energy, for instance? What do we take into consideration and what do we block out? What, where, how much? What are the constraints, for instance in the landscape? On the basis of such an inventory we will be able to formulate realistic ambitions.

Over the past few years, two views have developed on a sustainable energy supply: large-scale and small-scale. Large-scale: generate electricity in sunny areas or at sea, and then transport it or process it to hydrogen. Small-scale: local production, energy optimization combined with minimizing infrastructure. Which of these two is the more fruitful concept? We need both approaches. Renewable energy will not supply us with enough energy if we just fill the capillaries of the system with energy. We also need the arteries.

But then, we need to consider time scales. Electricity from sunny areas is fine, but just in the longer run. We will never succeed to construct the infrastructure required within the time frame set for instance by climate change. In short, we need to concentrate on the local level and the short term first. Specifically for Europe: we need to accommodate growth at the national levels. So, with a view on the Netherlands: production at the national level, including the North Sea. That will require speed and management at a national scale. In the long run we might still import some of our energy from the Middle East, in the form of solar fuels. But we need to be equally ambitious on the energy transition in the short term.

How come, that installing solar panels in towns and villages has not yet really taken off? Both technical and non-technical factors are at play there. There is a great number of roofs out there – and a great number of owners. Personal motives are at play. Details of the business case. Technical aspects like affordable solutions for roofs posing trouble. Many reasons for solutions not coming on-stream quickly.

Integration of PV with other constructions

We need to have high ambitions for other locations too, where we can responsibly locate solar panels. In the countryside there are more standard situations, where we can erect solar panels more quickly. Although we need to improve such processes; respecting the quality of landscape, soil, biodiversity. Not just construct standard solar fields, but looking for combinations with other uses of the area. Nature inclusive solar parks, agri-PV. A lot of work needs to be done in these areas. Says Wim Sinke.

Interesting? Then also read:
Drivers for renewable energy development
Smart grids: the power of the small scale
From solar panel monoculture to multiple land use