In the past few decades, solar energy (PV) has grown a lot; the number of applications has much increased and production has become much more large-scale. Costs have taken a dive, and dramatically so. The ambitions for solar energy are sky-high. Says Wim Sinke: ‘In the 40 years that I work in the solar field, costs have come down 50-fold. Panel efficiency has increased from about 10% to 20% or a bit more. Production and installation volume has become 10,000 as large.’ According to one source, ‘the energy transition is not a question of technical feasibility or economic viability, but one of political will.’

This is the first of two articles on recent developments in solar energy (PV). The articles were published on September 10 and September 15, 2021. 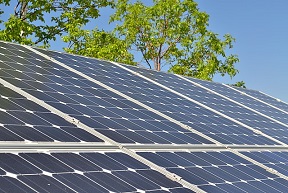 Solar as the baseload of energy supply

Wim Sinke is employed by Dutch TNO and is the embodiment of solar energy in the Netherlands. With his team he invented a few important technologies, still in use. Now he mainly fulfils managerial and policy functions. ‘Even though efficiency has doubled, we still need more,’ he says. ‘And continued cost-cutting is important. Right now we are in the position where solar can become the primary source of of energy supply. I.e. not just for electricity, but also for fuels and heat, and at a large scale. That requires that costs will come down further, by a factor 2 to 4. Then, solar will become so cheap that the extra costs of storage, integration and processing will not stand in the way of its application. Then solar energy and wind energy together can become the base-load of energy supply. The global ambitions for solar energy are sky-high.’

Low-hanging fruit has now been reaped, says Sinke. Production has become large-scale. But efficiency needs to become better, from about 20% to 30 or 40%. For if efficiency is higher, equipment can become smaller while producing the same amount of energy. I.e. cheaper, using less materials. And, an important aspect for the Netherlands: we will need less space for energy production. In the Netherlands, efficiency and sensible use of space will be decisive. 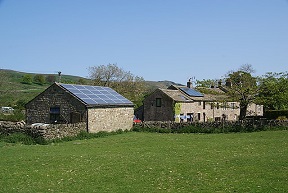 Many factors determine the growing success of PV. Other materials, cheaper ones; less materials use; a complete overhaul of production methods, from batch processes to roll-to-roll; integration and combination of functions; and all that with the same quality and longevity. Cost reduction will still be important in the future, in particular to ensure very large-scale application.

Globally, ambitions for solar energy have increased a lot. Policy makers now predict that solar will become much more important in energy supply. As testified to by the latest IEA World Energy Outlook. ‘Solar is the new king of electricity markets.’ For instance, a scenario developed by Lappeenranta University in Finland contains a 70% share of solar in total energy supply. That is very, very ambitious. It implies that solar energy (and solar-made fuels) will become dominant in all sectors. The projections have changed a lot over recent years.

A 2019 report of a team of Lappeenranta University, headed by Christian Breyer, foresees an overall transition of the energy system in 30 years’ time. According to this study, a 100% sustainable energy supply will be cheaper than the present system. The price per unit of energy will be somewhat lower; but also we will use energy much more efficiently and therefore overall costs will be much lower. On top of that, greenhouse gas emissions can come down to zero in this period – without us having to capture and store CO2. ‘A global renewable transition is the only sustainable option for the energy sector, and is compatible with the internationally adopted Paris Agreement. The energy transition is not a question of technical feasibility or economic viability, but one of political will.’
In the fully sustainable energy system of 2050, solar will supply the lion’s share (69%), followed by wind (18%), biomass and waste (6%), water power (3%) and geothermal energy (2%). Employment in global energy supply will grow from 20 million now (of which 70% in the fossil fuel sector) to 35 million in 2050. This latter figure includes all jobs in control technologies and energy storage, required for the operation of the sustainable system. Most international dependencies disappear in such a sustainable energy system; therefore, we will be able to solve much more easily any remaining conflicts. In short, ‘a fully sustainable energy system is a win-win situation for the entire global community; with both economic and environmental benefits.’

Another important change over the past 1½ years, says Wim Sinke: countries aim once more for a production industry of solar panels of their own, including all vital components. They don’t want to become dependent once more on other countries for their energy supply. Which implies that they will not be looking any more for the cheapest panels on the world market. They have the ambition to construct a strategic value chain of their own. The ambitions for solar energy have grown a lot. Europe for instance is planning to regulate the amount of circularity in the sector. That will require the existence of a production industry of its own. And industry plays into that ambition. Meyer Burger, a Swiss company, will start producing cells and panels on a GW scale. The project is no longer imaginary, it is solid and funding has been completed.

In the technological realm, silicon cells are still dominant. And they haven’t yet reached the end of their life cycle. Much research is now done on multi-junction cells, that combine several cell types. For instance, a silicon bottom cell coupled with a thin-film top cell. Efficiency some 30%. Or two thin-film cells combined. This is a very important research subject right now. Perovskites, discovered not long ago, play an important role in this development.

But considering its contribution to energy supply, PV is at the very beginning, says Sinke. At present, just 1 to 2% of total energy use is being produced by solar energy. We are heading now to the era of large-scale application. Therefore we should urgently tackle problems of circularity and sustainability. They are essential for the long-term success. Solar used to be renewable; now it needs to develop to full sustainability. That is the primary subject of research in the near future.