You are here: Home / 2018 / February / Drivers for renewable energy development 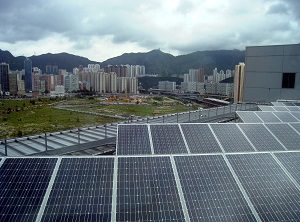 True, climate change mitigation has been the primary rationale for many years behind policies to support renewable energy development. But now it seems that the technology has developed so fast that solar and wind energy can stand on their own feet. As the report mentions, ‘costs of some renewable technologies are coming down quickly, particularly in the power sector. Innovations in solar PV manufacturing and installation, improvements in wind turbine materials and designs, and advances in thermal energy storage for CSP – to name a few – have contributed to overall cost reductions. In many countries, renewables are now cost-competitive with new fossil fuel and nuclear sources, and even more so if distorting subsidies are taken into account (renewables receive only one-quarter of the subsidies given to fossil fuels).’

Better cost-effectiveness eases other drivers. An important rationale for China’s major investments in renewable energy ($ 360 billion between 2017 and 2020) is to get rid of the massive air pollution problems in major Chinese cities caused by coal-fired power plants. In the US, it is rather energy security that drives supportive policies. And deployment of renewables creates local value. Investments in renewable energy increase local income, improve trade balances, contribute to industrial development and create jobs. 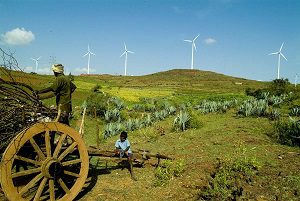 Renewable energy is for developing countries too

The report pays special attention to developing countries, where a ‘paradigm shift’ is under way. Many people still live without access to electricity (around 1.2 billion) and/or clean cooking facilities (around 2.7 billion). But the idea to provide them with electricity through grid extension alone is becoming obsolete. Markets for both mini-grids and stand-alone systems are evolving rapidly. Particularly successful in this area is Bangladesh, with 4 million solar home units installed; most have been financed with microcredit schemes. And Pay-As-You-Go (PAYG) business models, supported by mobile technology (for example, the use of mobile phones for bill paying), are exploding. This trend started in East Africa and is quickly spreading to West Africa and South Asia. The mini-grid market now exceeds $ 200 billion annually. Therefore, the notion that renewable energy is something that only rich countries can afford is not valid anymore. Most new renewable energy capacity is being installed in developing countries, mainly in China. But in India too, a solar revolution is now taking off. ‘The myth that renewable energy is too expensive, or that only a handful of rich countries continue to lead the way, has been discredited,’ says the report. ‘In many cases, renewable power is now the least-cost option.’

The fastest changes take place in the electricity sector. For these changes to keep up the pace, the other major energy sectors (transport and heating/cooling) will have to join. So far, changes here have been slower. In the transport sector, although most policy support is still for biofuels, electric vehicles (EVs) are emerging. By the end of 2016, there were about 2 million passenger EVs on the road already. Still, policy will have to link EV growth with growth of renewable energy. As for heating/cooling, renewable energy development has been slow so far, with Denmark as the leading country in solar thermal district heating. And finally, enabling technologies for renewable energy development play an increasingly important role. Among them: ICT (in order to mutually adjust energy supply and demand), storage systems and heat pumps. In addition to the estimated 150 GW of pumped storage capacity, there was some 6.4 GW of battery and thermal storage installed globally by the end of 2016. Increasingly, the report notes, ‘storage systems are being integrated into large-scale utility projects, and are being used by homeowners to store electricity generated by rooftop solar PV systems.’

But then, renewable energy development may still not be fast enough

‘Despite these positive trends,’ according to the report, ‘the pace of the transition is not on track to achieve the goals established in the ground-breaking Paris Agreement adopted in December 2015.’ So we may still have to step up the pace of the energy transition. But at least, we can conclude that global energy markets are moving in the right direction fast, propelled by factors stronger than policy or efforts of people of good will. There may be room for cautious optimism.