European plastics manufacturers have joined NGOs in their stand for an EU-wide ban on the disposal of plastics in landfills. They argue that Europe needs tougher recycling requirements to stop an important raw material from being thrown away, and see a ban on landfills as an important policy instrument. But NGOs and industry have widely different views on other policy instruments like a tax on plastics waste, and a bottle recycling fee. 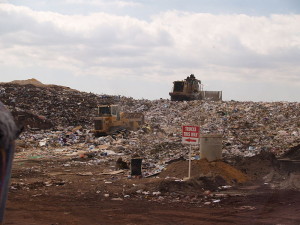 Land filling needs to be banned; that is a growing consensus in Brussels. But national governments might stand in the way of a firm policy.

EU Green Paper
Partly, industry is driven by volatile crude oil prices. Better recycling would partly shield them from this price volatility. In March, EU’s environment commissioner Janusz Potočnik presented a package of recommendations in a Green Paper on Plastic Waste ahead of the review in 2014 of the EU’s Landfill Directive. Both industry and environmental groups welcomed the Green Paper. But there are concerns that national governments will block the growing consensus in Brussels that there should be a firm deadline to land filling of plastic beverage bottles and packaging. There are very large differences between European countries as to land filling: almost all municipal waste is land filled in Rumania and Bulgaria, but many Northern European countries have banned landfills completely.

Dumping waste does not only imply that the energy and resources available in the waste are lost; but the absence of strict waste legislation also implies that much waste, in particular plastic waste, will reappear as litter. Inevitably, part of this litter will end up in the oceans, adding to the plastic soup. However, this argument does not appear to have a great impact in the political arena so far.

A Schengen area of waste
The industry is looking for a ban or phase-out of landfill of recyclable materials, not only plastics, but any material with a high energy content. A landfill ban appears to be the decisive difference between countries that do and do not have high recycling rates. The plastic manufacturers’ association also aims at ‘a Schengen area of waste’ to encourage trans-border shipments of recyclables to underused sorting facilities – a practice now banned in many areas. NGOs, e.g. the European Environmental Bureau, a Brussels-based campaign group, call for an outright ban on landfill disposal of plastics, and suggests taxation of plastics waste, and possibly a bottle recycling fee, as powerful instruments.

While environmental groups have also called for zero-waste rules for EU nations and want to see public support for developing recycling industries, they do not support the plastics manufacturers’ stand to encourage incineration of plastics that pose problems in recycling.

Overall, Europe performs poorly on recycling or reusing waste. A mere quarter of Europe’s municipal waste is recycled. Eurostat figures show that 37% of the yearly average of 503 kg of waste per capita ends up in landfills, 25% is recycled and 15% is composted. Some 23% is burned, typically for energy. A far cry from the EU promise of a resource-efficient economy.