Battery recycling is an area long neglected by battery producers. Performance and cost were much more important. So now we are stuck with a rapidly growing heap of worn-out batteries of which we don’t know how to treat it. Or even how to retrieve the valuable materials this heap contains. We need to step up battery recycling, and fast. 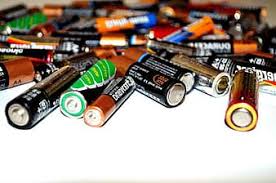 So far, battery recycling was not an issue

Chemical and Engineering News recently reviewed battery technology; we paid attention to it in an article on our site. But the most worrying paragraph of the CEN article is about battery recycling. It almost needs to start from scratch. So yes, there is an urgent need to recycle the growing heap of batteries, particularly Li-ion batteries. But no, we don’t know yet how to do that. Traditionally, battery manufacturers have focused on lowering costs and increasing battery longevity and charge capacity. They repeatedly tailored the cathode’s composition to this end. There are at least four different compositions of Li-ion cathodes, which makes recycling challenging. For battery recycling, companies may need to sort and separate batteries by composition, which makes the process more complicated and raises costs.

Battery structure further complicates recycling efforts. Li-ion batteries are not designed to be disassembled. Each cell contains cathode, anode, separator and electrolyte, each consisting of different materials. They are tightly wound and packed securely in a plastic or aluminium case. Battery packs that power electric vehicles may contain several thousand cells grouped in modules. The packs also include sensors, safety devices and circuitry that controls battery operation. They add yet another layer of complexity and additional costs to dismantling and recycling. In contrast, CEN writes, lead-acid car batteries are easily disassembled, and the lead, which accounts for about 60% of a battery’s weight, can be separated quickly from the other components. In developed countries, nearly 100% of the lead in batteries is recycled.

An early stage of development

So all in all, very little Li-ion battery recycling goes on today. USA and EU for instance, just recycle 5%. CEN speaks of a classic chicken-and-egg problem. Manufacturers do not focus on recyclability. On the other hand, starting from awkward materials, so far recyclers have just developed below-par processes. Like high-temperature melting-and-extraction, energy-intensive processes similar to those used in the mining industry. The plants are costly to build and operate and require sophisticated equipment to treat harmful emissions. They don’t even recover all valuable battery materials. Nevertheless, Li-ion battery demand continues to grow fast; analysts predict that by 2030, the world will generate 2 million tons of used batteries per year. Both in the US and in the EU therefore, attempts to develop better battery recycling processes are being stepped up.

CEN discusses various directions of research into Li-ion recycling. China employs a process of chemical leaching. The batteries are dissolved in strong acids and treated with hydrogen peroxide. But these are corrosive agents that require strict environmental procedures. CEN puts high hopes in processes of ‘direct recycling’, in development at the US Department of Energy. In one of these, the electrolyte is removed with supercritical carbon dioxide; then the cell is crushed and the components are separated physically, for example on the basis of density differences. Among the benefits of this procedure is that the materials retain the electrochemical properties that make them valuable. Another approach is to develop robotic procedures for sorting, disassembling and recovering valuable materials from the batteries. This will greatly reduce human workers’ risk of electrical and chemical injury. Automation could also lead to better separation of battery components. But most of these strategies are still at an early stage of development. And then there is a long-term uncertainty over battery technology development. Might hydrogen powered fuel cells prove to be more adequate or cheaper, in the long run? Or if batteries should win, could that be an Li-air battery, theoretically superior to the Li-ion battery? Even if we should develop better battery recycling technologies, such considerations might stand in the way of major investments. 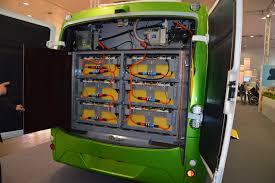 How about government policies?

One of the critical materials in batteries is cobalt, says environmental blog Grist, that also devoted an article to batteries. Some 50% of the world’s production of cobalt comes from the Democratic Republic of the Congo. It is tied to armed conflict, illegal mining, human rights abuses and harmful environmental practices. Battery recycling could raise the security of the supply chain. But cobalt prices fluctuate a lot. Today’s recycling process might be too expensive tomorrow. Therefore, battery producers aren’t keen to conclude long-term contracts with recyclers. Moreover, research is going on to reduce the amount of cobalt in Li-ion batteries. As Grist says, each battery recycled today could potentially supply enough of the metal to furnish several future batteries. But it adds: with the million-mile battery coming, batteries will live much longer than they do now. Then, the total amount of cobalt in batteries might just keep on growing. ‘But this is one case where that may be a good thing for the planet.’

Where are governments then, in this universe? Is it just up to the market to develop adequate strategies and technologies? Grist suggests the ultimate policy to end this mess: hold producers responsible for their waste. The European Union and China are developing such policies. Even then, solutions may not come quickly. Countries will only be able to take such a fundamental decision after much conflict. And then, it still needs to be implemented. But CEN concludes: ‘It’s time to take the bull by the horns and get serious about recycling Li-ion batteries.’

Interesting? Then also read:
Energy storage, its role in the transition
Drivers for renewable energy development
The energy transition is a digital transition too