The recent RethinkX project expects the ‘20s of this century to show revolutionary developments. Driven by stepwise changes in five key sectors of the economy: energy, transport, information, food and materials. Do we see these changes coming? And how does this compare to the expectations in our book More with Less? An evaluation. 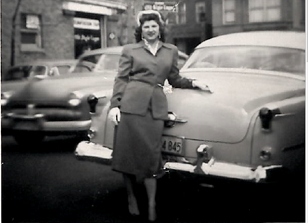 The idea that social and economic changes might accelerate worldwide in the decade to come, might be frightening. During our lifetime we have seen many changes. In many respects, present-day society doesn’t look at all like the society from our youths, during the ‘50s and ‘60s. Transport and travel, communication, popular music, expectations of what life is going to be, all changed deeply. Two changes fundamentally reshaped our world: the environmental crisis of the ‘60s and ‘70s, and the advent of internet in the ‘90s. The environmental crisis has made us aware of the vulnerability of our earthly existence; internet has reshaped the entire economy. Two fundamental changes – and now, would the pace of developments still accelerate and coincide with four new leaps?

The revolutionary development proposed by the RethinkX project is based on the convergence of many changes. Changes in either of the five sectors (energy, transport, information, food and materials) might be incremental just by themselves. But if they come together, they could multiply and together constitute a revolutionary development. And though in our More with Less book, we signalled many of these developments, we look upon this convergence as the aspect that carries the element of revolution.

The central proposition of More with Less is that precision technology will revolutionize the world. Again, we view precision technology as something coming to many sectors at once.
– We live in a time of rapidly changing technologies; if we ran into problems yesterday, these may be solved tomorrow
– Precision technology is at the heart of this; it has its foundations in the research done over the past decades. We witness many breakthroughs (solutions that still seemed impossible yesterday). Precision technology brings a much better product (precisely tuned to the problem or the needs at hand), combined with much less pollution
– As a rule, the new technology is much more sustainable
– Energy will become cheap again; shortages will disappear and renewable energy will gain the upper hand
– With precision agriculture, we will be able to feed a global population of 10 billion: land will be more productive, crops will have better quality, we will produce enough proteins, and there will even be space for reforestation
– Biotechnology will allow us to produce meat and dairy products without the intermediate of animals, precisely tuned to our wishes and taste, and with more efficient use of agricultural land and water by tens of percent. This is what RethinkX calls precision fermentation
– Chemical industry has become much more precise fast, with products of better quality and processes that cause much less pollution
– Precision materials have many more excellent applications than the existing ones
– Often, the materials of the future are biobased (they don’t deplete fossil or mineral resources) and functionally better
– Depletion will cease to be a pressing problem
– Production technology, transport, healthcare and the economic system as a whole will become much more precise, tuned to the task at hand and causing much less pollution
– On top of that, the new economic system will result in a better quality of labour.

So far More with Less. Elucidated with many examples. As said already, the convergence of these changes may take the development to a new level. As the RethinkX report states: ‘During the 2020s, key technologies will converge to completely disrupt the five foundational sectors that underpin the global economy, and with them every major industry in the world today. In information, energy, food, transportation, and materials, costs will fall by a 10x or more, while production processes an order of magnitude more efficient will use 90% fewer natural resources with 10x-100x less waste.’

There are two main questions in the evaluation:
– what about developments in each of the sectors?
– do these multiply to a disruptive development?

Food. In our minds, precision agriculture will be able to produce enough staple food even for a global population of ten billion. Precision fermentation has almost unlimited opportunities. And urban agriculture can supply cities with all the fresh produce they need.

Energy. We witness unprecedented changes in the energy sector. Solar power, and to a lesser extent wind energy, will dominate the sector in a few years’ time. This may revolutionize not just energy supply itself, but also the governance structure of the sector. Nuclear power can be a stabilizing factor, particularly if deployed in small-scale modular units.

Materials. Revolutionary changes in this sector may have just started. Modern technology has already produced materials, stronger or tougher than any material known so far, and easier to handle. Many of these materials are biobased. The consequences of these developments have not yet been fully fathomed.

Information. The world has seen revolutionary changes in this field already. The most important question now is whether we will be able to contain the undesirable consequences, like cyber criminality and the infringement on our privacy.

Transport. In the RethinkX report on this sector, much hinges on the advent of the self-driving car. Interesting because technically, this has been available for several years – but is still not allowed. Nevertheless, we think that the (financial and service) advantages of shared car ownership will eventually bring about a major change in this sector.

So yes, there will be fundamental changes. We need to prepare for them. Although they may not all come at the same time. The sustainability aspect of this development is of major importance. So far, recent global climate agreements fail to reduce global heating to a sufficient level. But in negotiating such agreements, one cannot take into account autonomous technological changes. Precisely such changes, as addressed by the RethinkX reports, have the potential to deliver unprecedented positive effects for the climate. The changes in all sectors dealt with, point into this direction. Otherwise formulated: cumbersome political negotiations, intended to set in motion the major changes required, are just the precursors. The forces for the stepwise change that RethinkX envisages, are gathering momentum. Global negotiations and political vision are unable to formulate the disruption to come. This will cone bottom-up and surprise us, as did the smartphone.

But then, such fundamental changes may incite strong resistance. What influence will shareholders of the oil majors have on the course of events? The authors of the RethinkX report foresee a period with much conflict. The changes will produce much social and economic unrest – more of it if resistance is strong and society clings to the old system for a longer time. Many sectors will shrink, and so will the employment they offer. But new sectors will emerge. This change will affect everyone.

The law of stimulating arrears

Benefits will come to those who seize the new opportunities fast. That may be people in developing countries. We foresee that countries in Africa may be the first to step in – proving once more the law of the inhibitory lead, formulated by Dutch historian Jan Romein. Conversely formulated: the law of stimulating arrears. These countries now have new opportunities available to them, precisely because they lack many of the social and political structures produced by the industrial revolution. They would be able to make up arrears if they seize them. RethinkX already signals that the new economy will be much more locally oriented than our present one. Knowledge may be universal, but its application will be local.

So, summing up the evaluation of RethinkX: changes may not come simultaneously, but they will offer new opportunities and evolve into new international relationships. The world will change deeply in the decade to come. Nothing will prevent it from doing so.

Interesting? Then also read:
More with Less, Welcome to the Precision Economy
Doughnut economics, or why economists should learn more about technology
Cleantech has much more economic potential than just low CO2 energy technologies