The RethinkX report doesn’t fool around. It starts with a clarion call: ‘We are on the cusp of the fastest, deepest, most consequential transformation of human civilization in history, a transformation every bit as significant as the move from foraging to cities and agriculture 10,000 years ago.’ Does the report by authors James Arbib and Tony Seba live up to these promises?

In the RethinkX report, dated June 2020, the authors expect that ‘in information, energy, food, transportation, and materials, costs will fall by 10x or more; while production processes an order of magnitude (10x) more efficient will use 90% fewer natural resources with 10x-100x less waste.’ An answer as definitive to the Limits to Growth report of 1972 as one can imagine. If all processes become one or two orders of magnitude more efficient, depletion and scarcity are far away. 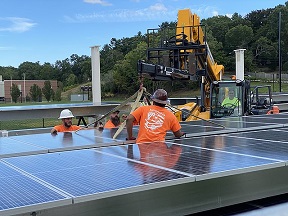 Solar panels will be one of the drivers of change. Photo: ArnoldReinhold, Wikimedia Commons.

This transformation will go hand in hand with a decentralization of the economy. ‘A model of localized creation from limitless, ubiquitous building blocks – a world built not on coal, oil, steel, livestock, and concrete but on photons, electrons, DNA, molecules and (q)bits’ (p.5). Knowledge will be universal, production will be local. ‘As a result, geographic advantage will be eliminated as every city or region becomes self-sufficient.’ ‘Inequity and predatory competition’ will end, and we will enter into a world of ‘shared prosperity and collaboration’. In short, an Age of Freedom. Too good to be true?

Needless to say, the development foreseen will have profound consequences. First of all, mankind could overcome poverty. ‘Access to all our basic needs – food, energy, transportation, information, and shelter – could become a fundamental human right.’ This could greatly reduce causes for armed conflict. On top of that, we could overcome climate change and environmental degradation. The new production system will deliver ‘zero-carbon energy, transportation, and food with marginal waste.’ And all this in a very short period – perhaps even for the most part within this decade. But as the authors acknowledge, changes of such a magnitude may not come without conflict. 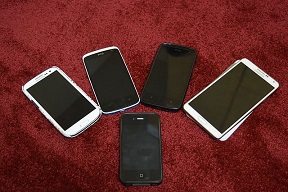 Disruption by the smartphone

These changes, although profound, are by no means fictional. The technologies on which they are based have been developed already or will soon be available. Moreover, such technologies have consequences felt well beyond their own sector. The RethinkX report tells the story of how the smartphone disrupted the (quite remote) oil sector in just 10 years’ time. At first, the smartphone was a game changer in its own sector; something few people saw back in 2007 when it was launched. ‘It created huge possibilities far beyond the narrow confines of the cellphone market. The internet had gone mobile. This small, handheld device enabled not just the creation of new products and services, but also new business models that together disrupted sector after sector of the wider economy’ (p.12).

Many such changes result of new functions that can easily be added to the mobile device. It can take pictures, play music and games, and navigate. The smartphone has a deep impact on our social lives. It changes the way we make friends and contacts. It expands our professional networks. It disrupts the way we find and share news. In the developing world, the smartphone has an even deeper impact. It allows people to have direct access for the first time to banking and loans, business information, education, and entertainment. All these new uses make for an explosive growth of demand for smartphones, which in turn lower their costs. But then, coming to the point of the oil industry, the smartphone also impacts transport. First by allowing ride-hailing, by companies like Uber and Lyft. And then, through increased demand, by lowering the cost of lithium-ion batteries; opening up the market for all-electric cars and even for autonomous vehicles. All this adds up to the development of an entirely new sector: transport-as-a-service (TaaS) (which we will go into in a next article). The story of fundamental changes in a nutshell: effects unforeseen, impacting even the most powerful companies in the world. 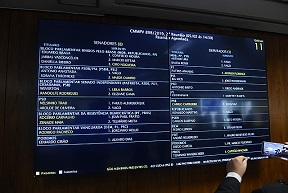 Changes such as these do not come without conflict. Indeed, according to the RethinkX report, conflict might run so deep in the next decade that such developments could be seriously delayed. Although not stalled or prevented. Each civilization in history, the authors write, collapsed when in the end its Organizing System failed to solve the problems posed by its very production system. As we now run into such limits again, the incumbent forces might want to prevent collapse. By the same means that brought them to power: more centralization, minerals extraction, exploitation. But this will only exacerbate the problems. Such moves could cause serious global conflicts. Therefore, the next decade might be very turbulent, destabilized both by technology disruptions and system shocks.

According to the authors, a new system of production is emerging with the potential to solve the cause of our present problems. Order-of-magnitude technological improvements lie at the root of this (p.42). All five fundamental sectors of the economy (information, energy, transport, food and materials) go through such a change right now. For instance, in a sector not yet elaborated in this project, the authors mention new materials. ‘Modern materials will disrupt sectors and transform society in unexpected ways,’ they write. ‘For example, as the cost of solar PV drops below the cost of building materials (such as structural plywood), the line between construction and energy will blur. As builders use PV as building material (because it is cheaper), the effective cost of electricity will be zero or even negative’ (p.47).

The Age of Creation

In sum, new technologies will enable an Age of Creation, as opposed to the Age of Extraction. Production will be based on the building blocks of nature: photon, electron, DNA, molecule, bit/qbit. Sourced from locally available resources. An efficient, low-waste, low-cost system. But then again, conflict may arise to such an extent that such opportunities cannot develop.

The report ends on an optimistic note. ‘Never before have we had the potential to break through the capability frontier of a civilization in advance of its collapse. Humanity, therefore, is in a unique position – for the first time in history, we have the opportunity to enable the emergence of a new Organizing System without first descending into a dark age’ (p.62). And even, on an utopic note: ‘we may, ultimately, be able to escape toil and drudgery entirely and, for the first time in history, achieve real freedom – the freedom to spend our time creatively, unburdened by financial precariousness and the need to provide for ourselves and our families’ (p.5). But in order to succeed, we need to rethink the present and the future. Get a clear picture of the opportunities at hand. Create the conditions in which a new system can emerge and flourish. And find a bridge that will lead us into the transition. The report ends with a long action plan.

In the next articles, we will go into the RethinkX elaboration of its views on the food and transportation systems – the only sectors for which they have prepared detailed reports so far. We will wrap up our comments on these revolutionary ideas in a final article.

Interesting? Then also read:
Fast and slow revolutions
Can we engineer life? Planetary boundaries
Food and water as geopolitical assets