In Europe, most people seem to have lost their belief in improvement. A concept of dreamers. But improvement takes place all the time; and the odd thing about this is that many improvements are swift and fundamental in nature, but are never highlighted as such. A story of fast and slow revolutions. 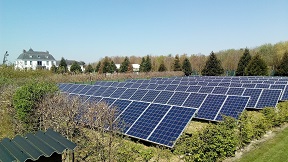 It took a while before solar panels made a takeoff, but now they will revolutionize the energy landscape. Photo: Wikimedia Commons.

The energy transition is slow. Very slow. For twenty years, CO2 emissions remained at a high level, even long after a general recognition of the need to reduce them; and they have only become lower now because of the corona pandemic. The world is on an energy intensive track and has trouble getting off it. It was even harder to abandon leaded gasoline. For decades, even the awareness of the serious environmental pollution it caused was actively discouraged by the oil companies. Decades of complete standstill; and of ongoing pollution. When finally people got wind of the seriousness of this issue, oil companies only cooperated because they had developed alternatives in the meantime.

Slow revolutions can accelerate. Within a decade after publication of the Limits to growth report, those limits had vanished, or at least transported well into the future. There proved to be alternative materials for many scarce resources. Forty years after publication of the report, global resources appeared to be at the same level as they were in 1972. The level of consumption had come down a lot, and new discoveries had been made. Another quick improvement was scored on the subject of acid rain. It almost disappeared within a decade. Oil companies knew already how to remove the acidifying sulphur from diesel oil. But they had always thought this would cost them money. As they had to look into it again, under pressure, they discovered that it would deliver them a profit. Even twice. They could sell the low-sulphur diesel oil at a premium, and also sell the very pure sulphur. 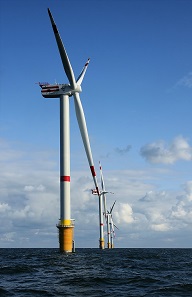 Wind turbines in the North Sea make a takeoff, even without subsidy. Photo: Wikimedia Commons.

Revolutions accelerate because of external factors. If people get dismayed. As a result of scientific and technological breakthroughs. As a result of continuous price cuts. If companies discover all of a sudden that they can make money on the new technology. If a new gadget becomes popular. As happened with the mobile phone in the nineties. Or in the early days of the motor car: people who could afford a car, could show off their modern lifestyle.

How will the corona vaccine take off? The pressure to develop something useful is immense. Europe even lifted its strict regulation on genetic modification (GM) in order to facilitate the development of a vaccine. A problem? Not at all. In health care, GM has never been a problem. So if a GM-produced vaccine comes to the market, most people will not care. Many politicians will even rejoice: it could speed up GM acceptance in food. The only strategy against such a development is to hush it up.

Often, a new product (or a new application) has been coming for a long time; but the breakthrough requires a trigger. Almost invariably, this is economic in nature. Suddenly, a company sees an opportunity to make money on it. If they succeed, the competition will follow swiftly. An economic mechanism that has never been improved so far. DSM’s ‘green pathways’, producing antibiotics with biotechnological means, were always highlighted as an improvement in environmental effect and in quality; but they only took off as the company started to make a lot of money on them. Governments do try to speed up slow revolutions by granting subsidies. Nevertheless, the real breakthroughs start to come once subsidies are no longer needed. Wind parks on the North Sea start to take off as they can be constructed profitably without a subsidy now. Solar cells break through as they can compete with fossil fuels on their own. We will see the effects soon: a fast and structural reduction of CO2 emissions, within five years.

Revolutions that speed up by forces from within. Breakthroughs that one doesn’t see coming by just extrapolating trends. The title of our latest book tells it all: the solutions are there! We will need to have an eye primarily on factors that can cause a breakthrough. Fashion. Public opinion. Technological developments. Price.

Interesting? Then also read:
Stepwise changes, a ray of sunshine in the climate debate
DSM was the first to discover biocatalytic ‘Green Pathways’
Biotechnologically produced food: positioning and profit margin