The report The better job (in Dutch) by the Netherlands Scientific Council for Government Policy (WRR) is ground-breaking. For the first time in forty (!) years, there is attention for job quality in Dutch politics. A subject that had been reduced to the point of oblivion by economic crises and neoliberal policies. Jobs, jobs, jobs was the policy mantra for many years. And now, finally some attention for all aspects that characterize work not just as a sacrifice (required for earning a living), but also as a vehicle for appreciation and self-assurance. 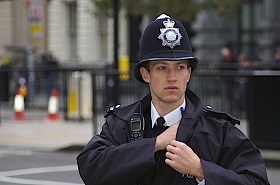 The reason to highlight job quality now is the growing disparity between better educated workers and decreasing work autonomy. Workers would like to have more responsibility, from better oversight, but actual developments at work are in the opposite direction: more regulation, stricter controls. The pace of work keeps growing, and therefore margins disappear, required for an independent interpretation of the task at hand. This growing pace causes more conflicts on the work floor – for instance between the distribution centre that works on a tight schedule, and the lorry driver who gets stuck in a traffic jam. So emotional stress adds to stress caused by the pace of work. And workers often need to resolve conflicts among themselves; social skills add to the already overburdened load of worker skills required.

The growing disparity between job wishes and job reality causes more and more psychic problems. In the Netherlands, forty percent of workers experience a lack of autonomy at the job, one in six has burn-out related symptoms. Particularly the latter condition should be worrying. On top of that, there are more conflicts between work requirements and private needs. And all that in an economic climate that offers less job security: many are self-employed, or work on a temporary contract, or on call with income insecurity. And remarkable enough, the disparity is also markedly felt by (semi-)public officials: policemen, teachers, nurses. A growing number of people feels unable to cope with the growing requirements of paid jobs and drop out. High time to address job quality. Long-time neglected, but now on the agenda again, at last. 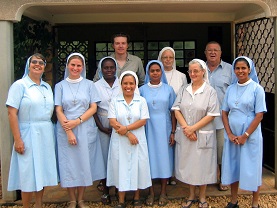 Nursing jobs tend to be rewarding in themselves, but these too have come under a lot of strain in recent years. Photo: Wikimedia Commons.

The WRR formulates three ‘dimensions’ of job quality:
– Grip on the income: financial security
– Grip on the job: work with sufficient independence, that requires the deployment of our faculties
– Grip on our lives: a balance between the job and the private life.
This latter dimension is characteristic of the Netherlands. For it is absent in the criteria set by the OECD, that also looked into job quality. Dutch people judge this dimension to be important, see for instance the choice for part-time jobs made by many Dutch women. Employers should pay more attention to these dimensions, says WRR. They will reap the benefits if workers feel better valued at their jobs.

Government should particularly pay attention to the problem of workers drop-out. Here, WRR makes a plea for ‘basic jobs’, paid by the government. These jobs offer job security; people can experience appreciation and can develop self-assurance through such jobs. Basic jobs should be permanent. They should address issues not addressed now by regular work. Much of those will be important from a neighbourhood perspective. Like caring for the lonely.

The WRR stays far from formulating a new ‘philosophy of work’. And yet, their change of perspective on work is of a fundamental nature. For the WRR values work higher than in a ‘jobs, jobs, jobs’ approach. The latter values jobs purely economically, as a vehicle for earning a living. The new approach explicitly focuses on the intrinsic qualities of work: appreciation and self-assurance.
But the Council seems not to be aware of the fundamental nature of its new perspective. If work serves to earn a living, employers need to apply strict controls in order to rule out loafing on the job. If work lends appreciation and self-assurance, workers will feel breathed down in their necks by controls. So job quality marks the reversal of a negative valuation of work (just as a means to an end) to a positive valuation (an end in itself, as well). From ‘labor’ to ‘work’ in the words of Hannah Arendt.

The WRR tries to solve job drop-out by creating a new category of ‘jobs for everyone’. As it says: ‘work is so important from a psychological and social perspective, that people can no longer be ‘fobbed off’ with an allowance. A salary will add self-esteem to the allowance, and the feeling to participate in society.’ In making the choice for the basic job, WRR evades the toxic discussion on the basic income. But the Council is remarkably vague when it comes to the details of its proposal. The basic job should not drive out regular work and should be primarily useful at the neighbourhood level. And it should be permanent. Compared to the basic income, the basic job asks for strict official regulation. For who will define and organize these jobs, and assign them to people? Will there be control? Should loafing on the job be allowed? What to do if someone would like to contribute to society by writing a novel? Will there be sanctions (difficult, in a basic provision)?

With some exaggeration we could make the point that there are ‘right-wing’ and ‘left-wing’ solutions for the problem of job drop-out: the basic job and the basic income. Ironically, the right-wing solution (‘no pay without work’) will require much more government intervention than the left-wing solution. The basic job supposes distribution and control by the government; the basic income is much more liberal (and tougher), for it leaves it up to the people themselves to find meaningful activities). And there is another difference: the level of pay. Pay for the basic job will have to be around the minimum wage. Basic income will be lower, indicating that society expects citizens to make some contribution to society of their own.

In both proposals, policy makers will have to think hard on how to treat the handicapped and chronically ill, people who can make a limited contribution to society at most. And we need to pose the question: can we think up intermediate solutions between the basic job and the basic income? We need creativity! The WRR has put on the agenda an urgent problem, neglected for too long. But it will take time to put solutions into practice.

Interesting? Then also read:
Compromise, often a solution rather than a liability
High hopes for holism
Sustainability and moralism, keep them apart