You are here: Home / Green chemistry

By the end of 2019, both USA and EU became aware of their dependence on China and India in generic medicines supply. Particularly the dependence on China was judged to be worrisome, as their share doubled to 13% in ten years’ time and because of the mounting trade war with the US. The warnings did

Last month, Chemical and Engineering News devoted an article to biobased aromatics: aromatic compounds derived from biobased resources. Much is going on here. This developing sector holds the promise that it will be able to produce aromatic compounds cheaper than the oil industry, and sustainably as well. As Vito’s Ludo Diels, one of the researchers

Quickly, the world gets critical of plastic waste. It litters land, waterways and oceans. Until quite recently, rich countries could export their waste to poorer countries – for them to sort out the difficult tail of consumer society. But since China banned such imports in 2018, each country needs to deal with its own waste. 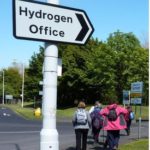 Hydrogen has a high energy content (120-142.9 MJ/kg); it is a clean energy carrier and can replace fossil fuels. Hydrogen is already a fuel of choice for space programs; it guarantees environmental quality and mitigates climate change. However, the presently used commercial methods for its production are not environmentally friendly; they require a major energy

In a first article, we proposed that plastic waste should no longer exist in ten to fifteen years from now. This ambitious goal needs to be tackled from two sides: plastics design on the input side, and dedicated processing on the output side. In both processes, chemists play a major role. And industry should show 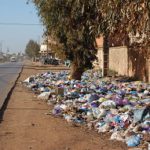 Mankind needs to set a clear goal: plastic waste should no longer exist in ten to fifteen years from now. This ambitious goal needs to be tackled from two sides: plastics design on the input side, and dedicated processing on the output side. Circular design concepts and professional reprocessing, including clever collection schemes, should help 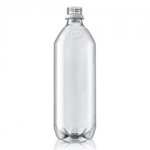 FD, the Dutch financial newspaper, today reported that Avantium will make new steps in green chemistry. It will construct a pilot plant to produce biobased MEG, directly from sugars. MEG is one of the components of the biobased plastic PEF that may substitute PET. Avantium now develops the technology to produce all PEF ingredients from