You are here: Home / 2013 / February / Respectful treatment of the complexity of biomass

Many scientists from the molecular sciences, like chemists and biotechnologists, regard the use  of biomass for energy production almost as a capital sin. It would be equal to burning down a top masterpiece. Many common citizens have a similar hang-up. They judge the use of food as a motor fuel to be unethical. For a meaningful discussion on the use of biomass in our future society, it is of the utmost importance to elaborate on these judgments, in particular to find common ground among them.

Lignocellulose is the most important component of wood. It consists of straight strings of cellulose, in a matrix of twisted strings of hemicellulose, and tied together by lignin which acts as a kind of glue.

Energy and molecules
With the exception of biomass, all energy carriers consist of simple molecules. In some instances, the structure is even simpler: light and electricity do not consist of molecules at all, heat is just oscillation of molecules. Wind and hydropower are about the movement of very simple molecules like oxygen with nitrogen, or with a simple formula like H2O. Even fossil energy carriers consist of simple structures. Coal is simply carbon (C) which burns with O2 to produce carbon dioxide (CO2) and heat (in passing we note that there are other chemical forms of carbon, diamond and graphene, which we would not simply like to burn). Shale gas, natural gas and oil consist of simple carbon/hydrogen combinations, a.k.a. hydrocarbons. Biomass on the contrary, whatever its origin (vegetal, animal, or human) is characterized by an astounding molecular complexity. The complexity of life. Fossil energy sources do have a relationship with living matter, they once consisted of biomass. But an important difference is that this ‘ancient biomass’ lost its propensity for life a long time ago. From this point of view we understand why biotechnologists can look upon the use of living biomass as a fuel as a mortal sin. We only burn our trees or our valuable furniture in case of emergency, like in wartime or now in the Syrian civil war.

Simplification, egoism and reductionism
Why then, does mankind work so hard to develop biofuels, energy crops, and thermal processes e.g. to produce oil from wood? Why could not we wait for the so-called second generation processes, which allow us to recover energy from food waste or from non-food biomass, like straw or grass? Why do we log pristine rain forests for palm oil plantations, whereas there is an ample supply of land lain fallow on which we can plant oil palms much more orderly? Was it the fear of being left in the cold, or of irreversible climate changes? All these arguments have been used, but they do not stand up to scrutiny. There was just one driving force: the quest for the quick buck to be gained from emotional waves on supposed shortages of oil and gas, and climate catastrophes coming near. In short: fear mongering; earning money on the basis of fear has always been the simplest way. 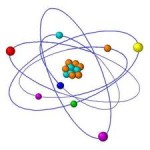 Nevertheless, there is a deeper cause to these developments. Virtually all scientists and technologists have been taught a very much simplified world view (society, nature, life, the universe). Each and every beta education starts from assumptions and models. The real world is too complex to comprehend for the young student; and too complex for the professor to explain. We reduce it to easily digested chunks. 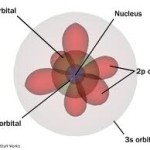 The combination of these chunks is supposed to approach reality, or even improve it a little; at least, we hope so. We must add that our wealth and good health are largely dependent on this reductionist approach, based upon logical thinking. But meanwhile we tend to forget that again and again, reality is just a little more complex; life and nature dazzle us ever again with their complexity and how much we can learn from them.

Green, with a premium please
The reflex to return to simple assumptions and axioms is strong. A fine example is the use of biomass for production of building blocks for chemical industry. For instance, industry processes biomass to synthesis gas (a mixture of the very simple molecules hydrogen and carbon monoxide); and it produces ethylene from sugar through the intermediate of alcohol. Likewise, we can easily produce almost all petrochemical building blocks from biomass. These building blocks are identical to those from oil, coal or gas; we can therefore keep using all investments in subsequent chemical operations and applications. Logical and rational, with the provision that we prefer to give the predicate ‘green’ to the final products, and receive the connected premium. We forego the fact that our feedstock was biomass, with a molecular complexity and functionality with which we might have been able to achieve even much nicer results. We are caught in our game of Lego.

This pathway is not problematic in itself, provided that we keep in mind that this is a transitory phase to the better use of biomass’s intrinsic opportunities. An interesting point in case is the research on the production of oil from biomass. The original idea to use bio oil directly in existing petrochemical installations, has failed. From a molecular point of view, bio oil and fossil oil both are relatively simple mixtures; and yet they are so much different that problems keep popping up in existing installations. Bio oil was too acidic, or contained too much oxygen, or it produced too much residue, etc. The lessons from this are twofold: 1) use of biomass for existing chemical processes or materials can be done as long as the bio building block and the fossil equivalent are identical on a molecular level, and in so far as this use does not stand in the way of a higher-value application of the biomass at hand; and 2) if the bio building block is not identical, it would be wiser for us to start from the complexity of the biomass for the development of a new or improved product. 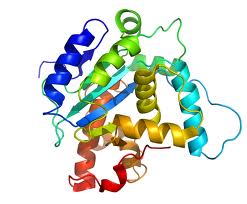 Proteins only function within in a specific spatial configuration. If we break them up (to peptides or amino acids), they lose their function in the living organism.

Cooks and farmers, masters in dealing with complexity
So now we know why it is so difficult for us to handle biomass’s complexity, and the multitude of possible applications that ensue from it. We want to get rich quickly, and see results too fast; we let ourselves be caught in emotional traps, and have had the wrong education. But some people know very well how to handle biomass’s complexity. Cooks and farmers are among them. The cook does not have much molecular insight, but knows exactly what to do in order to manipulate taste, feel, colour and look of the ingredients, and produce a wonderful dish. Molecular scientists make great advances in the explanation of the precise nature of the cook’s actions, but they are still far from writing cookery books for three star restaurants (notwithstanding all progress in personalized nutrition). Farmers know very well how to treat their livestock or their land in order to arrive at a healthy and productive animal, or at the maximum yield of their land. And again, the scientists’ models are increasingly successful in the explanation of the farmer’s molecular secrets.

Yet, many actions by scientists still have a basis in reductionist thinking. We would prefer on the contrary to reason and act from a complete understanding of biomass’s, of nature’s, complexity. One would want to take a picture, as it were, of that complexity, and press a few knowledge and technology based buttons which would turn the point of departure into the (complexity of the) desired product. No longer reduce the complex feedstock to simple building blocks, and form new complexity by their combination. But traverse horizontally, or even better, transform the existing complexity into a higher one, with better or new applications. Modern biotechnology advances well along that pathway already.

Many youngsters still have to learn what complexity is, and how they can treat it to the benefit of society. The parallel with our society’s complexity may not be a mere coincidence. Modern ICT may take us a long way on the path from reductionism to holism.