This article was first published on Renewable Carbon News of nova-Institute. 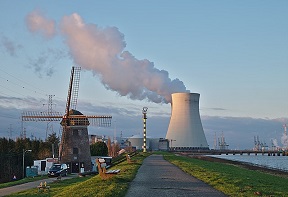 The European nuclear lobby, already thought dead, is trying to give nuclear energy a renaissance experience at the European level by classifying it as “sustainable” in the new European taxonomy. At least for a transitional period, nuclear energy would then be deemed as a sustainable energy option on the same level as solar and wind energy. And it seems as if this coup is going to succeed – the whole situation makes me want to tear my hair out. It is incomprehensible how nuclear energy might be classified as sustainable when it contradicts the Brundtland definition of sustainability and threatens several Sustainable Development Goals.

I myself am a nuclear physicist by training, have visited several nuclear power plants and understand how they work in detail. I then worked in the fields of environment, resources and solar energy, and later, with nova-Institute, refocused on the bioeconomy and over time also on the utilisation of CO2 and recycling. Based on my comprehensive expertise, I am confident to say that there are more reasons than commonly known why a renaissance of nuclear energy would be a big mistake.

The focus is often on two rather well-known issues: the lack of final nuclear waste repositories and the risk of serious nuclear accidents. And indeed, nuclear waste has to be safely stored for 100,000 years and more, and suitable repositories are not yet available. As far as severe nuclear accidents are concerned, these are associated with thousands of cancer deaths, which are distributed regionally and supra-regionally and also in terms of time. According to calculations, severe accidents with massive releases of radioactive substances should occur every 30,000 years; in reality, such nuclear accidents have occurred every 30 years so far with Harrisburg, Chernobyl and Fukushima. Nuclear power plants also pose a considerable risk in the event of war.

But another aspect that is mostly neglected is uranium supply and costs. According to various studies, the uranium for today’s nuclear power plants will last for 20 to 200 years only. With further expansion, this range will be reduced accordingly. At the same time, the construction times and costs of nuclear power plants are much longer and higher than for renewable energies. The latest nuclear power plant in Finland costs € 9 trillion and is scheduled to go online at the beginning of 2022, after a construction period of 16 years.

The electricity production costs of new nuclear power plants are about a factor of 2-3 higher than for solar and wind energy in Central Europe, which can be seen directly in the agreed feed-in tariffs.

Currently, there are only two strategies for overcoming the uranium shortages in the future: The extraction of uranium from seawater and other new sources, which would cause the costs for nuclear power to further rise significantly. Or the build-up of so-called fast breeder reactors, which produce not only electricity but also other fissile material and can thus increase the total yield by a factor of 60. But at the same time, plutonium cycles of several thousand tonnes per year are being created, with about 5 kg of plutonium being enough to build a nuclear bomb. A horror scenario from a global safety point of view.

Europe lags behind in its effeorts for solar energy. Photo: GabrelleMerk, Wikimedia Commons.

The hundreds of billions that are now to be sunk into nuclear energy will not be available for the build-up of renewable energies in Europe. With the investments redirected to renewables instead, larger capacities could be created with solar and wind plants, they could be realised more quickly, the risks of nuclear energy would be avoided and a truly sustainable and long-term energy system could emerge. This is also a social opportunity, as it would make sense to connect with the excellent opportunities in North Africa under fair conditions.

The hesitant expansion of solar energy, in particular in Europe, requires an explanation. For the EU member states and their companies, the expansion of PV – even if it is supposedly politically desired – does not seem to be really attractive. This becomes for example visible in the fact that the production of solar cells takes place almost exclusively in China. When it comes to installing solar cells, Europe is an importing country and transfers billions of Euros to China every year. The question of why remains. A massive focus on and expansion of renewable energies would position Europe as a leading pioneer, innovator and profiteer at the same time. 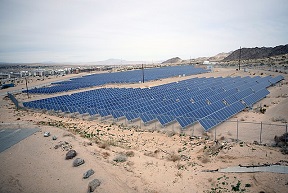 The answer to the push by the nuclear lobby should therefore be a Marshall Plan for the expansion of European solar PV production capacity by at least 100 GW until 2030 – because Europe alone would need several 100 GW solar PV implementation by 2050 to become independent from fossil energy sources! This expansion of capacity should take place in as many EU member states as possible, so that many countries benefit and the expansion of solar energy creates local added value and jobs in the EU: both in production and in implementation, which should also take place in North Africa – here solar energy production is most efficient and social benefits can be generated as well.

The energy system of the European Union should be systematically converted along the entire value chain to solar energy, wind power, other renewable energies and hydrogen. An additional benefit is that it also leads to the only pathway to sustainable chemical and plastics industries. Because these industries need a lot of green hydrogen to extract carbon from CO2 for its processes.

We still have it in our hands to make the entire energy industry sustainable, long-term and low-risk. We should not delay this transition by huge investments in only transitional nuclear energy with high and long-lasting risks.