In an unprecedented move, the International Energy Agency (IEA) published its NZE2050 scenario this month: towards net zero carbon emissions in 2050. Required for a climate strategy that limits the rise of global temperatures to 1.5oC. NZE2050 marks a major IEA policy reorientation. The agency finally recognizes that solar and wind energy could become the backbone of a future energy system. 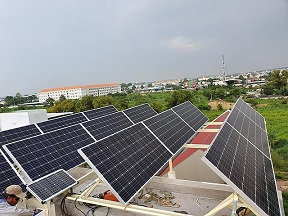 The NZE2050 scenario involves a pathway that is ‘narrow and extremely challenging, requiring all stakeholders – governments, businesses, investors and citizens – to take action this year and every year after so that the goal does not slip out of reach.’ Still, IEA sticks to its guiding principles. The first: ‘to promote secure and affordable energy supplies to foster economic growth.’ And the second: ‘that clean energy transitions must be fair and inclusive, leaving nobody behind.’ Hence, no new economic policies from the IEA. All changes are in the field of energy supply. Advanced economies even ‘have to reach net zero carbon emissions before emerging markets and developing economies, and assist others in getting there.’

Every aspect of this scenario is revolutionary. Even though in the first ten years, it doesn’t rely on technological innovation. All technologies used until 2030 already exist. In this period, policy will be the main driver of the process. With targets and competitive auctions for wind and solar energy projects. Speeding up the electrification of society, particularly to the 785 million people that have no access to modern energy. Reduction of energy losses in the system. Fossil fuel subsidy phase‐outs, carbon pricing and other market reforms that send appropriate price signals. 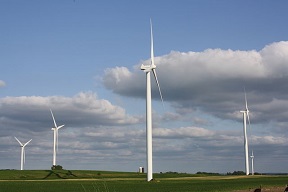 Net zero carbon emissions will require a quick reduction of fossil fuel use, particularly coal. No new coal-fired electricity generating plants without carbon capture. Retrofits for the remaining ones. No new coal mines or mine extensions. No new oil and gas fields approved for development after 2021. Oil and gas producers will focus on the operation of existing assets.

There will be major changes in employment. The scenario predicts 5 million jobs lost in the fossil industries. On the other hand, 14 million jobs won in other sectors. But new jobs will require new skills, and often they will be in different places. Large energy‐consuming companies and vehicle manufacturers will retool their factories, improve efficiency and switch to alternative fuel supplies.

By 2050, almost 90% of electricity generation will come from renewable sources, with wind and solar PV together accounting for nearly 70%. Most of the remainder will come from nuclear. Many people will not spend a larger share of their income on energy; even though in developing economies, there will be a large increase in demand for modern energy services.

Carbon capture, use and storage

Emissions reduction from industry, transport and buildings will require new technologies. IEA relies on carbon capture, use and storage (CCUS) to do part of this job. ‘Every month from 2030 onwards, ten heavy industrial plants are equipped with CCUS, three new hydrogen‐based industrial plants are built, and 2 GW of electrolyser capacity are added at industrial sites.’

Net zero carbon emissions imply that no new internal combustion engine cars will be sold by 2035. Cars then run on electricity or fuel cells. By 2050, nearly all heavy trucks sold are fuel cell or electric. Aviation will switch to low-emission fuels like bio and synthetic fuels. Ammonia will become vital for shipping. In buildings, emissions drop by 40% in 2030 and by more than 95% in 2050. By 2030, around 20% of the existing building stock worldwide is retrofitted and all new buildings will comply with zero‐carbon‐ready building standards. By 2050, electricity provides 66% of energy use in buildings (33% in 2020). Natural gas use for heating drops by 98% in the period to 2050.

Provisions for flexibility will be essential, particularly in the new electricity system; in order to balance wind and solar energy with evolving demand patterns. We will need batteries, demand response and low‐carbon flexible power plants, supported by smarter and more digital electricity networks. These will require new critical materials. We also need to pay attention to the resilience of electricity systems to cyberattacks.

These changes need major investments. Total annual investments in the energy system will amount to $ 5 trillion by 2030. Governments will play a key role in this process, reducing risks for investors and ensuring that benefits are shared by all. On the other hand, oil and natural gas production will contract, with far‐reaching implications for all countries and companies involved. But there will be major health benefits: 2 million fewer premature deaths globally from air pollution in 2030.

In the annexes, IEA specifies the details of the NZE2050 scenario. The economy continues to grow in this scenario, by 2.7% p.a. until 2030 and by 2.3% afterwards. Wind and particularly solar energy will be much cheaper than all other sources. Details differ, dependent on the region. But approximately, IEA gives the following costs for energy production in 2030, in $/MWh: nuclear 90, gas 110, solar 30, wind onshore 40, wind offshore 55. On the basis of these figures, we need not be surprised that solar will soar and that gas will die off. Until 2050 in this scenario, solar energy will grow by 2100%, wind by 1400%, bioenergy by 250% and surprisingly, nuclear still by 100%.

It should be clear that this is not a development endorsed as such by the IEA. It is a scenario, dependent on its goal (1.5oC global temperature rise), its presuppositions  and its instruments. The IEA goes at great lengths to stress that this pathway ‘hinges on a singular, unwavering focus from all governments – working together with one another, and with businesses, investors and citizens…. (It) relies on unprecedented international co‐operation among governments, especially on innovation and investment.’ Do we hear some scepticism here between the lines?

Moreover, IEA criticizes governments for paying much lip service to climate goals. By far not all countries have made net zero pledges. Of these countries, fewer than a quarter have fixed this in legislation. And even fewer countries have made plans underpinned by specific measures or policies. In short, the world is by far not on the road leading to 1.5oC global temperature rise. IEA estimates that at present the world is on a 2.7oC temperature rise track. If all countries should stick to their pledges, this number might be reduced to 2.1oC. Therefore, much needs to be done, both in political resolve and in devising better, more adequate policy instruments.

And what about scale?

Remarkably, IEA does not comment on scale. To us, a scenario as ambitious as the NZE2050 will have to adapt the scale of energy supply. Solar and wind energy are local resources, and a large proportion of energy use is on a local scale. No need there to transport energy to a central level and back. Therefore, no large-scale technology like CCS – just storage – if we can avoid it (just costs, no gains) and no new nuclear power stations (too expensive, even according to IEA’s own figures). New infrastructure! Reduction of energy losses through an appropriate scale! But apparently, institutions that have always thought large-scale need time to let this new clarity seep through.

And maybe… maybe we don’t really need to reduce emissions all the way down to zero. The goal is worth while pursuing, but as the Germans say: jeder Konsequenz führt zum Teufel (in the end, consequential behaviour will lead to bizarre results). We will always need to balance costs and rewards (in whatever measure).

In the next article we will explore the new IEA perspective on solar and wind energy that prompted this net zero carbon emissions 2050 scenario.

Interesting? Then also read:
Smart grids: the power of the small scale
Solar industry evolves to the TW scale
CCU, Carbon Capture and Utilization, even better than biomass as a feedstock