A recent article in Nature Energy confirms what we might have surmised already: renewable sources are much better at creating a low-carbon energy future than nuclear power. They do need quite another electricity infrastructure. But grid companies quickly learn how to change their energy policy, and create a new system that fits well these new sources.

In two articles, we compare the most important low-carbon energy technologies: nuclear power and renewables.

Researchers at Durham University condensed the Nature article and published theirs on The Conversation. The authors in Nature compare trends in energy data from 123 countries that span a period of 25 years. Their conclusion: energy systems with a large proportion of renewable energy succeed well in reducing their CO2 emissions; but energy systems with a large proportion of nuclear power don’t. Moreover, nuclear power and renewable energy sources relate negatively to each other – they drive each other out. 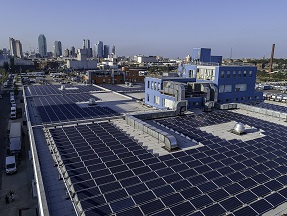 One of the reasons why comparisons are difficult is because renewable energy differs radically in scale and properties from nuclear power. Photo: solar panels in Brooklyn, Wikimedia Commons.

Why would renewables be better? Such analyses don’t indicate causes; they just show relationships, accidental or not. But why then would renewable sources be better at reducing CO2 emissions?
– The result can be a temporal effect, resulting from the energy investments required to construct a nuclear power plant or a solar panel, respectively. Nuclear power requires a higher energy investment relative to energy production; therefore, energy payback time is longer. Factors at play here are the amount of energy required to build the power station, to produce concrete and steel. There are major running energy costs, in particular uranium mining and enrichment. If these differences should be temporal, nuclear power will move in to renewables in course of time, once the reactor will start to produce electricity (after some 10 years of construction time).
– But the result can also be structural – resulting from differences in the energy system around these technologies. An important factor here could be that renewable energy is produced closer to the end user, and that therefore system losses are smaller. This proximity could also lead to behavioural changes. In the case of rooftop solar, end users directly witness production and consumption patterns, and can adapt their behaviour accordingly.
Nuclear power and renewable sources are both capital intensive, they compete for investment funds. But they require radically different infrastructures, in short centralized versus decentralized. We devoted much attention to that factor: here, here and here. We have reached the point in energy policy where we need to make real choices: not just low-carbon, but renewable. And if we should really want to know why in the energy system, renewables are better at reducing CO2 emissions, we should follow up the Nature research. 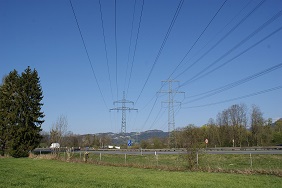 High voltage distribution is at the core of the present electricity system. Photo: Wikimedia Commons.

In our second article, we will look into the economic factors at play in the choice between nuclear and renewables. Here we concentrate on system effects. Up to now, large spinning flywheels in power stations (nuclear, coal or gas fired) produce grid stability. But wind turbines and solar panels are much smaller; their energy production is intermittent and depends on weather conditions. But grid companies now quickly learn how to control this much more variable supply. As the piece in The Conversation puts it: ‘a shift is underway towards smart, reactive grids that can alter supply quickly to accommodate changes in generation or demand.’ Batteries play an important role here, as well as hydrogen and biofuel generators that can be switched on and off quickly when needed.  ‘The falling costs of battery storage in particular have transformed the ability of national grid operators to rapidly and reliably manage energy supply.’ And not to forget: we can also regulate demand, using electronic devices. 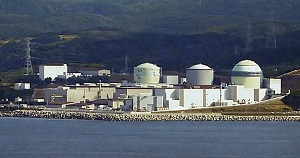 Nuclear power will not win

In short, energy policy is about more than costs. It is about the structure of the future energy system as well, and about opportunities for further improvement. The existing grid infrastructure can easily accommodate nuclear power. We could almost look upon it as the technology ideally suited to consolidate the existing situation and discourage possible new entrants. On the other hand, the development of energy storage and an intelligent network require innovation, with a ‘nothing venture, nothing gain’ mentality and learning curves to be passed through. We now begin to see the outline of such a system. As the first hurdles have been taken, we now need to continue. In a few years’ time we will be able to reap the benefits. Like less energy losses, caused by transport over large distances. Using direct current if transporting over large distances (solar and wind power produce DC). Our equipment becomes more intelligent all the time and often require ‘small’ currents, that we can produce and store ourselves. With good insulation, we just need some solar foil, solar roof tiles and a few batteries; leaving us with a Zero Energy home. With the connection to the grid just for emergency.

Summing up, the energy landscape is in turmoil.  Until quite recently (according to The Conversation), the outcome of the struggle between nuclear and renewables was determined primarily by the amount of subsidy for each of these technologies. But because of new kinds of infrastructure, the tides now change. Energy policy is increasingly about real issues. And of course, price developments are important – for whatever the importance of reducing CO2 emissions, usually prices will be decisive. We will look into them in the next article.