Does the era of antibiotics come to an end? Do we have to prepare ourselves for a time when infections will once again be one of the main death causes? We know how this comes about; resistance is the all-encompassing common denominator. But behind that looms improper use as a cause, both on people and on animals. Although we should acknowledge that resistance is the answer of the infectious bacterium under attack, and hence a natural reaction. We will not be able to solve this matter once and for all, but it would be nice if we could enjoy the present inventory a little longer. 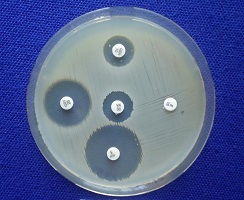 Some one hundred years ago, one third of all deaths were caused by an infection; above all by tuberculosis, pneumonia and intestinal infections. Such a state of affairs is still far off now. And yet, the problems are daunting. Experts predict 10 million casualties from incurable infections by 2050; that makes all the alarm bells ringing. In comparison: Covid-19 took about 1 million lives in its first year (2020/21). The WHO estimates the present amount of deaths by infections to be around 15 million, the vast majority of which in developing countries.

Resistance through errors in humane use

Unnecessary and undesirable prescription of antibiotics still is worryingly high. Early this century, the American CDC (Center for Disease Control) estimated the amount of faulty antibiotic prescriptions to be around 50%! Antibiotics will generally not cure infections of the ear, the common cold, bronchitis, sinusitis and sore throats; but use for such purposes just comes down slowly. And general knowledge of the causes of infections continues to be low. Two thirds of inhabitants of the EU, questioned in 2009, judged that antibiotics will be active against viruses as well. 20% of those who used antibiotics, said that they used the medicine against the flu. Ignorance with professionals and the general public is an important cause of resistance.

In countries with a lower level of health care, there is even more cause for concern. There, many antibiotics are available without prescription, and many cures are not properly finished. Because of poverty, many people buy the medicines one pill at a time, or just for one or a few days. Antibiotics are hardly used in a revolving scheme. Whereas we know that resistance will be reduced if the medicines concerned are not being used for some time. A Finnish study shows this clearly. Halving the number of recipes for erythromycins from 1991 to 1995, resulted in halving as well the incidence of resistance against these medicines.

As there is much publicity around the Covid pandemic now, knowledge of the advantages and limitations of antibiotics and antiviral medicines seems to grow. Although sometimes we might be tempted to think otherwise, in view of the demonstrations against vaccination, violent at times. 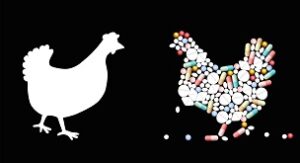 Use of antibiotics in intensive livestock farming is a serious threat to public health.  Photo  Shutterstock 503825650

Errors in veterinary use

Antibiotics use in cattle breeding has become alarmingly high in the end of the past century and the start of this one. They are used for three purposes: curing infections, preventing infections and as an additive to fodder as a growth enhancer. The latter two are quite irresponsible. Even worse, in fact we don’t understand why authorities have not acted earlier and stronger against this improper use. A 2017 World Economic Forum report shows that in 2013, the volume of veterinary use is three times that of humane use: 131,000 tons on animals and 40,000 tons on humans, globally. What can we do to prevent this state of affairs? Eat less meat, for instance. And above all, ban preventative and growth enhancing use of antibiotics in the meat industry.

In 2006, the EU banned non-medical use in animals. In Scandinavian countries, farmers comply very well to this rule. In other countries, including the Netherlands, the USA and Japan, they move into the right direction. The rest of the world still has a long way to go. The need to reduce antibiotics use is shown in alarming figures. Up to 90% of antibiotics administered to animals ends up in the environment; there, these substances may cause the development of all kinds of resistant infectious microorganisms. In 2016, the UN declared veterinary use of antibiotics to be the main cause of resistance. In episode 43, we highlighted this already. 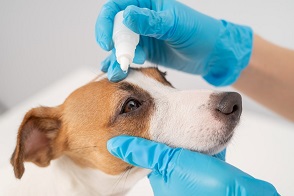 Abundant use of antibiotics in pet animals should be restricted. Photo Shutterstock 1962822652

Do chemical agents come off worst?

In many areas, chemical agents are on the retreat. Leaded petrol is outdated. Banned because of damage done to the environment, and especially to young children’s development. Fertilizer in combination with the green revolution now allows us to feed 7 to 8 billion people. Its flipside is obvious by now. And the era of fossil fuels now draws to an end, with its products energy carriers and plastics. Nevertheless, these developments have raised substantially the level of welfare of billions.

Chemistry played a major part in these developments. So chemistry plays the role of both cause and effect. And that holds true for science in a broader sense. Doing fundamental research, choosing options. Developing these to useful and sustainable applications. Having an eye on disadvantages, and timely suggesting new opportunities. These dynamics are eternal, but nowadays we need to make sharper choices than  ever.

Nowadays there are many opportunities. In renewable energy. In food, materials and medicines. We discuss many examples in our publications More with Less (Biobased Press 2017) and De oplossingen zijn er al (in Dutch) (Biobased Press 2020). Major think tanks like RethinkX and the Rocky Mountain Institute elaborate these views to interesting perspectives. In short, the answer to the question if chemistry is losing the battle is both affirmative and negative. 20th century chemical science has proven to be very fruitful but is now ripe for replacement. We are in the middle of that process. Nobel Prize winner Ben Feringa shows in his work where this might go.

In the next episodes we will investigate how science and industry have tried to sustain the life-saving use of antibiotics. This search has not come to an end by far. As will be shown by the subjects that we will treat: from more of the same to entirely new molecules, phages, plants, homeopathy, ants and our gut flora.

The question is not merely, where and how to find future antibiotics, but also who can best do this search. Pharmaceutical industry is playing a doubtful role at the moment. As described by us in episodes 44, 45 and 46 on the decline of modern pharma. We need a new approach! An industrial branch analysis, such as performed by McKinsey, could easily confirm that point of view. But this will be a difficult exercise, even more difficult than the change from the internal combustion motor to electric propulsion in the motor car business. For the problems in the health industry are much more fundamental than those in the motor car industry. And they are more difficult to answer, on top of that. For the (market) demand for health is essentially endless. And as a result of that, simple corrections in supply and demand will not work, or hardly so.

Sources:
Wikipedia: all names and products mentioned
Antibiotics resistance and how to overcome it
‘Antibiotica en resistentie’, cahiers biowetenschappen 2003. ISBN 90-73196-33-7 (in Dutch)
World Economic Forum. Three-quarters of antibiotics are used on animals. Here’s why that’s a major problem.
Hannah Ritchie. How do we reduce antibiotic resistance from livestock?