You are here: Home / 2020 / October / Antibiotics resistance, and how to overcome it

All over the world, antibiotics resistance increases. Overdose prescriptions are an important cause. And also the natural phenomenon of increasing resistance as the same medicine is being used for years at a stretch. The problem is severe in humane antibiotics use. And even worse in livestock antibiotics use. Lux Research has investigated the alternatives. And in addition to that, we offer a new alternative. 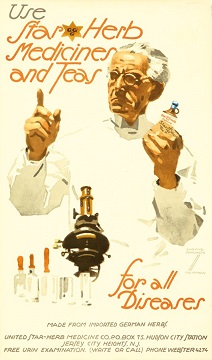 The claim of medicines able to cure all illnesses has always been present. Image: Wikimedia Commons.

Antibiotics resistance is a growing problem

Livestock production accounts for up to 80% of global antibiotic use. In many countries, a general practice has evolved to administer antibiotics to livestock in relatively low doses on a regular basis. The aim is to promote animal growth and better productivity. But even in low doses, this practice promotes the emergence of strains of drug-resistant bacteria. In the long run, a threat to the food system, as many pathogenic bacteria in animals are dangerous to mankind as well. Already 100 countries have national action plans to fight antibiotics resistance. In a new report, ‘Beyond Antibiotics: The Future of Animal Health Alternatives,’ Lux Research identifies seven alternatives to support the animal health industry. There is a momentum now for such action, they say. Public resistance to antibiotics is mounting; and Covid-19 has pushed animal health back into the spotlight.

The main near-term opportunity to reduce antibiotics resistance lies in the use of eubiotics, says Lux Research. Because of technology readiness, scalability, ease of approval and product cost. Eubiotics is an umbrella name for the use of probiotics, prebiotics, organic acids and phytogenics. For instance, prebiotics selectively promote beneficial flora in the gut microbiome. As a result, the intestines tend to be healthier; food is digested better and feed efficiency increases. This contributes to disease prevention although prebiotics don’t treat diseases broken out. But often, the mode of action isn’t well-understood. Commercial prebiotic products tend to contain many ingredients among which the makers claim synergism, and this complicates research into their effect. In the longer run, according to Lux, targeted antimicrobials like bacteriophages and antimicrobial peptides may provide good solutions to antibiotics resistance. But here, the state of technology is often unclear. And therefore, in this area regulation may be difficult.

And then, solutions may be less clear-cut than Lux suggests. The introduction of alternatives to antibiotics may require much research. It may be hard to regulate these substances. Take the case of probiotics. These are live microorganisms, sold for instance as active agents in a yoghurt drink. Probiotics are promoted with claims that they provide health benefits. They are supposed to improve immune health, relieve constipation, or avoid the common cold. But both in the US and in Europe, regulation on medicines is strict; and if these claims have not been proven in clinical trials, such products cannot be advertised as good for one’s health. Much the same holds for phytogenics, feed additives derived from herbs or spices. Examples are concentrated solutions of such substances that may be sold as essential oils.

Therefore, the suggestion that eubiotics could partly replace antibiotics carries with it a lot of problems. Proof of effective action will be difficult. Many ingredients of these agents are unknown, or at least insufficiently known. And if an action to prevent or even cure illnesses should be proven, oversight and control may pose even more problems. The new trend towards eubiotics opens up pathways for false claims and for crooks trying to sell us their stuff at high prices; particularly in highly valued areas like physical appearance and athletic achievements. Remember clenbuterol? Used as a treatment for asthmatic horses, in order to improve breathing. And as a growth promotor for animals. Then sold as a performance enhancing drug to humans. Subsequently discarded as doping, even though its enhancing effect has never been proven. The most visible victim being Alberto Contador, a Spanish cyclist who was robbed of victories in the Giro d’Italia and Tour de France 2010 and 2011 because clenbuterol was found in his urine (and who has always maintained that this was caused by eating contaminated meat). There is a thin line between health enhancing products and doping – a line that may even move in the course of time. 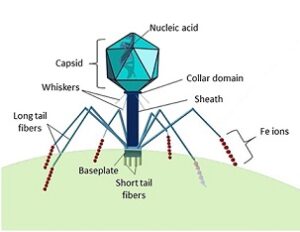 Then, Lux Research suggests the use of antimicrobial peptides as a partial substitute for antibiotics. This is a class of substances that have been shown to kill bacteria; some also kill fungi, viruses, parasites, and cancer cells. Research into these substances is young and clinical trials have only just begun. So, promising as this line of research is, it will take some time before we see treatments coming. The same holds true for bacteriophages, or just phages. These are viruses that kill bacteria. They were discovered over a century ago, but when antibiotics came along, research into them was almost discontinued. Only in the former Soviet republic of Georgia, knowledge of them remained existent. With antibiotics resistance now appearing, interest is rekindled and research soars. There are stories of people with deadly infections who could not be cured by antibiotics, but with whom treatment with phages was successful. But the subject is quite difficult, as most phages attack just one bacterium. Therefore, broad-spectrum phage treatments are impossible and much research is required into the effective treatment of any illness.

But measures to reduce antibiotics resistance may lie quite simply in better precision and less sloppiness in the administration of antibiotics. In the Netherlands, a country that exports much meat, the problem of antibiotics resistance in livestock was identified already back in the 1990s. As a result, antibiotics use has come down by two thirds, although the target of 0.06 grams per kg livestock has not yet quite been attained. This has been done without a noticeable effect on animal health. Dutch policy aims to use antibiotics sparingly, selectively and just for curative purposes, controlled by veterinarians.

Still, there is much promise in new health enhancers and medicines. In agriculture and horticulture, there is much enthusiasm about the recent discovery of biostimulants – soil organisms and particularly compositions thereof with beneficial effects on plant and crop. Plant protection industry now embraces this new pathway. Moving away from individual compounds for plant protection towards balanced mixtures of activating ingredients. Towards a holistic approach. We could envisage a similar line of action in animal husbandry. Discovering agents or more likely compositions that stimulate animal health, beneficial to animals and mankind alike. Keeping in mind that both claims to their effects and control on their use will have to innovate.

Interesting? Then also read:
Review: biostimulants for sustainable crop production
Circular agriculture, the model of the future
Healthy soils for a productive bioeconomy