You are here: Home / 2021 / December / Chemistry vs. bacteria, # 45. The decline of modern pharma in three acts. II: the empty promises of biotech

In the period 1980-2000, pharmaceutical research needs new impulses. The 1950 guidelines are brought to mind again:
– we can cure diseases using the proper medicines
– we can unlearn bad habits.
Although back then, people don’t do this consciously; we rather reconstruct biotech events, reflecting on this period. New specialists like epidemiologists and sociologists look upon bad habits and environmental pollution as the main cause of diseases; like cancer, cardiovascular conditions and psychological problems. Then, the solution will start with a healthy diet and a clean environment. New insights into genetics, most of all the composition of DNA, seem to produce towering promises for new medicines. Ehrlich’s chemotherapy and rational design, dressed up anew. Did that amount to much?

Metabolic pathway from resources to final product. Schematic  drawing of a biological cell in operation. Most parts are needed to keep the cell alive. Genetic engineering can be done on all parts. Cick to enlarge.

The promises of biotech

Nowadays, molecular biology and biotech tell us in great detail the composition and properties of the smallest form of living matter, the biological cell. With DNA in the nucleus, containing the code for all parts of the cell. Deciphering those codes for the production of all proteins, enzymes and other substances, required for the cell’s functionality. With the pathways for resources within, through and out of the cell in the build-up of useful substances; like a hormone, or the penicillin molecule. If diseases come up, it then seems logical to look upon this as the result of mistakes in this process; that would lead us to a search for a purposeful repair within the cell. We’ve seen this before. In biochemical industry, there are wonderful examples of genetic interventions in cells of microorganisms; leading to a higher production of the substance required. In plants as well, there are good examples of the results of genetic interventions. Why wouldn’t we be able to do this in human beings? We will unravel step by step why this has been unsuccessful.

Why does it take so long?

Biotech interventions in microorganisms have been (and are) very successful. Through this technology, we produce many (and cheap) antibiotics, like penicillin from intensely genetically modified moulds. A great leap forward consists of the unravelling of the genetic codes for insulin in the pancreas. We can transfer these codes to a bacterium, that then starts to produce a lot of cheap insulin. Likewise, we can transfer the genetic code for artemisinin from the wormwood plant to the yeast cell; a perfect and cheap source of this important antimalarial agent. But then, the medicines produced along such pathways are well-known; they were discovered and developed decades before. 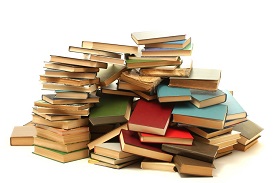 A book as a metaphor for our DNA code is misleading. Any combination of the letters ACT and G will give a thrilling story. Photo: Shutterstock 112499642

So then, what about the next step: development of new medicines to contain diseases for which there is no cure nowadays? There are some 4000 hereditary diseases caused by a single gene in the DNA. Among those, the diseases of Duchenne and Huntington are well-known. The remainder of diseases in this class are very rare; so far, proper treatments have not been developed. If doctors suspect the incidence of such a condition, they could screen the foetus and possibly abort it. We can compare this to surgery on cancers, a practice that was common for many years. But then, many diseases are caused by a complicated interplay of a number of genes; or DNA may not be the cause at all. It gradually dawns on us that reality is infinitely complex, even in that tiny almost invisible cell. That all manifestations of living matter are interconnected. And that the reductionist approach of the past 100 years (one case/one medicine) now comes to an end.

Finally, in the ‘90s, biomedicines come to the market. By far the most profit is being made on insulin; although clever marketing is at least as responsible for this result than better activity of the medicine. The insulin produced by the bacterium is identical to the humane form. Therefore it is being marketed under the name of Humuline. It is being praised beyond measure because it is supposed to be much better that the traditional insulin, produced from pigs and cows. But patients on Humuline often do not feel a hypo coming (a low blood sugar concentration), and this can have fatal consequences. The number of similar products coming to the market with therapeutically improved activity is small. Among them a vaccine against the liver condition hepatitis B; and erythropoietin (EPO), a kidney hormone that stimulates the formation of red blood cells. Well-known because of its illegal use in sports. Factor VIII is a success as well, particularly on people who suffer from haemophilia. But products like interferons and interleukins, intended for the treatment of cancer, promise a lot but fail to do so.

In the ‘90s, we learn to know cause in DNA of many hereditary conditions. Often, multiple genes are involved; some diseases are caused by a number of mutations. Possibly, we could prevent the incidence of such diseases by elaborate screening of foetuses. We could then identify the foetuses affected, and possibly act upon this. But in this case, the end doesn’t by far justify the means. In order to prevent the birth of a single baby with a hereditary condition, we would have to screen thousands of prospective mothers in a costly and burdensome program. As said before: almost all hereditary conditions are rare; some are very rare.

In families with known problems (hereditary or otherwise), we could use our knowledge; by testing children and adults on the presence of the mutations in question in their DNA. Here, quite a number of ethical questions come into play. Do we have to test a large number of people on conditions that would take them ill just in rare cases? Yet, we can point to a positive result here: the detection of hereditary breast cancer. This allows the patients to decide whether they would like to be treated, surgically or otherwise, if at all. In the spirit of this age, the success of Taxol, among others precisely in the treatment of breast cancer, is not given a lot of attention.

Although the number of successes is limited, the biotech discovery process thunders on. We can identify and localize pathogenic genes. We can modify genetic material in microorganisms, with much positive result. We can transfer humane, animal or vegetal genetic material to a microorganism and in so doing, induce it to produce useful substances. 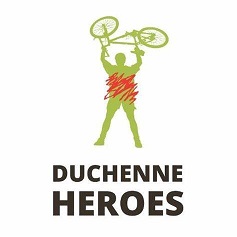 Why then wouldn’t we be able to use this biotech for replacing erroneous humane DNA, or components thereof, by correct and healthy material? Even in each and every cell in our bodies (counting some 60 trillion)? The theory runs as follows. Take a virus; like all viruses, it needs a humane cell in order to be able to reproduce. Strip it of its pathogenic parts; analogously to the production of a vaccine. Insert the part of the humane DNA required into the partial virus; then administer this to the patient. The partial virus together with its load penetrates into the cells of our bodies and exchanges its genetic material with the faulty gene in the DNA (quite an oversimplified concept). In order to maximize interaction, we insert the loaded virus as closely as possible to the source of the disease. In children’s noses if they suffer from cystic fibrosis; in the muscles of the arm of a Duchenne patient through an injection.

Unfortunately, results amount to virtually nothing and costs are beyond our imagination. The entire concept is faulty! The disease isn’t the result of one faulty component in the machine. People are not like cars, where we can successfully replace components. Causes are spread over the entire complex organism. We cannot improve upon a bad performance of a Wagner concert either if we change a single note, or a few ones. And there is more. The virus doesn’t succeed, or hardly so, in delivering its load at the proper location, or in inducing our bodies to produce healthy cells.

And disappointment is the final result….

Around the turn of the century, there is a general feeling of disappointment. All the more so as another promise doesn’t work out: genetically changing animals (primarily pigs) in such a way that they will produce healthy organs, to be used for transplantation in humans: hearts, livers, kidneys. The inflated promise that we will be able to develop medicines rationally appears to be wrong again. It fails because of incorrect assumptions. Hereditary conditions make up just a tiny bit of all human diseases; the majority of such conditions has gone down the drain in millions of years of evolution. The mere idea that with a few manipulations, we could repair the mechanisms gone wrong, is pure vanity.

We come to the most important point to be made. We have grossly underestimated the complexity of even the most tiny component of humane life, the biological cell. The metaphor of DNA as a thick volume is seriously misleading. As if we should be able to prevent diseases by just correcting a mistake here and there. The assumption that the DNA code for production of proteins is straightforward, is much too simple. The code will work out differently under different conditions. The metaphor of the orchestra is a better approach to reality. All elements taken together are responsible for a perfect performance; but the perfect performance doesn’t exist. Each director interprets the score in his or her wonderful way. Everything is related to everything else. That also implies that our knowledge will continue to grow, but will never be complete.

We wrap up the argument. Biotech, our knowledge of DNA and of the functioning of the cell have grown a lot. But reality is much too complex. That’s why this entire body of knowledge has hardly given rise to the development of new medicines.