The title of our last episode (Pride comes before a fall) may not do justice to the major importance of the sulfas for the further development of medicinal chemistry. In fact, the sulfas mark the start of a new era in medical history. Their importance equals that of other major steps: the development of anaesthesia; and the appreciation of the importance of hygiene, together with the use of disinfectants. 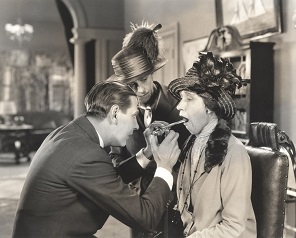 A few data give an impression of the major achievements of the sulfas.
– They reduce number of casualties at childbirth in the US from 5-7 per thousand in 1930 to less than one per 1000 in the ‘50s.
– Before introduction of the sulfas, 30% of hospitalized patients with pneumonia die. That number is reduced to 12% when sulfas come into use, and to less than 5% as penicillin comes in.
– Meningitis is a grave condition for hospitalized patients in the beginning of the 20th century: 70 to 90% of them die. A vaccine reduces this to 30%, and the sulfas reduce it further to below 10%.
– Until the advent of the sulfas, some infections can be treated with vaccines. But doctors treat most cases with rest, good food and drinks, an hygiene, hoping that the body will cure itself.
– Sulfas make a major contribution to medical practices; after their introduction, patients with an infection don’t make up the majority of cases in hospitals any more.

People start trusting science (chemistry, bacteriology, pharmacy), and this transforms medicinal practice from about 1937 onwards. The doctor’s knowledge from experience is being supplemented with chemotherapy. Industry starts to be important in this field: in research, development and medicines production. Further development of vaccines stalls because of the remarkable growth of medicinal chemistry. Chemicals do much more than just treat infections. In the ‘50s, the FDA approves up to 50 new medicines yearly, for treatment of all sorts of conditions. 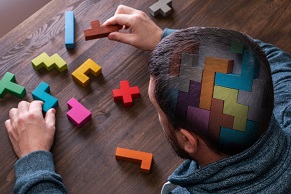 Some of the protagonists of our story get infected by the growing optimism. Among them Howard Florey and Ernst Chain, who by the end of the ‘30s resume the work on penicillin done by Alexander Fleming. In his book ‘The Miracle Drugs’ (1949), Boris Sokoloff puts it as follows: ‘we are still only at the beginning of the new era of medicinal chemistry and chemotherapy…. Sooner or later, our armament of anti-microbial substances will become so rich and powerful that only a few, if not all disease producing germs may remain beyond the reach of the weapons in the arsenal of science.’ Such optimism also leads to magnificent results in the battle against tuberculosis and leprosy, as we will see in episodes to come. Following the successes with sulfas, research is also successful in conditions of the thyroid gland and in diabetes. We can add to this the treatment of gout and heart failure, and the development of diuretics.

Intermezzo
For years, the German development model for medicines was unparalleled. It was founded in a close scientific/corporate cooperation on a project basis. But for some time, other countries didn’t copy this model. Even though WW I was a stimulus for pharmaceutical and medicinal-chemical research in France, the UK and the US; in particular because of restrictions on imports of fine chemicals and bulk medicines. Industry received a boost as well, but even so, German corporations remained leading in the field of medicinal chemistry. And they retained this position, even in the thirties under the Nazi regime. German corporations continued to expand into countries like the UK and the US. Even in 1938/39, the German share in world-wide pharmaceutical trade amounted to more than 40%. But in the end, the terror of the Nazi regime was a decisive blow to the German model. By that time, particularly in the US, industry had learned how to speed up results by a close scientific/corporate cooperation. Nevertheless, during the first years after the war, results were restricted mainly to sulfonamides and closely related compounds.

By mid-century, pharmaceutical research has changed a lot. Industry and science have taken the lead. Patents become very important for business. Statistics become of prime interest because of the large number of patients to be treated with chemotherapeutics. The control group, the placebo and the double blind experiment become standard practice. Formerly, medicines were presented to doctors with the request to try them on relevant patients (be it after extensive lab research and animal testing). At times, such procedures led to quite contradictory results. This is one of the reasons why the sulfas were not accepted as quickly in the UK as in Germany. In such procedures, the doctor’s willingness to use the medicine and to select patients are of major importance. Now regulation of the admission of new medicines from medicinal chemistry becomes fully professionalized and much stricter; first of all by the (American) FDA. A new medicine should have the desired effect and be safe; but moreover it needs to be better than medicines already available.

The FDA strengthens its grip on medicines production during the ‘40s and ‘50s. Two disasters speed up the introduction of Good Manufacturing Practices (GMP), working along protocolled, controllable and validated procedures. The first is the disaster with Elixir Sulfanilamide, treated in Episode 9. The second disaster, involving hundreds of casualties and persons taken ill, happens when some phenobarbital (Luminal, an antiepileptic agent) ends up in a batch of sulfamethoxazole. This takes place at Winthrop Chemical Company, in December 1940.

By the end of the ’50s, many publications appear in the literature on sulfas and chemotherapy regarding side effects, abuse of drugs and resistance. From 1943 onwards, there are clear signs of resistance in military medicinal practice. In the army, large-scale preventive use of sulfas is quite common, an ideal breeding ground for resistance. This surfaces first in the treatment of gonorrhoea and streptococcal infections. Later, resistance also appears in the bacterium that causes meningitis. Nevertheless, resistance is of minor importance until ca. 1960. Then, enthusiasm on the miracle drugs and the prospective end of all medical conditions is waning; common comes in its place. People are getting aware now that conditions can be treated, but that they are here to stay through on-going change in their nature and properties. 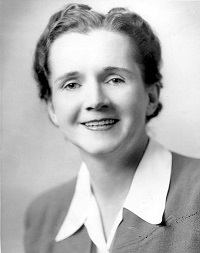 From common sense to modesty

Then, the Softenon disaster happens. Common sense disappears, and here comes modesty. Reinforced by publication, around the same time, of Rachel Carson’s Silent Spring; and by a conspicuous lack of results in large-scale research into the treatment of cancer and heart attacks. Now, people tend to embrace the opposite: distrust of chemical industry and chemotherapy. Trust only reappears much later, from the ‘80s onwards. Then people also start to use the term chemotherapy again, but now exclusively in the treatment of cancer. By the way, the word still has the meaning in which it was coined by Ehrlich: targeted use of chemicals, not for treatment of the symptoms but as a cure. Researchers then start to reflect again on the possibility of a rational design of medicines, on the basis of our knowledge of processes within the biological cell. But that line of research hasn’t yet made a breakthrough. Maybe an observation by American Cyanamid’s Richard Roblin, made in 1950, may still be valid: we cannot design medicines rationally yet, because of insufficient knowledge of processes within the cell. According to him, success is based on screening of a large number of molecules, chance observation, or on a combination of both. Having said that, we cannot deny that progressive insight into the cell’s processes inspire us again and again to perform new research. Success is often unpredictable and surprising; but that is just an inspiration for perseverance.