Thirty years after pharma found the way ahead, around 1980 its motor suddenly starts to falter. Interest in the medical profession comes to a low end in a number of areas. The US National Institute of Health (NIH) awards just half of the number of scholarships in comparison to the ‘70s. The number of new medicines approved yearly by the FDA falls from over 70 to a mere 20. And then, the quality of this small number is quite debatable too. 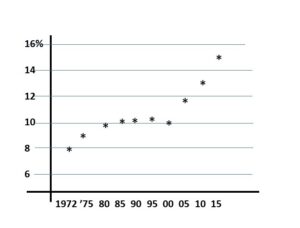 Healthcare  expenditure in The Netherlands as a percentage of  GDP. Adapted CBS data. Click to enlarge.

Industry offers a number of explanations for this decline. Ranging from ‘we dispose of many excellent medicine already’ to ‘standards for admission have become too strict’ and the thalidomide tragedy. Lead times for the development of new medicines increase, from under 5 to over 10 years. Cost rises with them, from several millions in the sixties to several hundreds of millions in the nineties. Industry still hopes that rational design of new medicines will at last take over from looking for needles in haystacks; but this never happens. Even though we now have a much more extensive knowledge of biochemical processes in the body; and of the mechanisms along which medicines change them. 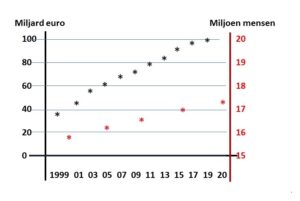 The gloomy outlook remains, in spite of the development of new medicines. Even successful medicines with an aura of rational design like propranolol (a very successful beta blocker), cimetidine (the first successful antacid) and captopril (the first ACE inhibitor, a new category of anti-hypertension medicines). The gloomy outlook doesn’t even disappear as scores of medicines are successfully introduced on the market: beta blockers, antacids (e.g. ranitidine, Zantac) and new anti-hypertension medicines (Enelapril, Lysinopril and others). On the contrary, rational design is still far away. Until the turn of the century, almost all new medicines result from the old-fashioned trade; or they are a form of follow-up of earlier successful medicines. Researchers realize that all knowledge and experience gathered by then wouldn’t have led us to the discovery of penicillin; a sobering thought. And then there is the fatal experience that new theories and hypotheses on the origin of illness (and their practical application) appear to be unfounded as well.

Successes fail to appear even as biochemistry is being renamed biotechnology, and as our insights into genetics increase by leaps and bounds. And even if new medicines would seem to be successful, they fail in the end; like finasteride, rationally designed as a medicine to contain testosterone levels for men with prostate problems. We will look into that more closely in the next episode. And new medicines fail against epilepsy and Alzheimer’s disease, even though cleverly designed.

Cancer research fails to make progress. Here we even witness that researchers are being led by a faulty concept. They try to find the cause of cancer primarily in lifestyles and diets. Large-scale research into smoking and lung cancer for instance, reveals many correlations between diets (and the environment) and cancer incidence. Pressure from the industry mounts to recognize lifestyles and diets as the causes. Unfortunately, this line of research doesn’t produce any proper medicines. Cancer is much more closely correlated to age; but this connection is being denied, vehemently by some. Later, we will witness similar discussions on the development of anti-cholesterol medicines and substances.

But there are small successes as well. Although hardly recognized as such. For instance, doctors discover that they can contain AIDS through a combined treatment of several medicines, each of them rather ineffective separately. And yet, people don’t really recognize this as a success. Strange – for why should we have to find a single molecule all the time, capable of solving major problems? 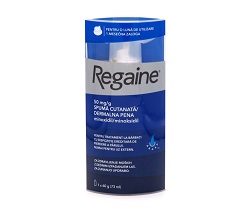 An often trodden path for an industry sector in trouble consists of consolidation and quick fixes, in order to overcome the crisis. The pharmaceutical industry deploys precisely such a strategy, at the end of the past century. Takeovers and mergers are almost daily routine, so to speak. Yet, profit falls to single figures, instead of double ones. And R&D expenses for the development of a new medicine keep on rising. Many patents on former ‘gold mines’ expire, not very helpful here either. And then, there is the strong growth of Asian markets; alongside with that, there is substantial growth in industrial production of generic medicines (free of patents).

Many attempts to defend patented products quickly fail. Using many tricks from the book, Glaxo succeeds in prolonging the protection of its main success, Zantac, with a few years. For that strategy, they employ a large number of lawyers – cheaper than maintaining an R&D department for new discoveries. But of course, such a strategy will starve new earnings in the long run. 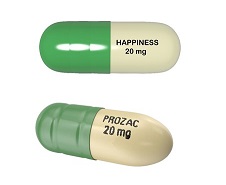 One way out is to develop less important products. Or substances that are halfway medical and other areas of application. But even this strategy doesn’t put an end to the malaise in industry. Remember sweeteners as a substitute to calorie-rich sugars; lifestyle products like Viagra that boost male virility, and Regaine that masks baldness. Originally, Regaine (minoxidil) was introduced on the market as an antihypertensive medicine; but the side effect, hair growing at all sorts of locations on the body, appears to open up a much larger market. Other substances that fit into this category are Xenical (orlistat) against obesity and Prozac (fluoxetine) against depressions. Some even reproach developer Eli Lilly for having ‘invented’ conditions that require the use of Prozac. Medicines that lower cholesterol content of the blood also fit into this category. We will look more closely into this later.

The rules of thumb, formulated in 1950, in the middle of euphoria:
– diseases can be contained by the proper medicines
– bad habits can be unlearned
pose much more of a problem than ever thought. Finding the proper medicine eludes the approach of logic and reason; and people don’t unlearn bad habits anymore. Worse, the ‘patients’ let themselves be fooled with an expensive capsule; they can then continue living the old way and continue their bad habits. Pharmaceutical industry doesn’t find the solution in this period 1980-2000. They have thrown away their reputation; and if they don’t find the needle in the haystack, the only solution they can come up with is to enlarge the number of haystacks.

Medical technology is on the rise; it improves a lot. It becomes part of popular perception of the industry. It seems as if there are no limits anymore to the number of ways in diagnosing and imaging diseases. Diagnostics have given rise to a very profitable industry indeed.

And there seems to be no end to this development. The inventory of medicines or diagnostic gadgets at home is a profitable target for industry. Lending us a (false) sense of security, having as many medicines or tests at hand as doable, in a handy form. This appears to be a growth market, certainly if people decide themselves to buy all those products, medicinal or otherwise. This amounts to trading hope – in the end, hope for a limited postponement of the inevitable death. In 1976, half of all expenses in health care are being spent on the last 60 days before death. The medical profession has invaded technology, and this has become a cash cow. Likewise, the development of technology around pregnancy and childbirth, that far outstrips any gains in the delivery of healthy babies.

Medical expertise is going down the drain

Pharmaceutical industry has looked for a long time for ways to come into direct contact with the patient/consumer. They fulfilled that wish in OTC (over the counter) sales of medicines. But that increased profits for just a while, for then generic medicines came along. Possibly the next step is going to be that medicines develop into consumer goods.

Other areas sometimes show worrying developments. Technical expertise may become more important than medical expertise and communication with the patient. Is the cardiologist a good doctor because he knows all he needs to know about the heart? Or just because he can introduce into the body the catheter for the stent, not just through the groin but also through the arm? Here we have one example of the loss of medical expertise. And it’s not just proper communication with the patient that gets into a tight corner; often, the treatment has become more important than the recovery of the patient. This shows if one compares the table of contents of leading medical magazines, for instance between 1970 and 1990 or 2000.

In the literature, we can find four trends that sum up this decline:
– Growing disappointment and loss of job satisfaction in the various medical professions. Much routine has sneaked into the profession.
– Better performance of the medical profession goes hand in hand with growing worries about our physical condition. And healthcare never falters in offering new treatments.
– Growing interest in alternative treatments; around 1960 this is almost negligible, around 1990 more than 30% of adults are interested. Personal attention is their main asset.
– Costs of healthcare continue to grow, even without any demonstrable improvement. Each year, expenses grow and we moan about budget cuts all the time.