Of course, the successes of sulfas, pens, cefs and all comparable wonderful medicines inspired a lot of research into other applications. Primarily other kinds of infections have been researched a lot, like chronic infections. Likewise, cancer and dementia. And antibiotics aren’t used just on humans; a major field of application is on animals, which includes the use of antibiotics as a growth enhancer. We will go into that in the next episode. Antibiotics are also in use in paint, for the production of surfaces free of bacteria, in many household products, and in breweries, used in order to prevent toxic bacteria to intervene in alcohol fermentation. Unfortunately, almost all these applications have more disadvantages than advantages, because they promote resistance. 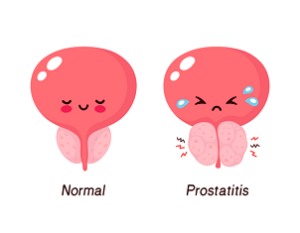 At a certain age, many men suffer from a chronic inflammation of the prostate; but probably, this condition isn’t caused by bacteria. Although a small daily dose of antibiotics may give some relief. Other chronic inflammations may have bacterial causes, among them chronic fatigue, fibromyalgia, Lyme’s disease, sarcoidosis and rheumatic arthritis; here, antibiotics might prove to be useful. One of the theories is that in such cases, bacteria nest into our cells, where they are less susceptible to be affected by our immune system. But even here, the treatment with antibiotics may be problematic, because of possible damage to the mitochondria. These little energy factories are part of each cell in our body; they have a bacterial origin themselves, and that’s why they may be vulnerable to antibiotics. Scientists tend to value positively the application of antibiotics in treatment after a stroke, reduction of the effects of fits of multiple sclerosis, and softening up the effects of Huntington’s disease. In the case of atherosclerosis, there are no clear-cut results. And probiotics appear to be more useful in the treatment of chronic inflammation. This more holistic approach is over 100 years old, developed by Elie Mechnikov. Based on the thought that often, the end of life is caused by something going wrong in the immune system. The chronic presence of bacteria in our bodies (they are always there, and everywhere) then tends to overburden the immune system. In the end, the body doesn’t succeed any more in eliminating the toxic variants. If we should use probiotics, particularly lactic acid producing bacteria in fermented dairy products, this will result in a less burdensome bacterial population in our bodies. Primarily in the intestinal tract. Mechnikov worked at the Pasteur Institute, among others. In 1908, he and Paul Ehrlich were awarded the Nobel Prize for their contributions to a better understanding of our immune systems. On the basis of his work, we should treat acute infections with antibiotics, and chronic infections with probiotics. In a subsequent episode we will delve deeper into the vicissitudes of the microflora, and their effects on and in our bodies. These organisms are much more important than originally thought, we cannot do without them.

Research into causes and therapies of cancer were difficult; and of course antibiotics have been considered as well. There are indications that the incidence of breast cancer may be higher under the influence of antibiotics. But there is positive news too, albeit somewhat vague. Some antibiotics influence cell division; therefore, they can also be used for the purpose of slowing down the growth of cancer cells. But this will of course also slow down growth of other fast growing cells, like those in hairs and nails. Medicines used include bleomycin, mitomycine, doxorubicin and dactinomycine.

Bleomycin is a derivative of a protein and has a rather unique structure. It acts on the reproduction of DNA and is quite toxic. A characteristic that stands in the way of almost all other applications.

Mitomycines are natural products derived from the large streptomycin family, produced by bacteria. Again it has such a complicated chemical structure that one might wonder why nature constructed it like this. Its activity is based as well on an intervention in the replication of DNA. It is toxic to the bone marrow and can only be used in intervals.

Doxorubicin, also known as adriamycin, is one of the oldest anticancer agents. It surfaced, together with many other substances, in research on soil samples, looking for antibacterial and anticancer agents; it dates from the ‘50s of the past century. Italian researchers found this red pigment in, again, one of the representatives of the streptomycin family. And again, its chemical structure is quite unlike that of other medicines. It gave rise to more than 2,000 (semisynthetic) analogues for more detailed research. Here too, the activity is based on an effect on the DNA; its details have been catalogued in great detail. The substance’s most problematic side effect is the increased possibility of a heart attack.

Dactinomycine finally, goes back to 1940; it was discovered by Selman Waksman, who later became famous through the discovery of streptomycin. This is the first antibiotic that also showed antitumor activity. From 1964 onwards, it is being used in chemotherapy on a number of cancers. Its activity is connected to its interference in the reproduction of DNA; it has side effects as troublesome as those of the other medicines mentioned.

And then, a major Finnish research program seems to indicate that use of antibiotics will promote the incidence of cancer. Trustworthy enough at first sight. The researchers kept the score of some 3 million people for 8 years. Afterwards, they looked into antibiotics use and cancer incidence. During this period, more than 130,000 persons developed cancer. For some cancers, they found a correlation with the use of antibiotics; in some cases, cancer incidence was several dozens of percent higher. But it is unclear from the research what is the cause ad what is the effect. The relationship might even be the reverse of what the researchers suggest. For after all, patients suffering from cancer may get administered more antibiotics than others, for instance because the condition has many unpleasant side effects. The text of the article doesn’t point decisively in the direction of a causal relationship; even though the title and later citations suggest otherwise. See: Annamari Kilkkinen, Harri Rissanen, Timo Klaukka, Eero Pukkala, Markku Heliövaara, Pentti Huovinen, Satu Männistö, Arpo Aromaa, Paul Knekt, 25 August 2008, Antibiotic use predicts an increased risk of cancer.

If people suffering from dementia are being treated with antibiotics, this is just intended to prevent any concomitant infections as much as possible. A major threat here is that resistant bacterial strains may develop, in communities that mainly house very vulnerable patients. 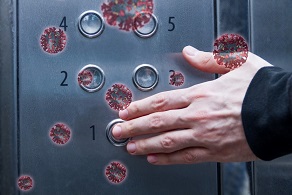 For a sterile surface, we can better use the right material than apply disinfectants. Photo: Shutterstock 1689593650

Many people do not differentiate clearly concepts like hygiene, disinfection, bacteria, antibiotics and antibacterial, and this leads to misunderstandings. Often, people couple the idea that everything should be clean with the concept of ‘free from bacteria’. Producers of household cleaning agents happily play into such mix-ups. No problem, as long as we do not revert to antibiotics, for that will promote the development of resistant bacterial strains. For instance, the common use of tetracycline in shipyards is problematic; it is used in order to prevent the growth of mussels, algae, barnacles and other marine organisms on the ship’s hull. Bacteria are instrumental here. They attach to the hull and form a so-called biofilm, on which other organisms attach easily. Even though the use of tetracycline is less environmentally harmful than that of tributyltin used formerly, toxic to both humans and marine organisms. But paints containing quaternary ammonium salts may be a better alternative. These substances have long been in use as cleaning agents, among others in the food industry and in households.

Triclosan, a disinfectant with over 2000 applications. We are struck by the chemical similarity with DDT, Aldrin, Dieldrin and dioxines.

And then, antibacterial agents like Triclosan can cause resistance to humane antibiotics, even though they themselves are not used as an antibiotic. There is a long list of applications of this substance, and it comes under suspicion. It is used as an antibacterial and antifungal agents in toothpaste, soap and toys, and is widely used as a disinfectant for medical purposes. On top of that it is being applied in shampoos, deodorants, mouth water, kitchen towels, sheets, driving belts and fire-hoses; and for cleaning ice machines and paint baths, or equipment for air conditioners. Applications number over 2,000 now. The substance is in use for the control of mildew as well. It blocks the enzyme that produces fatty acids in the microorganism. Humans and animals produce fatty acids along another mechanism.

Triclosan has been for sale since 1960; but only in 2017 has the FDA started to curb the indiscriminate use of the substance. A point of concern is its disruption on the hormone system. And it tends to eliminate useful bacteria in plants, the soil and fruit. The substance can concentrate in wastewater, even after cleaning, and permeate into drinking water. It has negative effects on algae and many other aquatic organisms. The chemical formula reminds us of chlorinated aromatic compounds like DDT, Aldrin and Dieldrin; and it bears resemblance to dioxins as well.