You are here: Home / 2021 / December / Chemistry vs. bacteria. # 41, Sore throat, runny nose and other unfortunate conditions

Mankind uses antibiotics quite incompetently and irresponsibly. We run into the danger of losing the effectiveness of these great inventions in the treatment of life-threatening infections, through resistance. We even did so within two, at most three generations. We call resistant pathogens the microorganisms that succeed in turning around the battle between chemistry and bacteria.

The most important causes of resistance are:
– Unnecessary humane use, on harmless infections or conditions, not caused by bacteria
– Humane use gone wrong, often as the result of not finishing the cure; that gives the latent resistant bacteria new opportunities for survival
– Too much use of antibiotics in the veterinary sector, both in pets and in productive animals
– Large-scale use in fodder as a growth enhancing agent and/or for the prevention of any possible infection.
We will discuss these causes in detail; and not smooth them over. 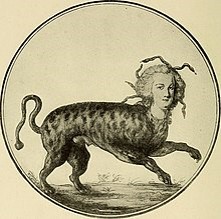 Often, vanity and ignorance are at the root of a promising development gone wrong. These are particularly toxic if they coincide. An example of vanity is the idea that we could put an end to all diseases in the world (an idea that came up when we discovered that many dangerous infections are caused by bacteria). As if bacteria were the only pathogens. That idea was reinforced by the actual development of the sulfas and the discovery of penicillin and streptomycin. We didn’t wonder how and why antibiotics are produced by all kinds of microorganisms; and even if we did wonder, answers were very slow to develop. Insights into the causes of resistance went down the same road. Vanity came to its summit around 1950, in the concepts discussed earlier:
– We can cure all illnesses by use of the proper medicines
– We can unlearn bad habits.

Nowadays we will phrase it differently; but our present misunderstandings of the potential of the medical science and the pharmaceutic industry are almost as important. There still is a large divide between what we (think we) know, and what we can redress or cure. In modern marketing and in the media, we can find even harsher exaggerations than in the triumphant and often misleading headlines when sulfas and penicillins were discovered. 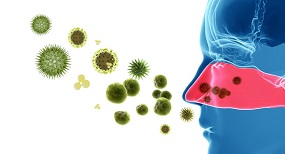 For most infections, we don’t need antibiotics. Photo: Shutterstock 180486686.

After the triumphant publications on the life-saving achievements of the sulfas and the penicillins, doctors gradually start to prescribe them routinely. Less important discomfort now comes into the picture for treatment by antibiotics. Take the sore throat. Less than 10% of sore throats is caused by a bacterium. But more than 70% of patients with a sore throat who visit their doctors, will leave the premises with a recipe for an antibiotic. Whereas all doctors have everything at their disposal that will allow them within 10 minutes to know what the cause of the condition is. Moreover, almost all sore throats will heal all by themselves within three to five days.

Abdominal pain is another condition that is often unnecessarily treated with antibiotics. We need to establish the real cause first. It is quite possible that there are a number of causes at the same time. The only bacterium that can be involved is H.Pylori, the bacterium that causes ulcers. We do need to treat that with antibiotics. And yet, keeping up the stomach’s acidity is the best way to contain H.Pylori’s growth. A simple treatment consists of ingestion of diluted apple cider or vinegar during the meal. Other remedies for containing the growth of H.Pylori are cranberry, liquorice root, golden seal (Hydrastis canadensis) and camomile. Generally speaking, infections that are not life-threatening should not be treated with antibiotics. Most of these conditions blow over all by themselves; in addition to that, there are many common medicines that can cure conditions.

A recurring theme on the question whether or not to prescribe antibiotics is, what to do if one runs into problems with the intestinal tract while on holiday. Almost always these are caused by bacteria, primarily the well-known E.coli; or campylobacter, and in rare cases, the cholera bacterium. Viruses play their part as well, albeit in a minority of cases. The Norovirus is infamous, it pops up not just on holiday or on a cruise ship, but in homes for the elderly as well. We don’t have vaccines, except for cholera.

Use of antibiotics is being advised against; even though most of the time, a bacterium is the cause. For two reasons: the fast development of resistance; and the damage to the flora of the intestinal tract, required for the proper functioning of that same tract. The most important preventative measures are hygiene and a proper diet. Probiotics will often help as well. And bismuth preparations. A common form of diarrhoea can be treated with a drink consisting of one teaspoonful of salt and eight teaspoonfuls of sugar in 1L of boiled water. If that recipe isn’t trustworthy enough, one could obtain the salt/sugar mixture from the pharmacy; or make the choice for Imodium. An interesting discovery by the Belgian company  Janssen Farmaceutica, and derived from morphine. The molecule has been tweaked in such a way that it cannot enter into the blood stream (and therefore not reach the brain); but it will calm down the intestinal tract, almost to a standstill, and therefore prevent loss of moisture and allow the intestines to recover. 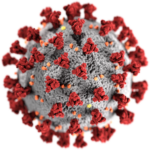 Viruses and bacteria (Wikipedia): A virus is a submicroscopic infectious agent that replicates only inside the living cells of an organism. Illustration from the American CDC Institute.

Antibiotics are inactive to viruses

Viruses cause the common cold and the flu. In less than 1% of incidence, bacteria may be involved; but in these cases, the patient will be severely ill. Therefore we need to establish the cause before treating the disease. The same holds true for bronchitis, and for most cases of inflammation of the ear and sinusitis. Particularly if infants and children are affected, it is wise to wait and see how the condition develops. If it appears to be serious, we need to establish the true cause of the disease. And even then, we need to avoid as much as possible the use of antibiotics, because of the negative effects on the flora of the intestinal tract. We need to avoid altogether treating the flu with antibiotics. Antibiotics have no effect, and antiviral medicines have many side effects. Resistant viruses develop fast; even faster than resistant bacteria. In case of a serious illness it is more important to establish the cause and act on that, particularly if the patient is vulnerable. On the elderly, vaccination is a good strategy. In general we need quick tests on the true cause of the infection, rather than a better antibiotic agent. Likewise, the dentist and the optician generally don’t need an antibiotic. 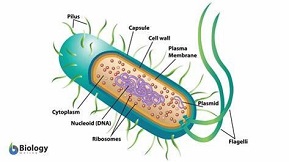 Resistance is a rare phenomenon in the treatment with vaccines, in contrast with treatments with medicinal chemicals, like antibiotics and antivirals. With most medicines, resistant pathogens pop up within 5 years of their introduction. Sometimes these are even discovered during their development, or as they are being introduced on the market. Although sulfas, streptomycin, erythromycin and vancomycin have been in use for more than 10 years without any reports of resistance. But with vaccines, resistance is a rare event. In over 100 years, just three vaccines have been taken off the market because of resistance: the vaccine against pneumococci, the vaccine against hepatitis B and a vaccine against whooping cough. The flu vaccine is a category on its own. Because of the major variation in influenza viruses and their continuous development, each vaccine is just out of date. It is always just off the mark.

Vaccines train our immune system in recognizing and eliminating the pathogens that cause the infection. The immune system itself is very versatile and can attack the enemy at various locations. This is an example of a complex combination therapy; a holistic approach. Often therefore, mutations in the pathogenic microorganism will be ineffective. If medicines are chemistry-based, they almost always attack the enemy at the same location; a reductionist approach. Therefore, if that single target changes, for instance because of a mutation in the bacterium or the virus, this tends to render ineffective the medicine used.

And there is yet another disadvantage to chemical treatments. We only start treating patients with antibiotics if the infection has already gained a foothold, so millions of pathogens need to be removed. If the immune system has been trained by the right vaccine, it will attack right away the first pathogen entering. In the most unfortunate conditions, like with the flu virus, we need to ensure that the immune system adapts quickly to the new pathogens. If these change trough mutations, our medicines need to change with them, in the form of (slightly) adapted vaccines. In the case of the corona (SARS-COV-2) virus, the mutation speed is much lower than that of the influenza virus. Here, we can contain the virus through the well-known measures: keeping our distance, and ventilating well. In doing so, we also reduce opportunities for the virus to mutate.

Sources:
Wikipedia: all names and products mentioned
N0-nonsense Guide to Antibiotics, Moira Dolan, SmartMedInfo, 2015; ISBN: 978-09968860-2-4
Why resistance is common to antibiotics, but rare in vaccines, The Conversation, January 11, 2021.